A 1-0 away defeat to Wolverhampton last time out confirmed there is no salvation for Sheffield, as they’ve now lost all chances of avoiding relegation. United’s scoring woes have seen them net a league-low 17 goals this Premier League season, failing to find the net in the division-most 18 matches in the process. Additionally, the ‘Blades’ have suffered 12 defeats in 16 top-flight games at Bramall Lane this season (W3, D1) en route to setting an unwanted club record. Paul Heckingbottom’s men have lost all 11 Premier League fixtures held on Saturdays this term, albeit they have yet to lose a top-flight meeting with Brighton (W1, D2). Going back to 1989, all five competitive H2Hs between these two sides here have seen both teams on the scoresheet, with four of them containing 3+ total goals.

Meanwhile, the visitors head into proceedings having played out back-to-back goalless draws with Everton and Chelsea. Before that two-game sequence, none of Brighton’s previous six Premier League fixtures had ended level (W2, L4), with five of those results (win/loss) yielding a narrow one-goal margin. A close encounter is well on the cards, considering each of Albion’s eight Premier League trips since the calendar flipped to 2021 has seen the sides separated at full-time by under 1.5 goals (W3, D2, L3), with four of the six games won/lost in that period producing the identical 1-0 scoreline. The low-scoring first-half theme has highlighted Brighton’s away Premier League matches this calendar year, with seven of eight featuring under 1.5 goals before half-time. The ‘Seagulls’ have developed a habit of falling behind without bouncing backing, surrendering the points in 72.73% of the league games in which they conceded first this season (GP11 – D3, L8). 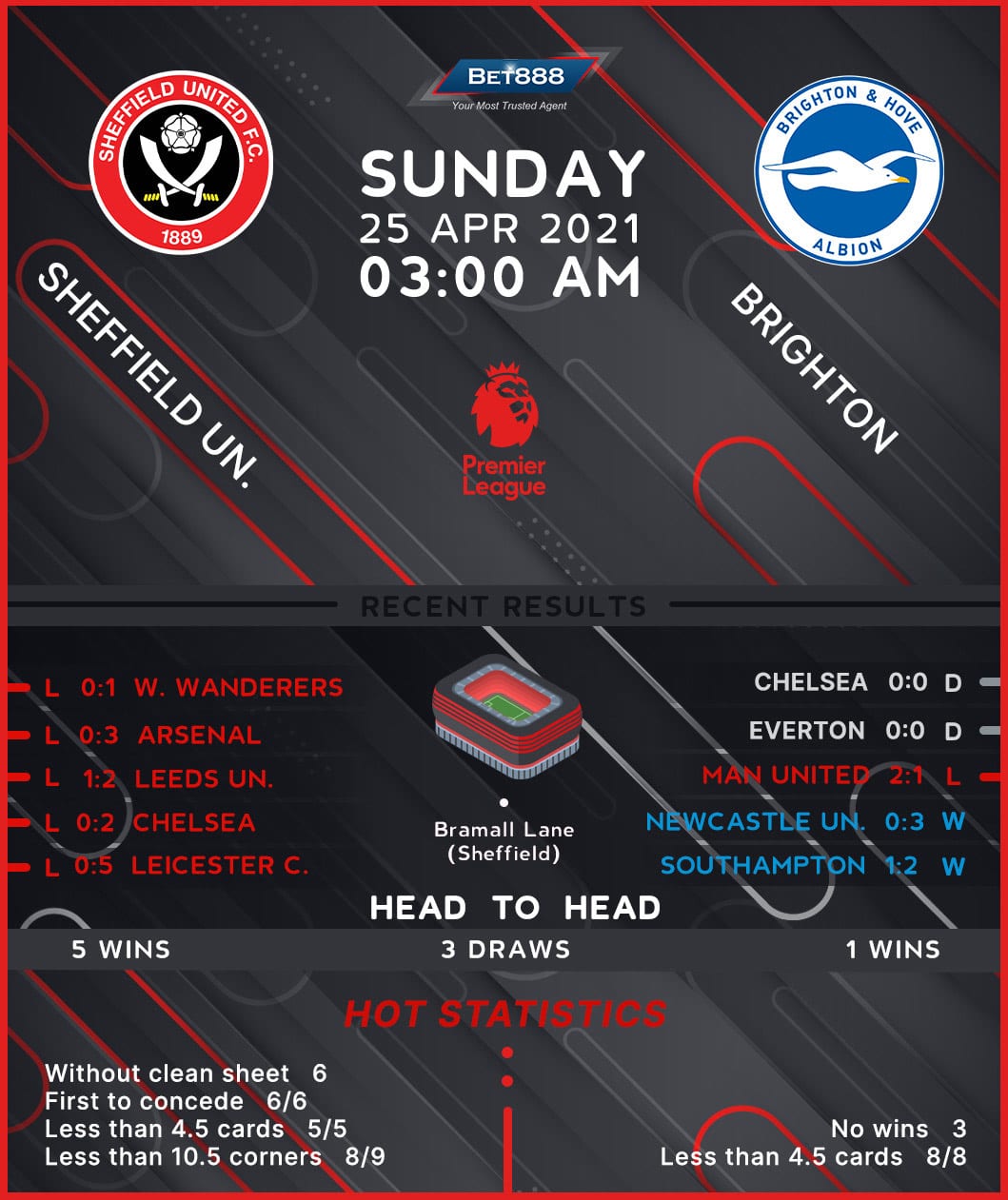