Dead-last Sheffield United entertain resurgent Chelsea at Bramall Lane, looking for any points they can get to increase the slim chances of avoiding the Premier League relegation.

Sheffield United have won two of their last three Premier League fixtures (L1), which is one more than they managed in their previous 19 (W1, D2, L16). Curiously, the ‘Blades’ have scored four goals in their last three Premier League home outings (W2, L1), as many as they managed in their previous nine at Bramall Lane! Given Sheffield’s footballing stature, it may come as some surprise that they’ve won nine of their last 15 competitive meetings with Chelsea at this venue (L6). Starting well will be of the essence, particularly as Chris Wilder’s men have lost 87.5% of the matches in which they conceded the opener this Premier League campaign (GP:16 – W1, D1, L14). However, slow-starting Sheffield have found the net inside the opening 15 minutes of play only once in their 11 Premier League home games this season.

Meanwhile, a narrow 1-0 away win at Tottenham last time out made Thomas Tuchel the first Chelsea manager since Jose Mourinho back in 2004 to keep clean sheets in his first three Premier League games in charge. It now means that none of Chelsea’s last eight away top-flight fixtures have ended in a draw (W4, L4), with 75% of those results (win/loss) seeing the winner on the day keep a blank sheet. Scoring first would bolster the visitors’ chances of winning, especially considering they’ve failed to make a single comeback in their four Premier League trips in which they conceded the opening goal this season (D1, L3). Notably, the ‘Blues’ have won ten of their last 12 Premier League matches against the teams starting the matchday at the bottom (D1, L1). 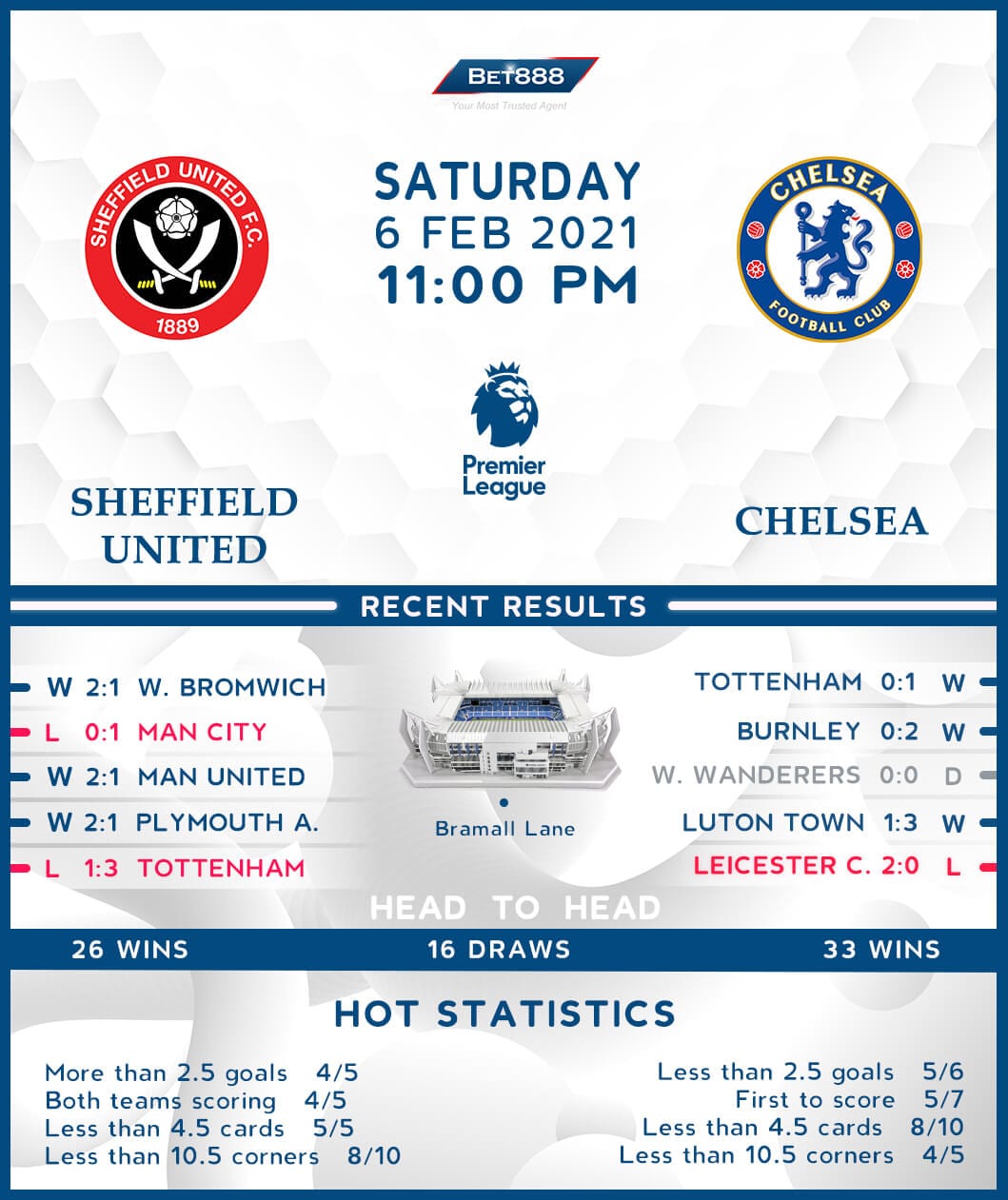