Sheffield United failed to build on a 1-0 win over Brighton in their most recent home Premier League fixture, having suffered a humiliating 4-0 away loss to Tottenham last time out. It was the fifth time in the last five league matches that Sheffield failed to get on the scoresheet as they head into proceedings as the only side yet to smash a 20-goal barrier this Premier League season (18 scored). Curiously, none of Sheffield’s 18 Premier League games since the calendar flipped to 2021 have ended in a draw (W5, L13). The clean sheet was a common theme during that 18-match sequence as 72.22% of the matches won/lost saw the victor register a shutout (13/18). Topically, the ‘Blades’ have won two of their three top-flight meetings with Crystal Palace, losing the other one, with each result (win/loss) yielding a blank sheet.

In the meantime, Crystal Palace found themselves on the wrong end of a 2-0 scoreline against Manchester City last time out, extending their losing streak in the Premier League to three matches. Away from home, the visitors have gone winless in three league games on the trot (D1, L2) since beating Brighton 2-1 on Matchday 25, conceding 2+ second-half goals in each defeat in that stretch. However, Roy Hodgson’s men have been unrelenting against the current bottom three this season, winning both of their top-flight visits to such opposition by an aggregate score of 7-2. Worryingly, though, the ‘Eagles’ have developed a habit of falling behind without recovering, surrendering the points in 90.91% of the Premier League fixtures in which they were trailing at half-time this term (GP11 -D1, L1). 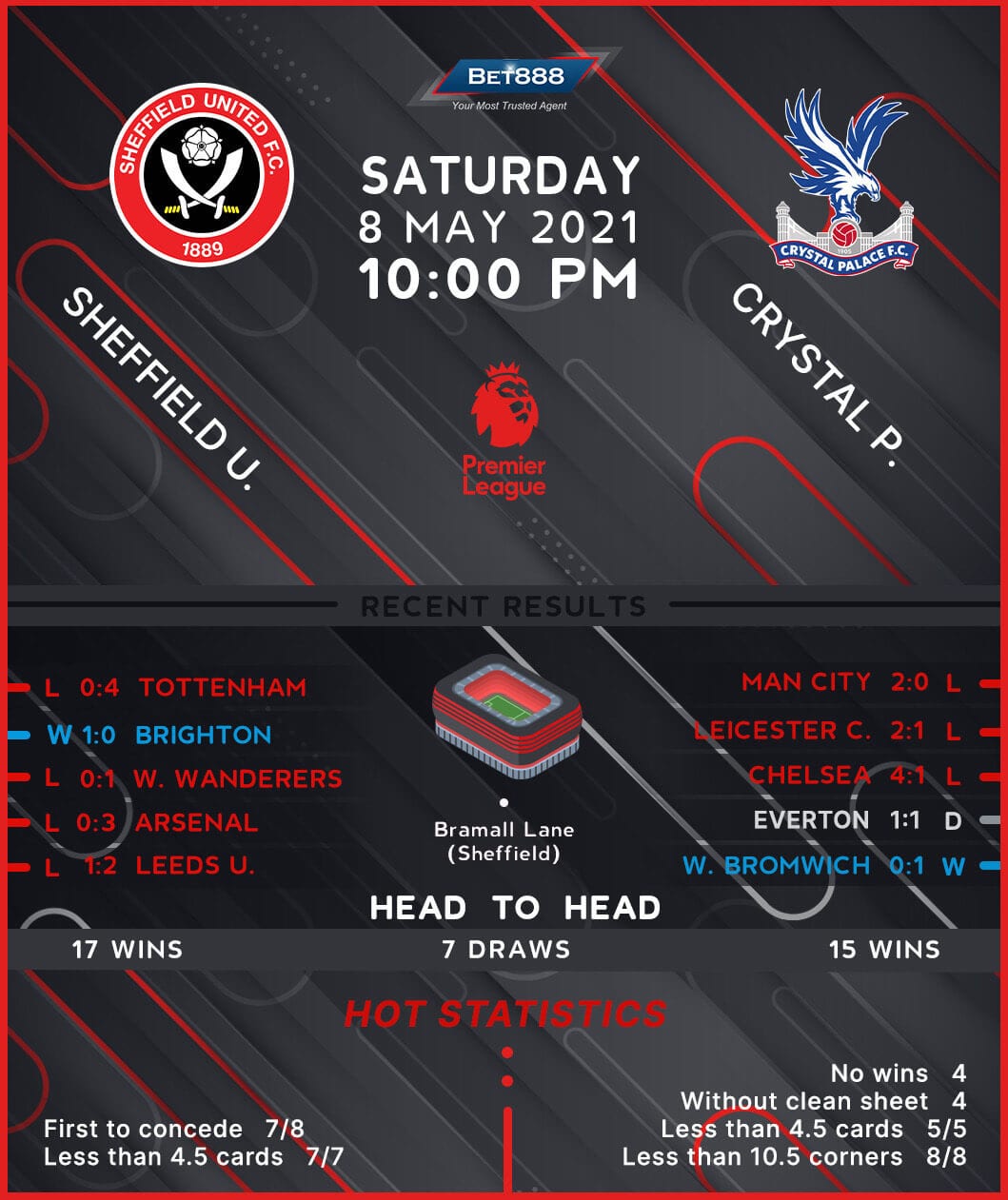