Everton will be looking to maintain their impressive Premier League form when they meet basement boys Sheffield United at Bramall Lane.

Sheffield United can’t catch a break this season, with Brighton’s 87th-minute equalizer stealing the three points away from the ‘Blades’ to leave them bottom of the table without a single triumph after their opening 14 Premier League fixtures (D2, L12). Furthermore, Sheffield are one of just two sides yet to smash a 10-goal barrier this season (8 goals scored), netting over 1.5 goals in only one of their 14 league matches. Also, Chris Wilders’ men have conceded the opening goal in a division joint-high 71.43% of their games this season (10/14), bouncing back only once. The recent H2H stakes don’t favor the home side either, as they have picked up only one victory in their last six Premier League meetings with Everton (D2, L3).

Meanwhile, Everton head into this clash on the back of three consecutive Premier League triumphs, though they did succumb to a 2-0 defeat to Manchester United in the Carabao Cup midweek. Additionally, the ‘Toffees’ have not lost any of their five previous Premier League matches on Boxing Day (W4, D1) and are undefeated in their last seven away such affairs (W4, D3). Yet, their recent league matches have been notably tight, as five of the last six have ended separating the teams by under 1.5 goals (W4, D1, L1). Also, Carlo Ancelotti’s men have returned just a single point from three away Premier League games in which they conceded the first goal (D1, L2). That’s probably because seven of Everton’s ten league goals scored on the road this season have come in the first half of play. 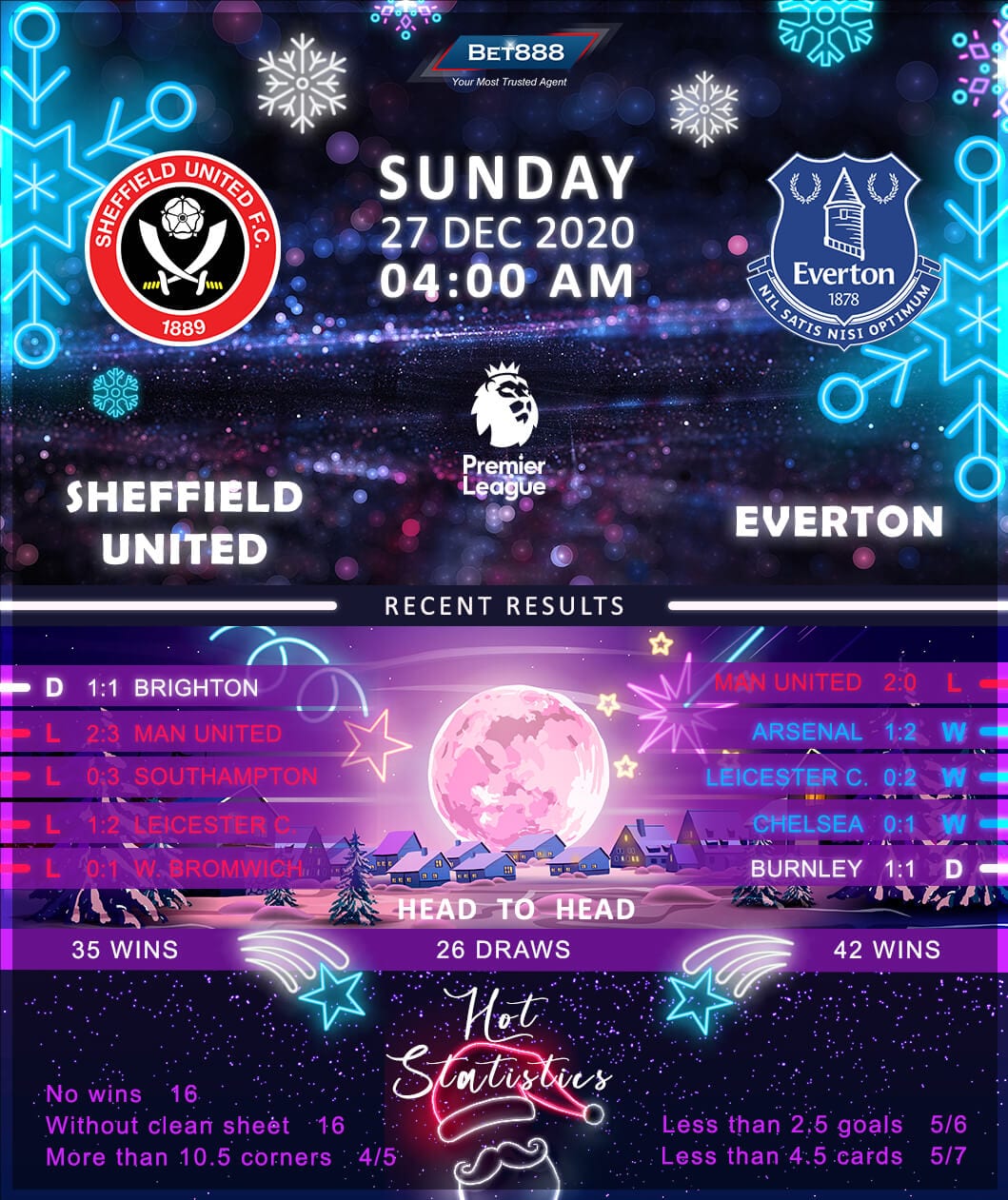