Manchester United head to Bramall Lane to take on rock-bottom Sheffield United, looking to extend an unbeaten run in their away Premier League H2Hs to four games (W2, D1).

It’s been an utterly disappointing start to the season for Sheffield United, as they enter this fixture nailed to the bottom of the table without a single victory from their opening 12 Premier League matches (D1, L11)! Indeed, the ‘Blades’ have lost five of their six home league games this season (D1), drawing a blank on four occasions. A genuine lack of firepower up front has seen Chris Wilder’s side net a league-low five goals on a miserly average of 0.41 goals scored per Premier League match. In turn, they have shipped the opening goal in ten of their 12 league fixtures this term. Additionally, Sheffield United have failed to beat Manchester United in each of their last seven top-flight meetings (D1, L6), conceding over 1.5 goals on each occasion.

Meanwhile, Manchester United have gone unbeaten in five Premier League games (W4, D1) since losing 1-0 to Arsenal in early November, though they did fail to beat cross-town rivals City last weekend (0-0). Away from home, the ‘Red Devils’ have won their opening five league trips despite conceding first on each occasion and have now scored over 1.5 goals in nine consecutive away Premier League fixtures (W9). Far more comfortable after the half-time break, Ole Gunnar Solskjaer’s men have accrued 75% (12) of their 16 league goals scored on the road in the second half of play. Two goals in Sheffield’s net will see Manchester United become the first team in the Premier League history to score at least twice in ten consecutive road trips! 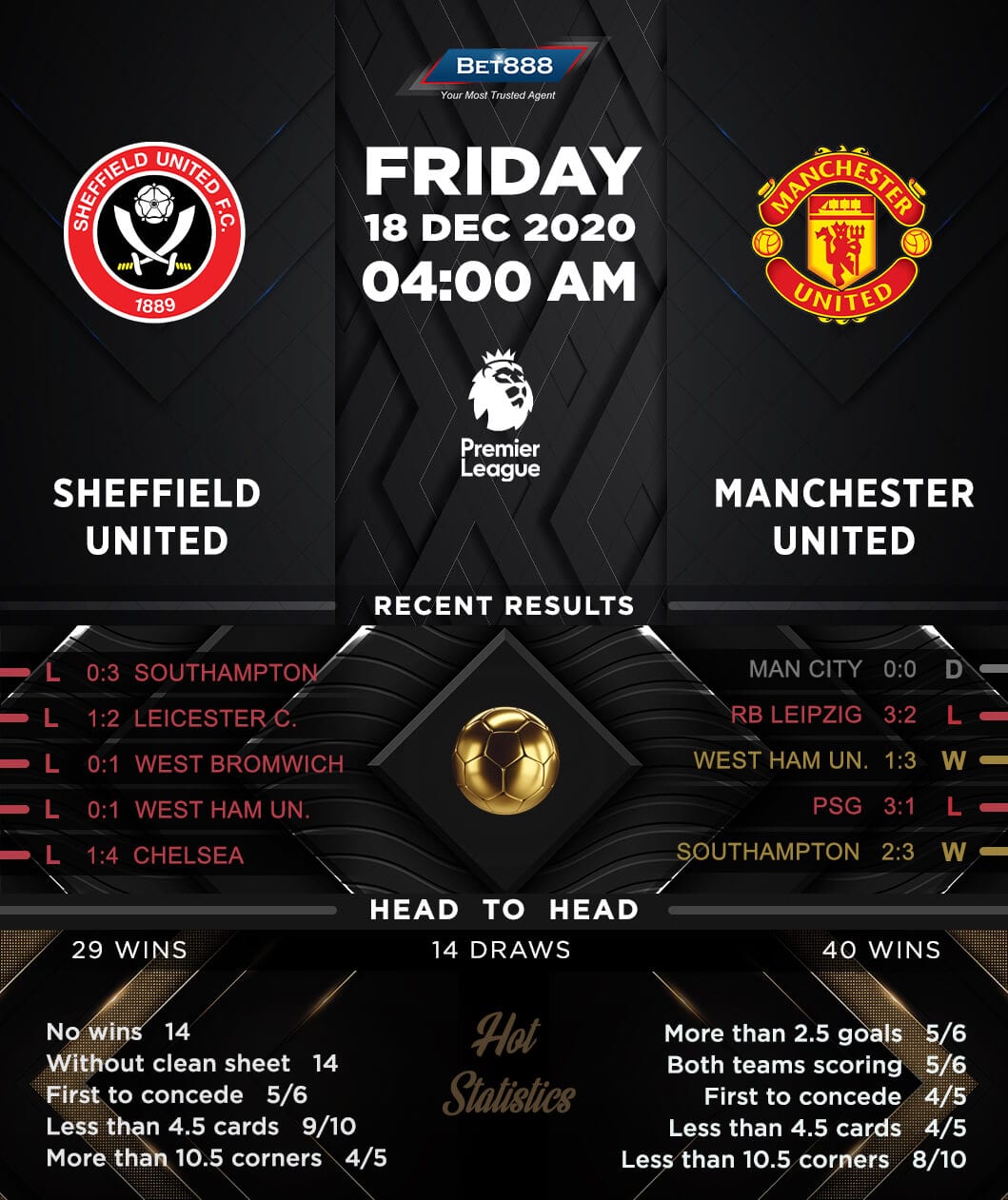