Real Madrid will be looking to exact revenge on Sheriff Tiraspol for an embarrassing 2-1 defeat in the reverse UEFA Champions League fixture when the two sides meet at the Stadionul Sheriff.

Despite suffering a Champions League double at the hands of Inter Milan across the last two matchdays, Group D surprise package Sheriff Tiraspol can still reach the knock-outs, a virtue of back-to-back wins at the beginning of the season. One of those triumphs came at the expense of Real Madrid at the Santiago Bernabéu in what was arguably the biggest upset in European club football this term. The Moldovans have won nine domestic fixtures in a row going into this clash, which should set them up nicely for this high-stake encounter. Any hopes of defying the odds again will hinge on Sheriff’s counter-attacking proficiency, considering they are averaging the lowest Champions League possession percentage (28%) this season. That system has worked out well for the competition debutants so far, as they’ve found the net in all four Group D outings so far.

On the other hand, barring the abovementioned H2H reverse against Sheriff on Matchday 2, Real Madrid have won their remaining three Champions League games this term, meaning a draw in Tiraspol would catapult them to the competition’s knock-out stages for the 25th campaign in a row! After winning their last two Group D matches, ‘Los Blancos’ will be gunning for a third straight Champions League group stage victory for the first time since the 2018/19 season. Furthermore, ‘Los Merengues’ have won both group stage away games without conceding and could make it three consecutive Champions League road wins ‘to nil’ for the first time since February 2015. That prospect is well in the realm of possibility, given that Carlo Ancelotti’s men have won their last four competitive matches on the road by an aggregate score of 13-3. 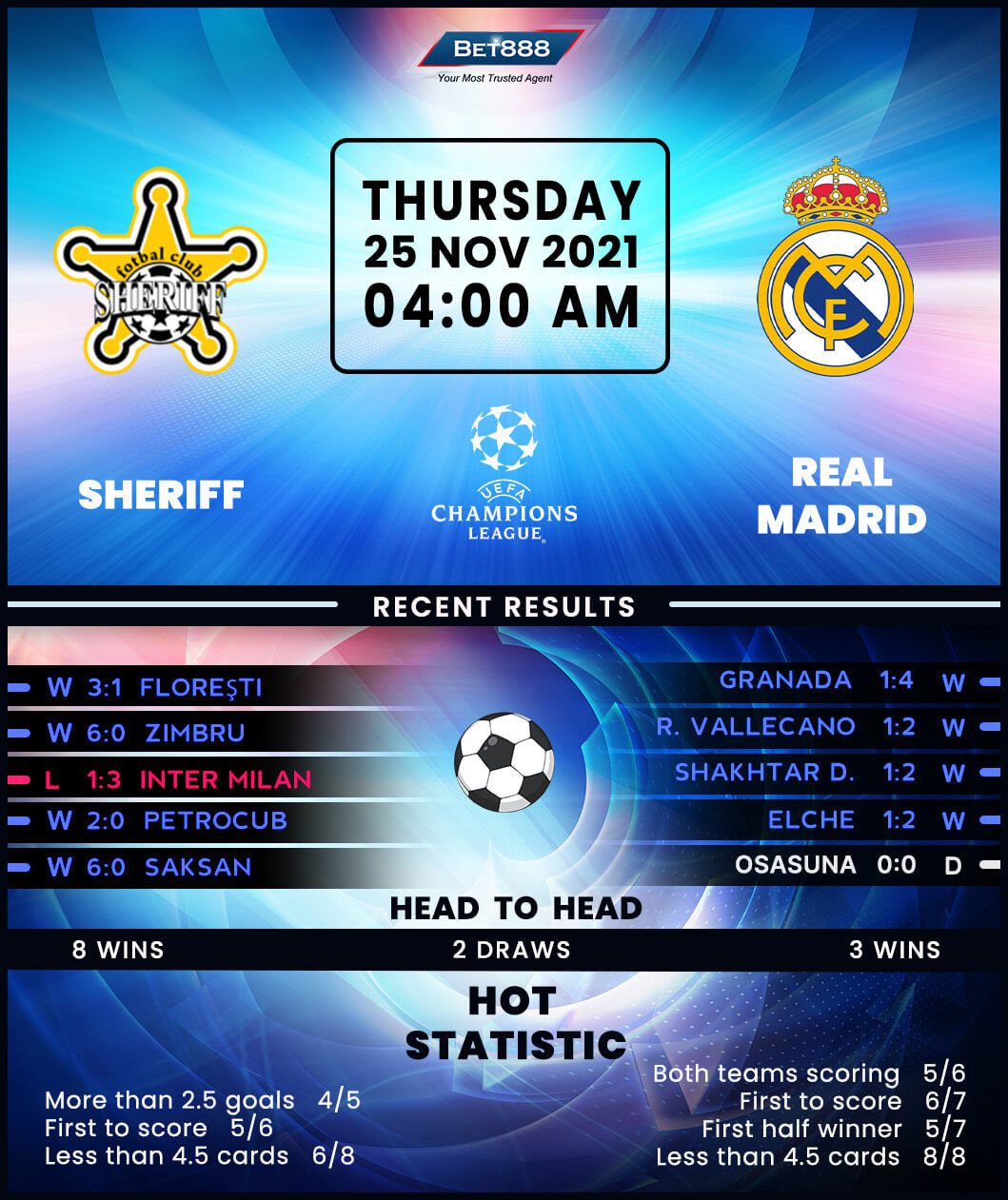