Shonan Bellmare and Kawasaki Frontale will lock horns at the Lemon Gas Stadium in what should be a routine task for the defending J1 League champions.

Shonan have experienced a dip in form since beating Oita 2-0 at home earlier this month as they go into this meeting winless in their last three J1 League matches (D1, L2). It will be a daunting prospect for Shonan to bounce back here, considering they go up against a side they have failed to defeat in any of their last eight top-flight encounters (D3, L5), losing the last four in a row by an aggregate score of 11-1. What’s more, since succumbing to a 3-2 loss in this exact fixture back in the 2016/17 season, Bellmare have failed to get on the scoresheet in their subsequent three J1 League H2Hs as hosts. Before the abovementioned win against Oita, Shonan had played out four goalless home league draws on the bounce.

On the other hand, the reigning Japanese champions have enjoyed a flying start to the season as they enter this round as the only side in the J1 League yet to taste defeat this term (W15, D3). Kawasaki are the most prolific team in the league by some distance, having netted 46 goals so far, at least 17 more than any other side. Since being held to a 1-1 draw to Vissel Kobe on Matchday 5, Toru Oniki’s players have won their subsequent four away J1 League games by an aggregate score of 15-2. They scored in both halves on each occasion during that four-game sequence. Indeed, when Kawasaki win, it tends to be in emphatic fashion, as witnessed by the fact that 73.33% of their top-flight victories this season yielded a winning margin of 2+ goals. 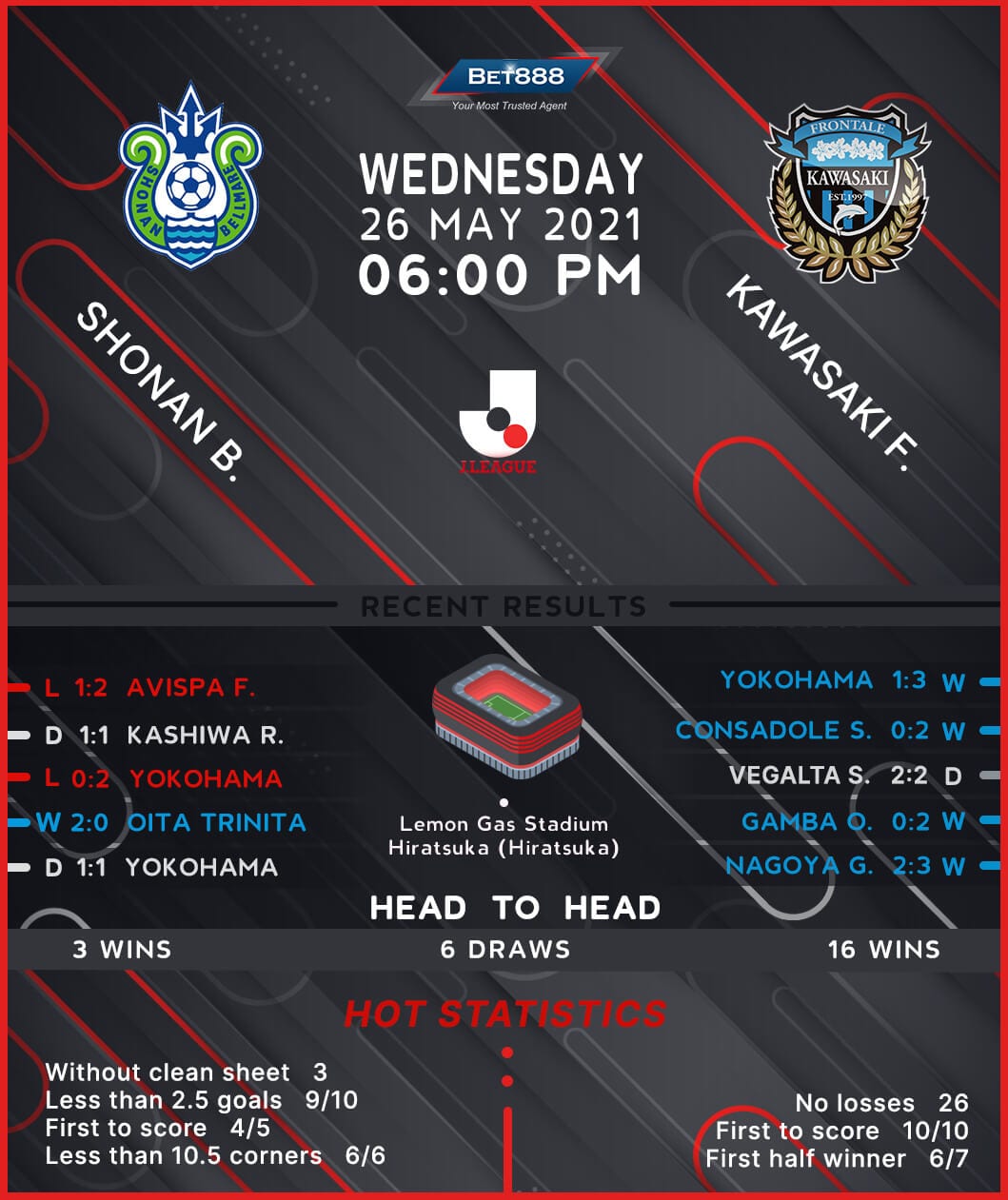