King Saud University Stadium is the venue as Singapore and Saudi Arabia prepare to exchange tackles in the 2020 World Cup qualifying Group D.

Singapore’s hopes of clinching a top-two finish in Group D have dwindled on the back of back-to-back defeats to Palestine and Uzbekistan that saw them concede a total of nine unanswered goals. At home, the ‘Lions’ have endured mixed fortunes in their three home 2020 World Cup qualifying matches (W1, D1, L1), all of which saw over 2.5 goals and both teams on the scoresheet. There’s been plenty of the first-half action in Singapore’s home games in the ongoing World Cup qualification series, with each of their three such contests seeing both teams score before half-time. The hosts have every reason to be wary of this opposition, considering they’ve lost each of their three World Cup qualifying meetings with Saudi Arabia by an aggregate score of 7-0, succumbing to a losing margin of 2+ goals on every occasion.

On the other hand, the visitors have enjoyed a blistering start to this World Cup qualifying campaign, having won four of their six outings in Group D while drawing the other two. Coming off the back of three consecutive qualifying victories by an aggregate score of 11-2, Saudi Arabia will get on the verge of nailing a top place in this section with another win here. Except for a goalless draw with Palestine, the ‘Green Falcons’ have netted 2+ goals in both of their remaining two 2020 World Cup qualifying trips, scoring their first goal of the match in the 23rd minute on each occasion. Worryingly, though, they have yet to open the scoring away from home in the ongoing World Cup qualifying campaign. 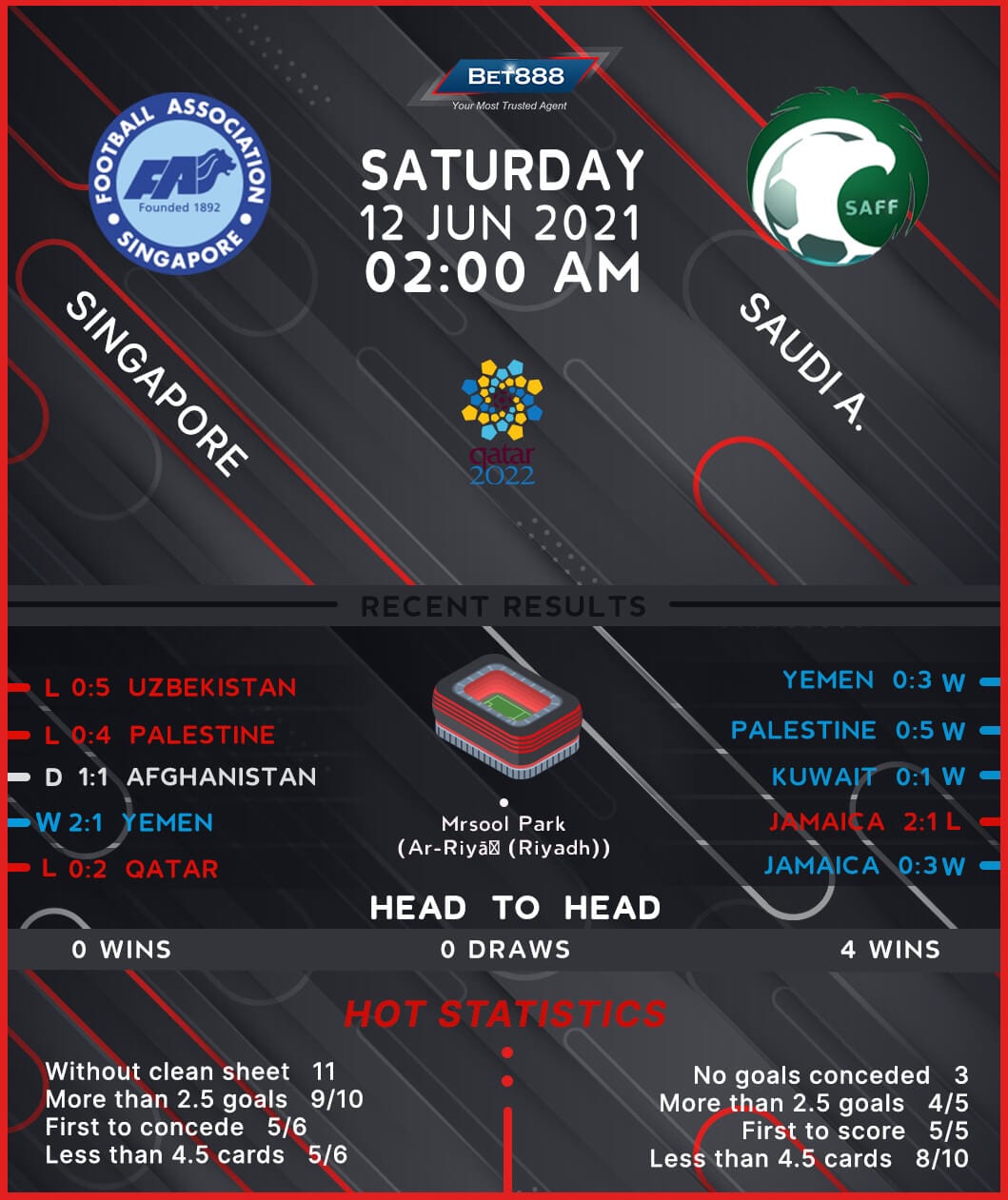