There is everything to play for at the Sinobo Stadium, as Slavia Praha and Arsenal meet in the return leg of their UEFA Europa League quarter-final tie.

Tomas Holes’ injury-time header canceled out Nicolas Pepe’s 86th-minute strike to send sides level into the return-leg decider. A 1-1 draw in London means the Czech giants have not lost any of their five matches in the Europa League knock-out stage this season (W2, D3). Slavia have already ousted two British outfits en route to the quarter-finals, overcoming Leicester City 2-0 on aggregate (0-0 H, 2-0 A) in the last-32 before running out 3-1 aggregate victors against Rangers (1-1 H, 2-0 A) in the last-16. Worryingly, though, Slavia’s 2-0 victory at the King Power Stadium was only their second in 14 UEFA games against English adversaries (D4 L8). On the bright side, however, the hosts have yet to lose at home this Europa League campaign (W3, D2), keeping a clean sheet in three of those five outings.

Despite failing to win the first leg at home, the ‘Gunners’ have maintained their unbeaten UEFA record versus Slavia (W1, D2). What’s more, the Londoners have never lost a competitive match against Czech clubs (W7, D2) and have yet to concede a goal in the country despite already paying it four visits so far (W3, D1). Adding to their confidence, Mikel Arteta’s men have successfully negotiated both of their previous Europa League quarter-final ties, avoiding defeat in all four fixtures at this stage of the competition (W3, D1). The visitors are unbeaten in 11 away Europa League matches on the trot (W8, D3), winning four of their five continental trips this term by an aggregate score of 13-5 (D1). Arsenal’s overall away record in the competition knock-out phase is W6 D2 L3, with four triumphs and a stalemate in the last five games. 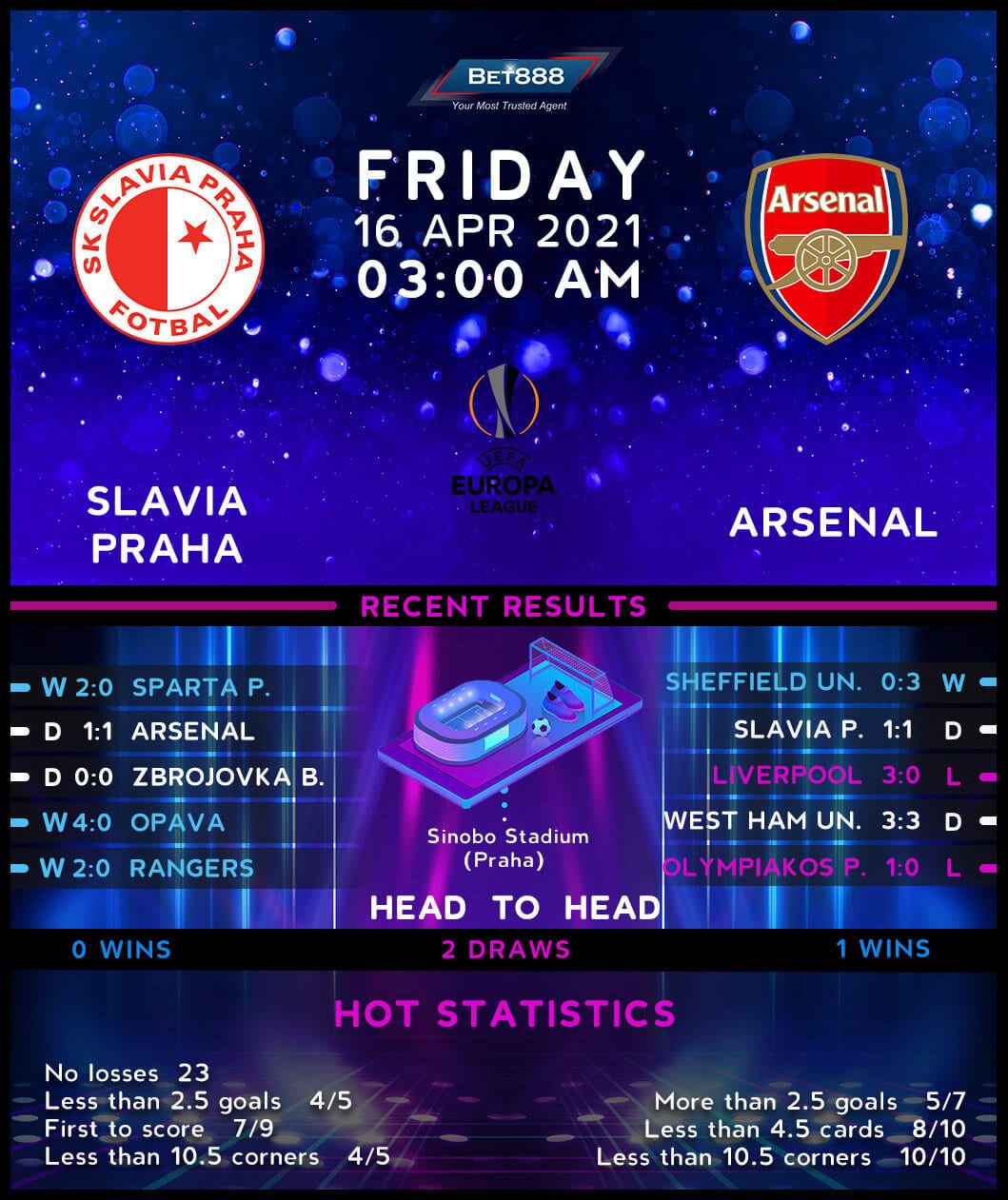