Sinobo Stadium is the venue, as Slavia Praha and Leicester City lock horns in the first leg of their UEFA Europa League last-32 tie.

Slavia Praha head into this encounter on the back of an impressive ten-game unbeaten streak in all competitions (W9, D1), with seven of their nine triumphs in that run coming by at least a two-goal margin. In fact, Slavia’s last competitive defeat dates back to a humiliating 4-0 loss away at Bayer Leverkusen on Europa League Matchday 6, which saw them finish runners-up in Group C with a record of four wins and two losses. However, Jindřich Tripišovský’s men have won all of their three home fixtures this Europa League campaign by an aggregate scoreline of 7-2, scoring precisely two first-half goals in two of those successes. Notably, all but one of Slavia’s six Europa League games this term have produced over 2.5 FT goals, suggesting the potential for a high-scoring contest.

Meanwhile, despite accruing a win, a draw, and a loss in their final three Europa League group-stage outings, Leicester finished top of Group G thanks to a +9 goal difference (GF:14, GA:5). Interestingly, each of their three European trips this season has seen the sides separated at full-time by under 1.5 goals (W1, D1, L1), with two of those games seeing at least one goal scored beyond the 80th minute. A potential reason for concern could be Leicester’s tendency to crumble in knock-out stage matches in major European competition, as evidenced by the fact they’ve only won one of their last ten such contests (D3, L6). Furthermore, the ‘Foxes’ have lost five of their nine continental trips in the 21st century (W2, D2), scoring under 1.5 goals on six occasions in that period. 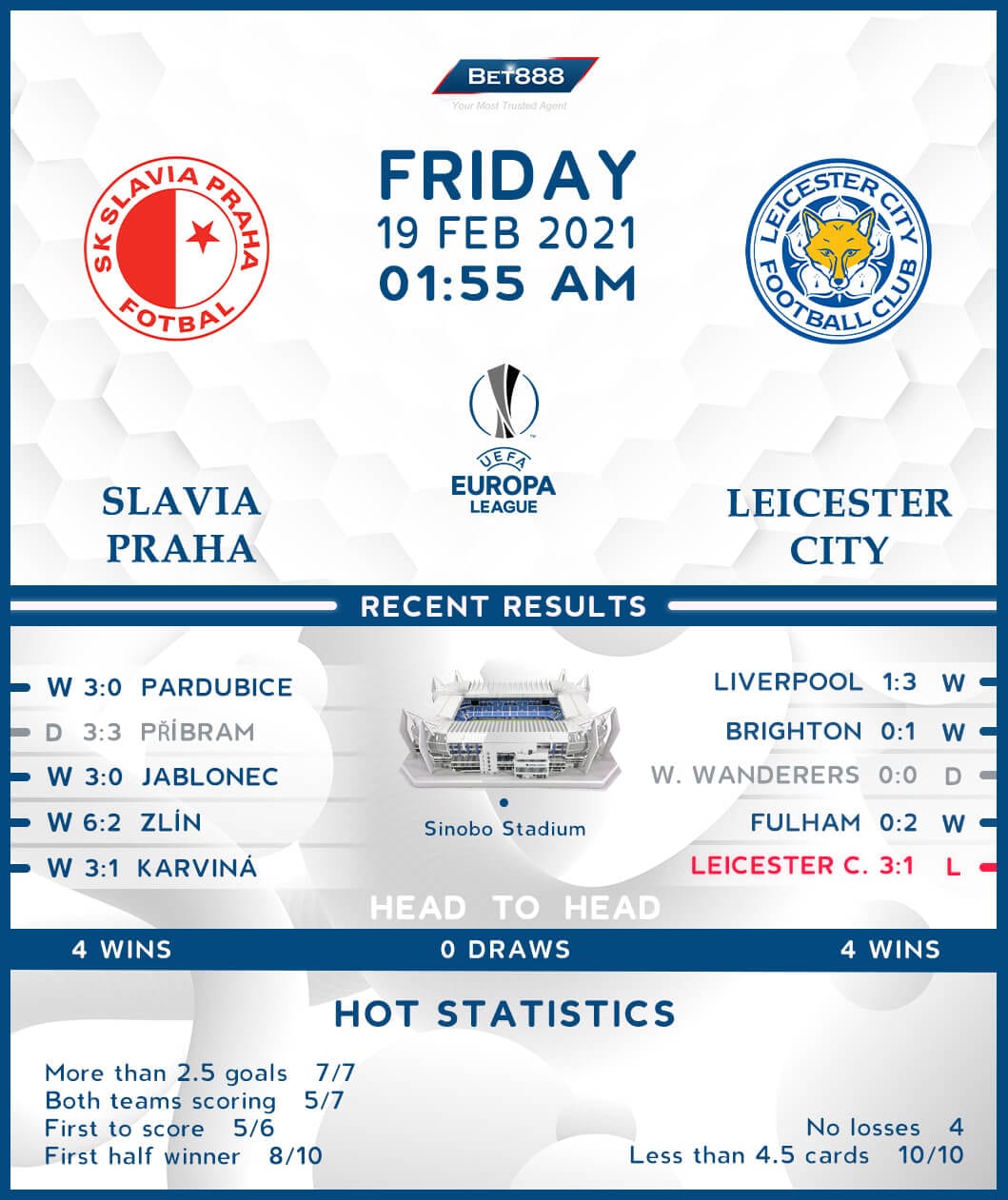