Slavia Praha and Rangers go head-to-head at the Sinobo Stadium in the first leg of their UEFA Europa League last-16 tie.

Slavia Praha performed the first-class surprise to dump Leicester City 2-0 on aggregate in the Round of 32 (0-0 H, 2-0 A) and reach this stage of the competition for the second time in three years. The reigning Czech Republic champions have won both of their previous home knock-out meetings with Scottish sides only to bow out on aggregate score on each occasion. This season alone, Jindřich Tripišovský’s men have won three of their four home games in the Europa League (D1), qualifying excluded, returning a +5 goal difference for good measure (GF:7, GA:1). However, the ‘Červenobílí’ have endured mixed fortunes in their last eight European home matches (W3, D2, L3), qualifying included. Interestingly, five of those eight fixtures saw one or both sides fail to get on the scoresheet.

Fresh from being crowned Scottish champions at the weekend, Rangers will be looking to maintain their unbeaten record in the Europa League this season (GP:11 – W9, D2), qualifying included. Steven Gerrard’s side stunned Belgian outfit Antwerp 9-5 on aggregate (4-3 A, 5-2 H) in the previous knock-out round to set up their fourth away European match against Czech opponents. However, the ‘Gers’ have lost all three of their continental trips to the Czech Republic without scoring. Interestingly, this is Rangers’ third appearance in the Europa League Round of 16, with the Scottish giants failing to progress in both previous attempts. Indeed, they have only scored once in their four Europa League last-16 outings. Encouragingly, though, the visitors have kept a clean sheet in four of their six matches in the competition this term, qualifying included. 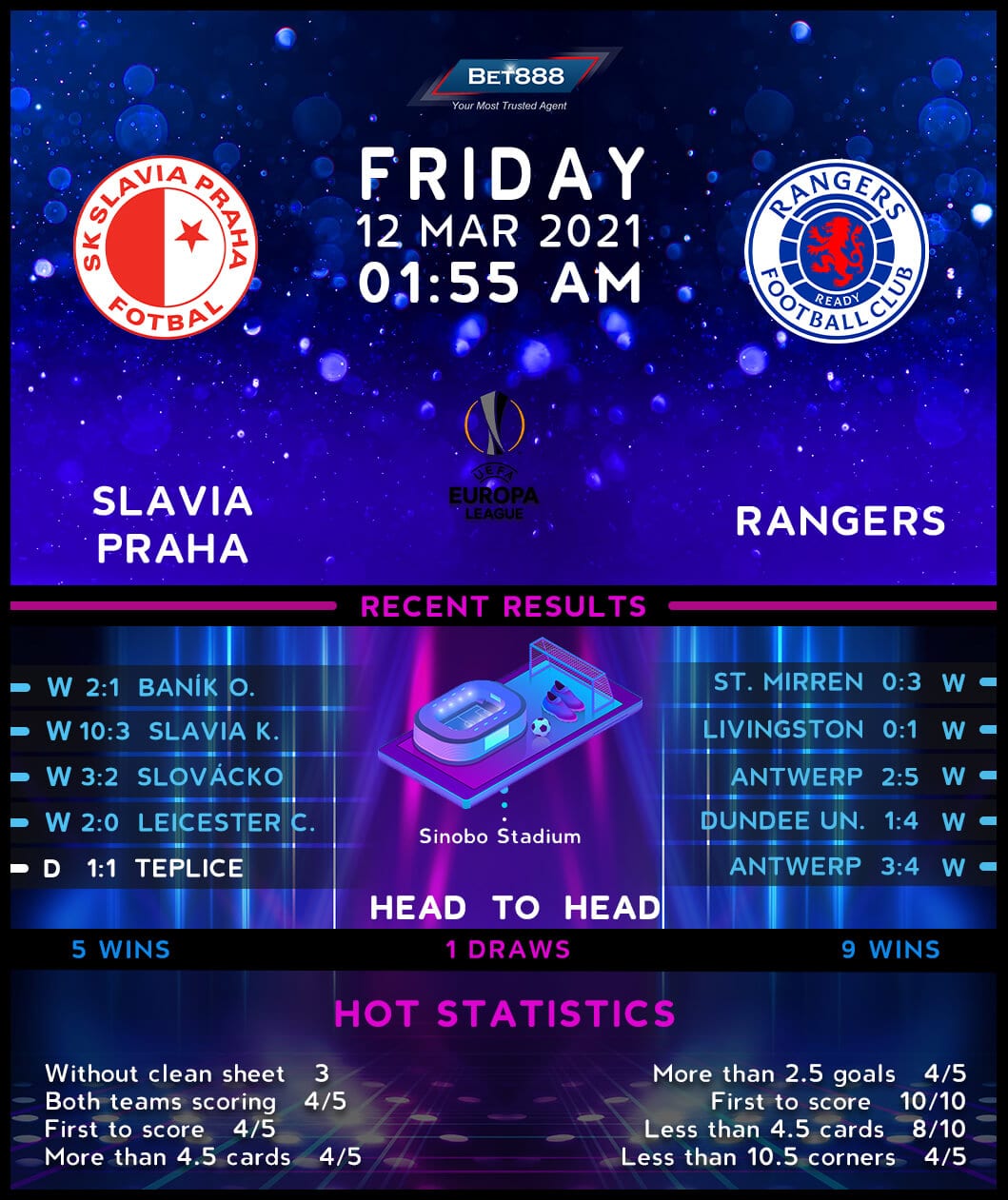