Slovakia and Russia are set to trade tackles at the City Arena Trnava as part of their road to the FIFA World Cup Qatar 2022.

Despite falling two goals behind within 20 minutes against Malta last time out, Slovakia snatched away a 2-2 draw to begin their World Cup Qualifying campaign with back-to-back stalemates. At home, the ‘Falcons’ have only won one of their last five competitive matches in standard time (D2, L2), conceding over 1.5 goals on three occasions. Three of those five games featured 2+ second-half goals, highlighting the potential for plenty of late action. Topically, Štefan Tarkovič’s men have found the net after the restart in eight of their last nine home fixtures in the Euro/World Cup Qualifying, something they have failed to do in five consecutive meetings with Russia overall (W2, D1, L2). That’s somewhat understandably, though, knowing they drew a blank in three of those five H2Hs.

Russia started their World Cup Qualifying campaign with two victories, both of which saw them score precisely two first-half goals and fail to keep a clean sheet at full-time. Still a significant confidence boost for the Russians, especially considering they had gone winless in six consecutive matches prior (D3, L3), netting under 1.5 goals on five occasions. Furthermore, the ‘Sbornaya’ have won each of their last five away fixtures in Euro/World Cup Qualifying, scoring a resounding average of 3.8 goals per game in that sequence. In line with their propensity for quick starts, Stanislav Cherchesov’s men opened the scoring within 20 minutes and went on to score 2+ first-half goals in four of those five triumphs. On the flip side, however, the visitors have conceded two or more goals in three of their last four competitive road trips! 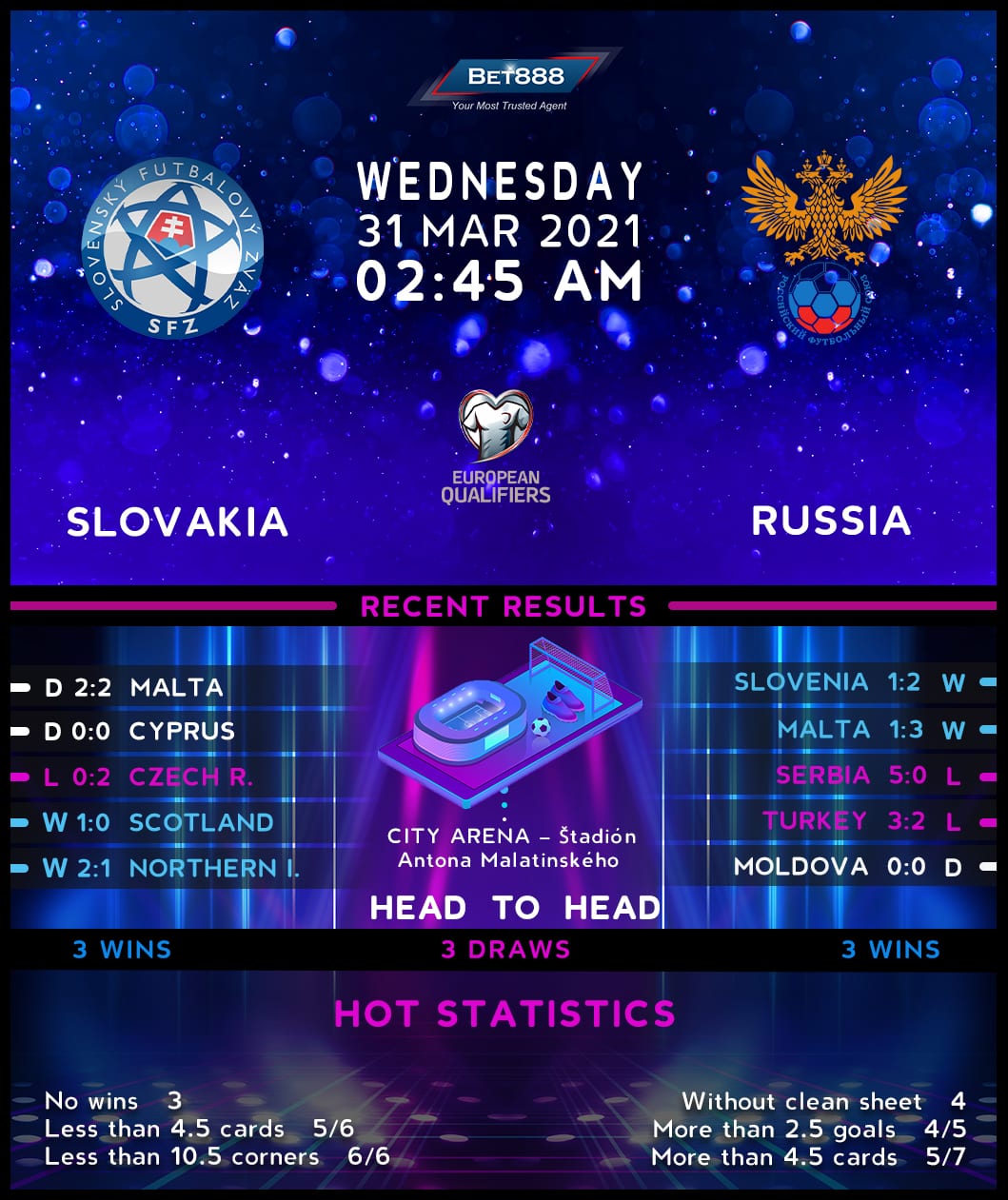