Stakes are high for Spain as they take on Slovakia in their Euro 2020 Group E decider at Estadio de La Cartuja in Seville.

After eking out a hard-earned 2-1 win over Poland on Matchday 1, Slovakia succumbed to a narrow 1-0 defeat to Sweden last time out and will secure a second-place finish in Group E with a draw against Spain. Easier said than done, as the ‘Falcons’ have lost each of their previous three matches against ‘La Furia Roja’ on Spanish soil, scoring two goals while conceding 11 in the process. Encouragingly, though, they have avoided defeat in their final group stage fixtures in both previous appearances at major tournaments (W1, D1). Additionally, Stefan Tarkovic has lost just two of his 11 internationals in charge of Slovakia (W4, D5) and has yet to suffer back-to-back defeats. However, a lack of firepower in the front third has seen Slovakia attempt the joint-fewest two shots on target at Euro 2020 so far, drawing a blank twice in their last three outings.

On the other hand, the Spaniards have drawn both of their opening Group E fixtures despite having at least 70% ball possession on each occasion. They need to pick up all three points here to ensure a place in the round of 16 following a sluggish start to their Euro 2020 campaing. Spain could become only the second team in the European Championships history to draw all three group stage matches, with Portugal doing so in their triumphant 2016 campaign. Bringing their 2018 World Cup appearance into the equation, ‘La Furia Roja’ have played out four consecutive stalemates at major tournaments and could tie Italy’s all-time record of five straight draws. Luis Enrique can take some confidence from overseeing his players open the scoring before half-time in six of their last ten international outings 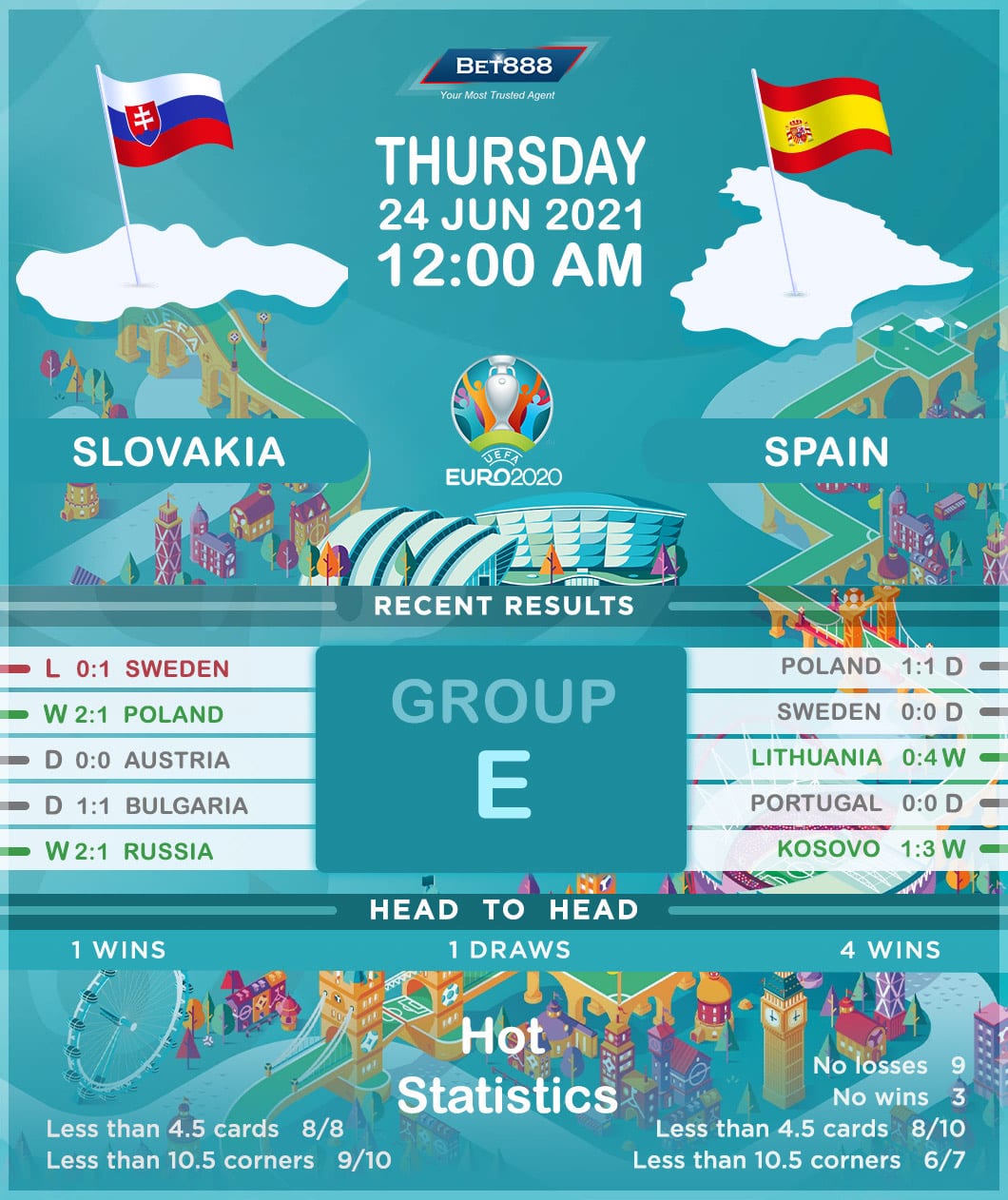