Stadion Stožice is the venue as Slovenia and Croatia go head-to-head in an all-Balkans World Cup qualifier.

Slovenia come into this fixture on the back of an eight-match unbeaten streak (W5, D3), friendlies included. Defensively robust, they notably kept a clean sheet seven times during that eight-game sequence, with a 2-1 home win over Kosovo in the UEFA Nations League being the lone exception. At home, Matjaž Kek’s men have suffered just one defeat in their last ten encounters in all competitions (W5, D4), with half (5) of those fixtures seeing one or both sides fail to get on the scoresheet. On the flip side, however, they have lost all three competitive H2Hs as hosts, scoring two goals while conceding six in return. The hosts tend to go cagey against the UEFA nations ranked in the top 20 by FIFA, with four of their last five such contests producing under 2.5 total goals and seeing just one team find the net.

Meanwhile, the visitors have lost each of their last three competitive games, all of which have seen one of the teams win the first half ‘to nil’ (HT: W1, L2). Indeed, FIFA World Cup 2018 finalists are going through their longest winless streak under the stewardship of Zlatko Dalic (D1, L3). Worryingly, the ‘Blazers’ managed just a single clean sheet in 12 away fixtures since exiting the 2018 World Cup. High scoring has been a common theme in Croatia’s recent competitive matches as all of the last seven have seen over 2.5 goals and both teams on the scoresheet. Against this backdrop, each of their previous three away games against the nations ranked within ten places of Slovenia have featured under 1.5 total goals, with Croatia keeping a blank sheet each time. 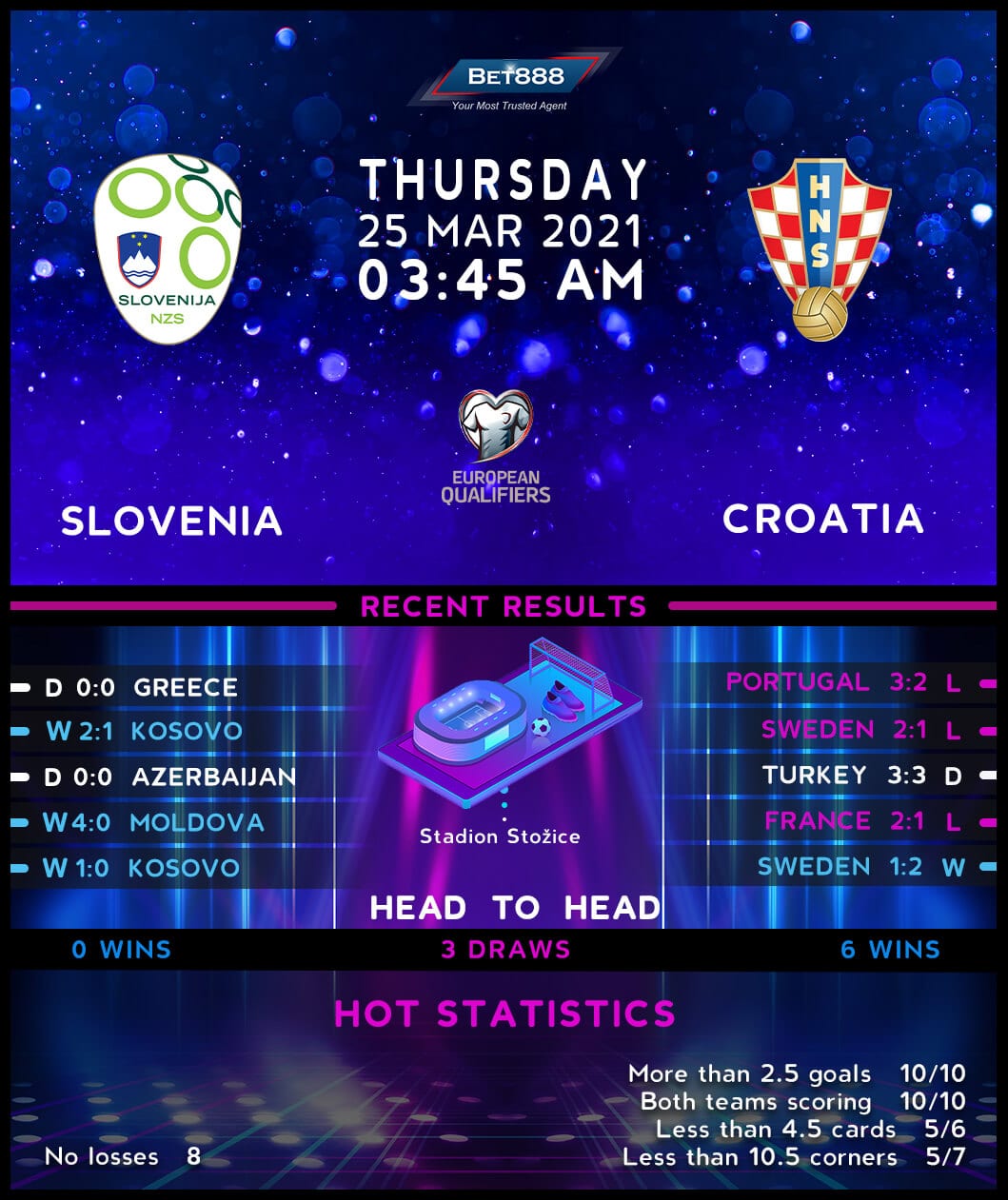