+South Korea and Iran are set to square off in Asia’s FIFA World Cup qualification Group A top-table six-pointer at the Seoul World Cup Stadium.

South Korea have already locked up their place at the upcoming final tournament with a few games to spare as they now look to complete the entrie qualifying cycle without losing a single match. The Koreans boast an almost perfect win ratio in Group A (W6, D2), having won their last four World Cup qualifiers by an aggregate score of 7-0 since a 1-1 draw at Iran of all sides. Interestingly, each of Korea’s last three international meetings with the Iranians have ended level – including friendlies – all of which featured under 2.5 total goals. However, the ‘Taegeuk Warriors’ have won six of their seven home internationals (D1) since the start of 2021.

In the meantime, Iran have gone from strength to strength since the abovementioned draw in the reverse fixture, racking up four consecutive World Cup qualifying victories by an aggregate score of 7-1. Like their hosts, the Iranians have already claimed their place at Qatar 2022, their third successive appearance at the final tournament. Dragan Skocic’s men have been nothing short of outstanding away from home in the ongoing qualifying cycle, having won all four Group A away fixtures by an aggregate score of 9-1. Iran’s away action usually sparks into life beyond half-time, as six of their nine goals scored in such match-ups arrived in the second half of play. 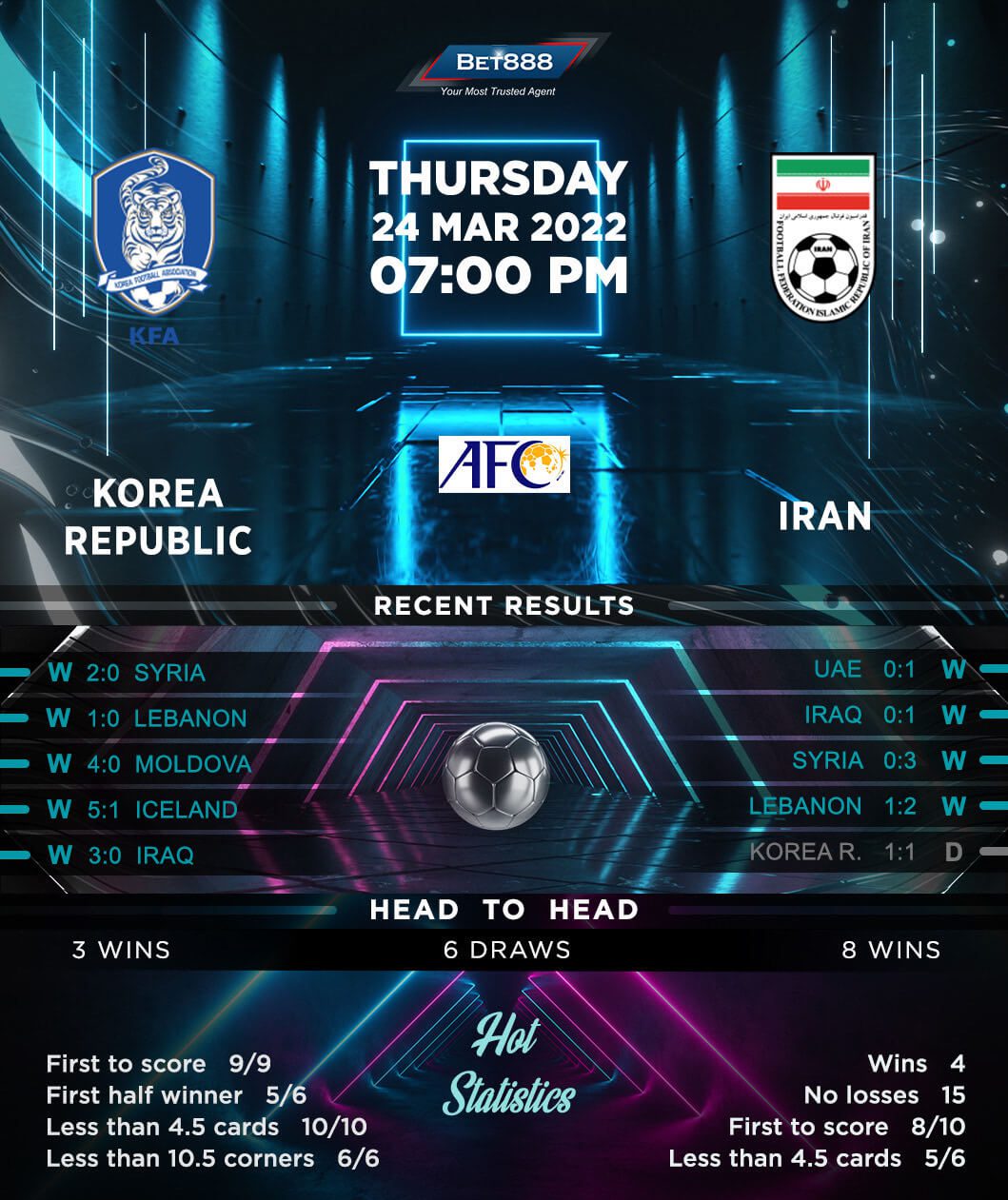