South Korea and Turkmenistan will lock horns at the Goyang Stadium in the World Cup Qualifying match this weekend.

Before being held to a goalless away draw to Lebanon in their most recent World Cup qualifier, South Korea had a 100% winning record in the competition (W2), having won both fixtures by over 1.5 goals ‘to nil.’ Odds-on favorites to finish top of their qualifying section, the ‘Taegeuk Warriors’ boast a +10 goal difference (GF:10, GA:0), though they go into this meeting on the back of a dismal 3-0 loss to Japan in an international friendly. Since exiting the 2018 World Cup, Paulo Bento’s men have suffered just a single loss in 19 home matches (W12, D6), winning the last five in a row by an aggregate score of 14-1. Additionally, South Korea’s record of three wins from as many games against Turkmenistan in the World Cup Qualifying series gives their fans enough reason for optimism.

On the other hand, the visitors have endured mixed fortunes at the beginning of this World Cup Qualifying campaign (W2, L2), with back-to-back defeats sandwiched by a pair of victories. Interestingly, three of Turkmenistan’s four World Cup Qualifying results (win/loss) so far have yielded the identical 2-0 scoreline, with the opening goal in three of them coming within the first 15 minutes of play. Away from home, the ‘Karakum Warriors’ have failed to claim a victory in five of their last six games, friendlies included (D2, L3), conceding 2+ goals per match three times in the process. A similar scenario is well on the cards here, considering Turkmenistan have shipped over 1.5 goals in all three World Cup Qualifying meetings with South Korea at an average of 3.00 per game. 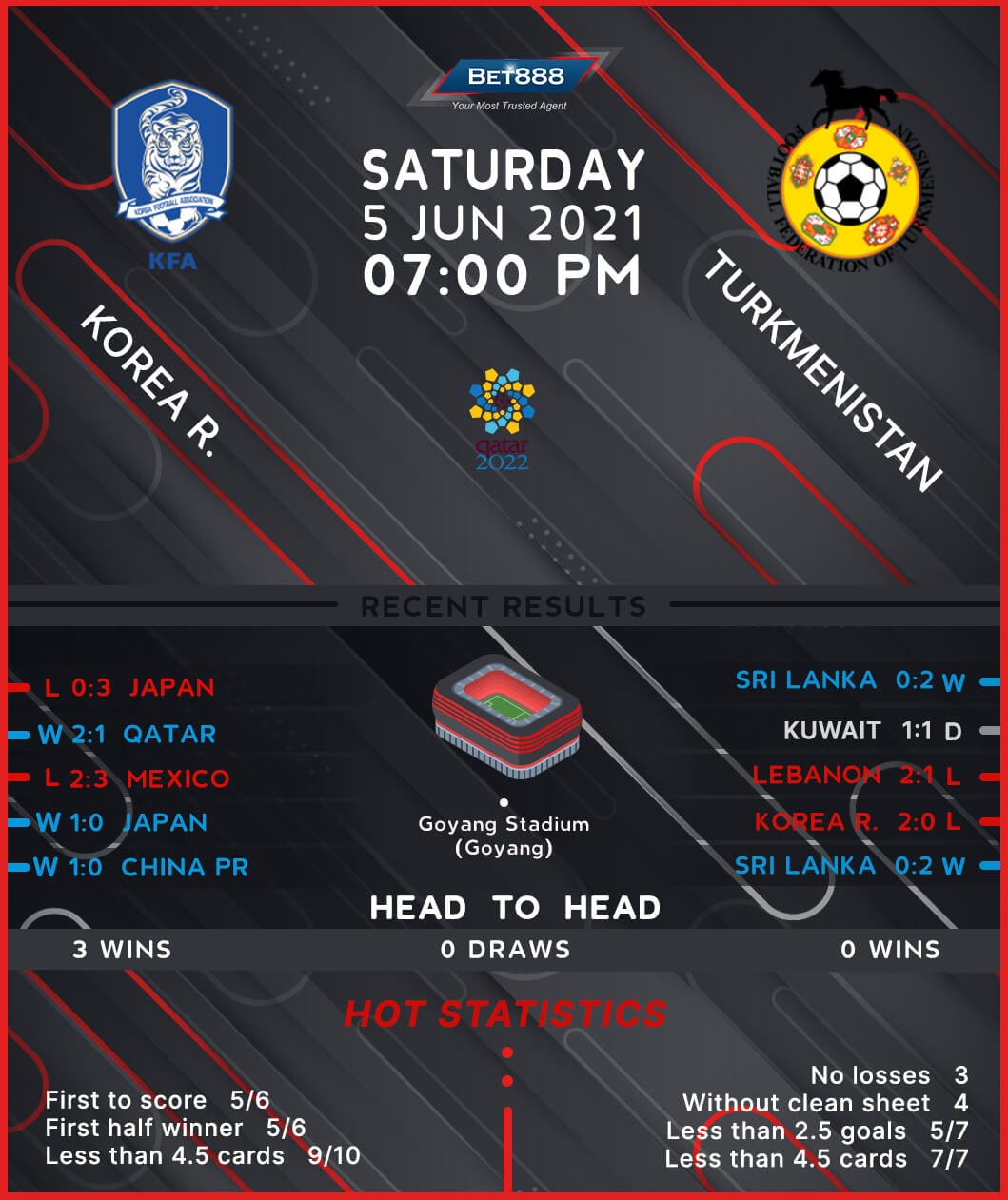