Southampton and Arsenal will lock horns at St. Mary’s Stadium for the second time in a matter of days, as the home side ran out 1-0 winners when they met in the FA Cup weekend.

Low scoring has been a theme for Southampton lately, as each of their previous eight competitive fixtures has featured under 2.5 goals, with the last seven seeing one or both sides fail to get on the scoresheet. In turn, though just one of their eight previous Premier League home matches has ended in a draw (W5, D1, L2), six of the games won/lost in that period have seen the victor register a shutout. However, it’s worth noting that the ‘Saints’ have netted the fewest goals of all upper-half-of-the-table sides so far this season (26). Indeed, lackluster attacking performances have witnessed Ralph Hasenhüttl’s men score under 1.5 goals in seven of their previous eight games across all competitions. Yet, they have been quite lethal in the first half, as evidenced by the fact that nine (64.29%) of their 14 league goals scored at home this term have come before half-break.

Meanwhile, Arsenal have enjoyed an upturn in form lately, going from seven consecutive Premier League games without winning (D2, L5) to five league matches without losing on the bounce (W4, D1). Remarkably, Mikel Arteta’s men have not only preserved a blank sheet in four successive top-flight fixtures (W3, D1), but two of their three victories in that period have seen them score at least three goals! After securing a comfortable 2-0 win at St. Mary’s Stadium last season, the ‘Gunners’ will be seeking back-to-back Premier League triumphs at this venue for the first time since 1997! Playing in their favor is the fact that they’ve suffered just one defeat in their previous ten top-flight meetings with Southampton (W5, D4). 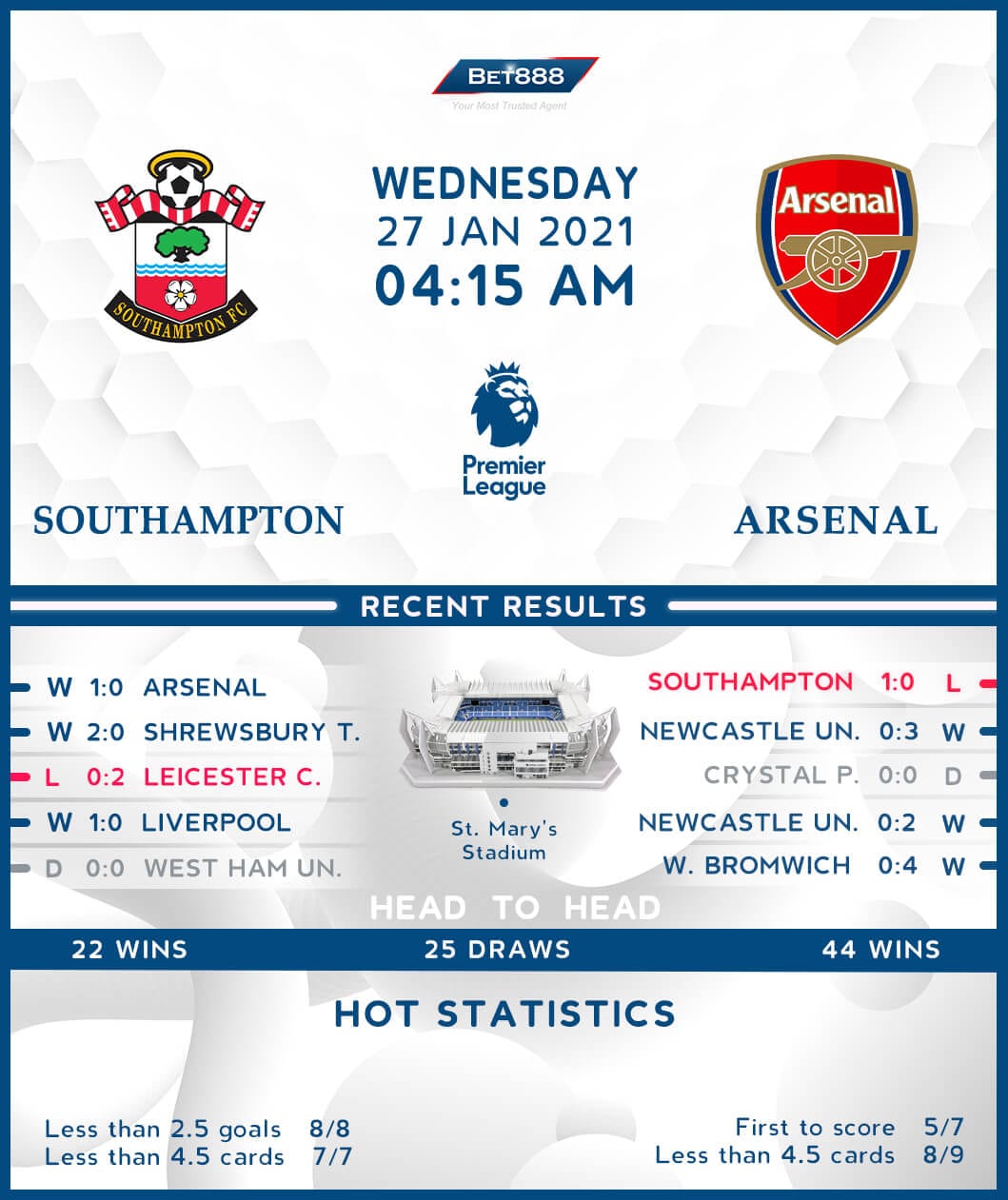