Southampton will be looking to secure their first league double over Burnley since 1970/71 when the two sides meet at St. Mary’s Stadium in a lower-half-of-the-table Premier League clash.

Southampton have suffered ten defeats in their last 12 Premier League outings (W1, D1), picking up fewer points (7) than any other English side this calendar year. Since beating Liverpool 1-0 at St. Mary’s Stadium on January 4, the ‘Saints’ have lost four of their subsequent five top-flight home fixtures (D1) despite scoring the opening goal on three occasions. After netting 2+ goals in seven consecutive Premier League matches on home turf, Ralph Hasenhüttl’s men have now bagged one goal or less in eight such games in a row, with each of their five strikes in that sequence coming inside the opening 33 minutes of play. Solving their scoring problems could be rather daunting against a Burnley side they have drawn a blank against twice in their last three Premier League H2Hs as hosts (D1, L2).

Meanwhile, Burnley’s heroic performance at Goodison Park on the eve of the international break saw them pick up a 2-1 win over Everton and bring a five-match winless Premier League streak to a halt (D4, L1). But, the ‘Clarets’ have blown hot and cold away from home lately, alternating between victory (3) and defeat (3) across their last six Premier League trips. The clean sheet has been a common theme in Burnley’s recent league matches on the road as 11 of the last 12 have seen one or both sides fail to get on the scoresheet. However, Sean Dyche’s men have notably improved their away scoring record of late, registering 50% of their total ten Premier League goals scored on the road across their last three league travels. A quick-fire start is very much on the cards, given that 28.81% of Burnley’s total league goals scored/conceded this term arrived within 15 minutes. 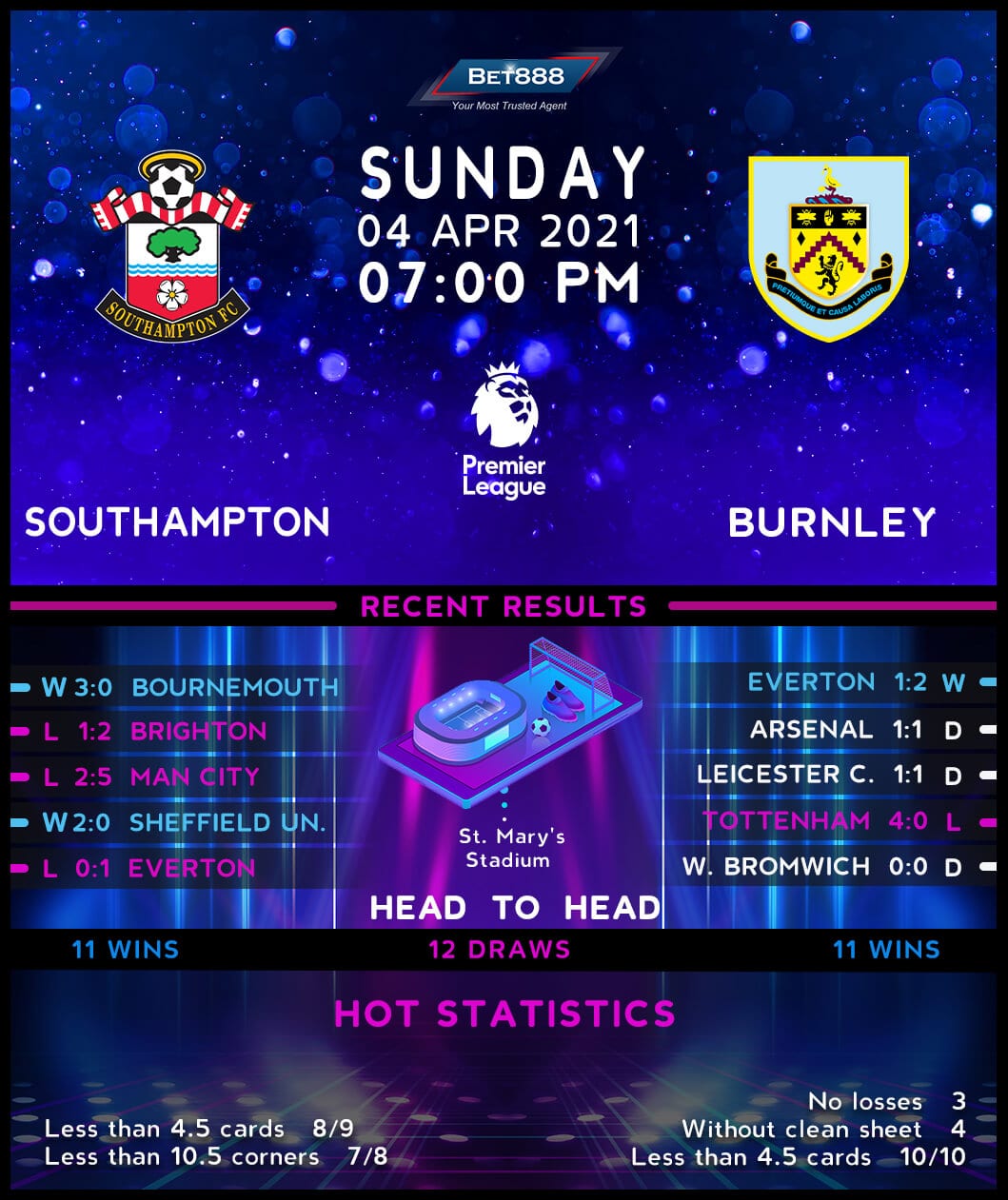