St. Mary’s Stadium is the venue, as out-of-sorts Southampton take on high-flying Chelsea in an exciting Premier League showdown.

Southampton’s hopes of securing European football for the next season have drifted away on the back of a six-game losing streak in the Premier League. Complete defensive disarray has seen Ralph Hasenhuttl’s men concede 20 goals across that six-match sequence (3.3 per game), one more than they had in their first 17 league fixtures. Since beating Chelsea 2-1 at home in March 2013, the ‘Saints’ have failed to land all three points in any of their subsequent seven top-flight H2Hs as hosts (D1, L6), losing the last five by an aggregate scoreline of 4-14. Encouragingly, Southampton have scored the opening goal (if any) in a league second-high 75% of their Premier League home matches this season, but both home games in which they’ve conceded the opener, they lost.

Meanwhile, Chelsea have won four consecutive Premier League matches going into this matchday, keeping a clean sheet on three occasions in that run. The ‘Blues’ have won both of their away league fixtures under Thomas Tuchel by a narrow one-goal margin, with the deciding goal in each coming from the penalty spot. Far more prolific after half-time, the Londoners have registered a clear majority (70.59%) of their Premier League goals scored on the road in the second half (12/17). Additionally, Chelsea’s ability to finish their away matches strongly has seen them concede just once inside the final 15 minutes of play across their 12 trips this Premier League campaign. However, Tuchel’s men will have to avoid letting in the opening goal here to boost their chances of winning, as they’ve failed to complete a comeback in any of their four away Premier League games in which they shipped the opener so far (D1, L3). 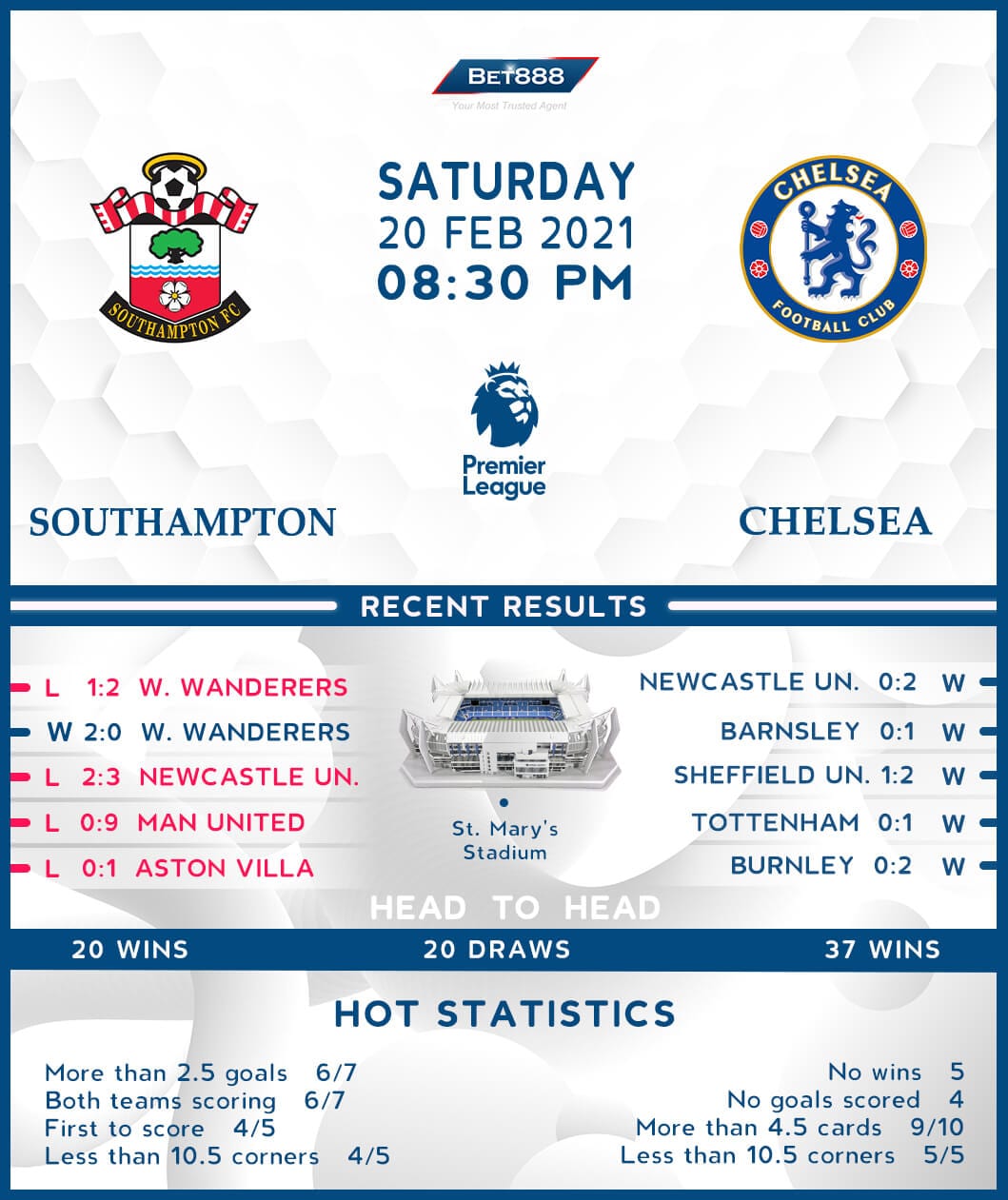