St Mary’s Stadium is the venue as Southampton and Crystal Palace go head-to-head in the bottom-half-of-the-table Premier League encounter. A low-scoring affair is well on the cards as each of their last five league meetings featured under 2.5 FT goals.

Southampton’s Premier League wobble continued at the weekend as they lost 2-0 at Anfield to Liverpool, extending their winless league streak to four (D1, L3). Things don’t look bright for the ‘Saints’ at home either, given that they’ve won just once in their last seven Premier League matches at St Mary’s Stadium (D2, L4), conceding 2+ goals 57.14% of those fixtures. Crystal Palace’s visit may not help to improve that record as Ralph Hassenhutl’s men have failed to win any of their last three top-flight H2Hs as hosts (D2, L1), all of which saw both teams score. Furthermore, Southampton are winless in their previous ten midweek Premier League games (D4, L6), having lost the last five in a row by an aggregate score of 22-4.

Meanwhile, Crystal Palace secured a comfortable 2-0 away win over dead-last Sheffield United last time out, ending a run of four Premier League matches without a victory (D1, L3). What’s more, Palace’s triumph at Bramall Lane also marked their first clean sheet in an away Premier League fixture since mid-January, with Roy Hodgson’s men conceding an average of 2.14 goals during that sequence. The ‘Eagles’ have claimed just a single win in their last ten Premier League games contested in midweek (D4, L5), courtesy of a 2-1 away victory at Newcastle United in February. To optimize their chances of winning, Palace will have to avoid conceding first, considering they’ve completed only one comeback in 16 Premier League matches that saw them fall behind this term (W1, D2, L13). 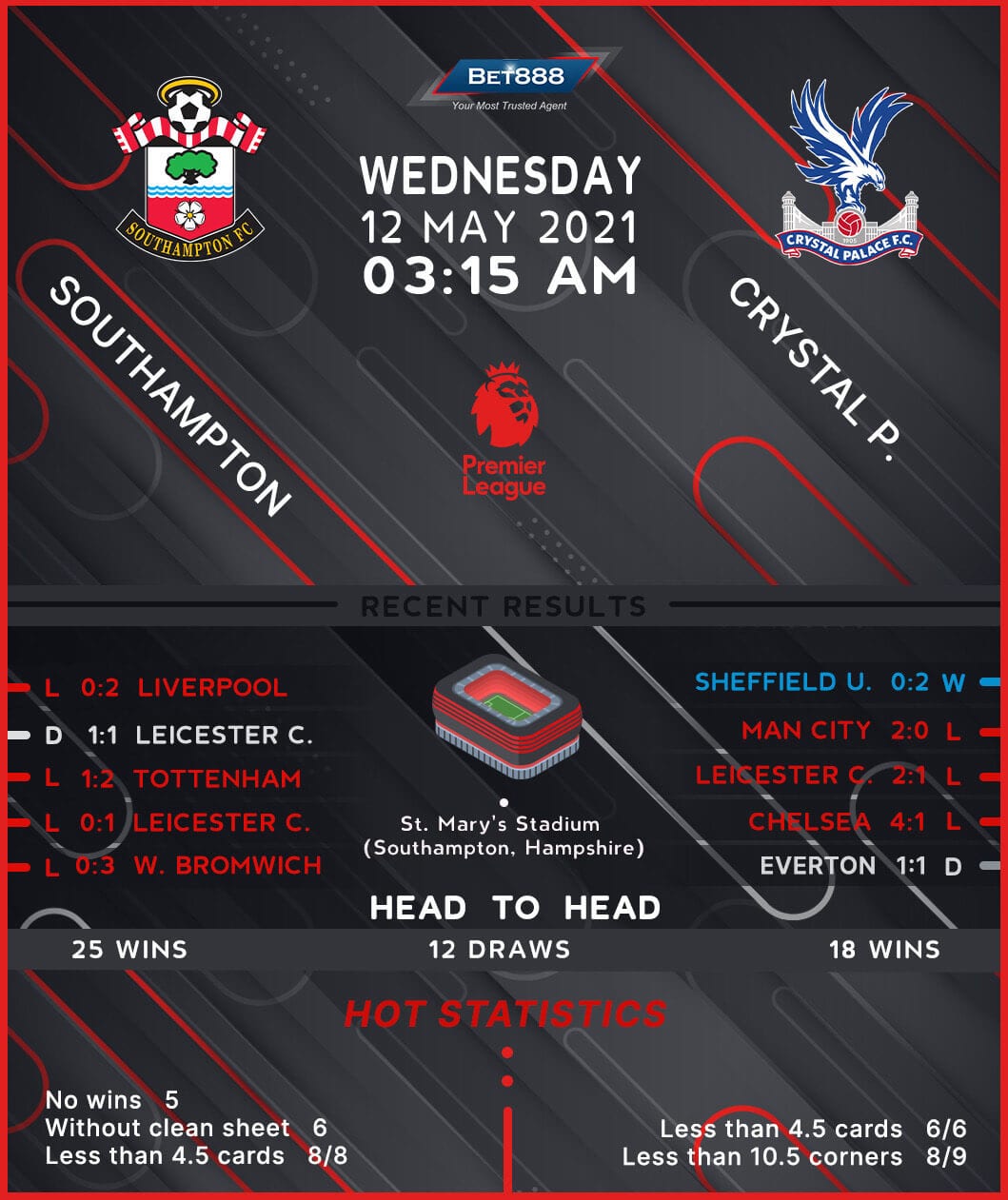