St Mary’s Stadium is the venue as Southampton look to post back-to-back Premier League wins for the first time since mid-December. Standing in their way is a relegated Fulham side.

Southampton’s 3-1 home victory over Crystal Palace last time out saw their four-match winless Premier League streak come to a halt (D1, L3), albeit it means they’ve now failed to keep a clean sheet in eight league fixtures on the spin. The ‘Saints’ are undefeated in their last three Premier League games at St Mary’s Stadium (W2, D1), having lost four of their previous five at home (D1). Remarkably, Southampton have suffered just one reverse in their 30 home league meetings with Fulham (W21, D8), courtesy of a 2-1 defeat back in October 1935! Furthermore, Ralph Hassenhutl’s men have kept a clean sheet in six of their last seven clashes against the Londoners across all competitions. Southampton have lost only three of their previous 43 top-flight games against the clubs starting the day in the drop zone (W29, D11).

Meanwhile, Fulham’s 2-0 home defeat to Burnley last time out officially ended their hopes of avoiding relegation as the hosts take the field winless in seven Premier League fixtures (D1, L6). A genuine lack of firepower in the attacking third has seen the ‘Cottagers’ fail to find the net in six of their last ten league outings, with only dead-last Sheffield United (18) scoring fewer goals than Fulham (25) this league campaign. Even though his men have averaged just 0.71 goals per Premier League match this season, they can find some comfort in the fact that 64% of their total league goals scored have come away from home (16/25). However, Fulham have won a league-lowest one point from losing positions this term, ending up on the losing side in 16 of the 17 Premier League games in which they conceded first. 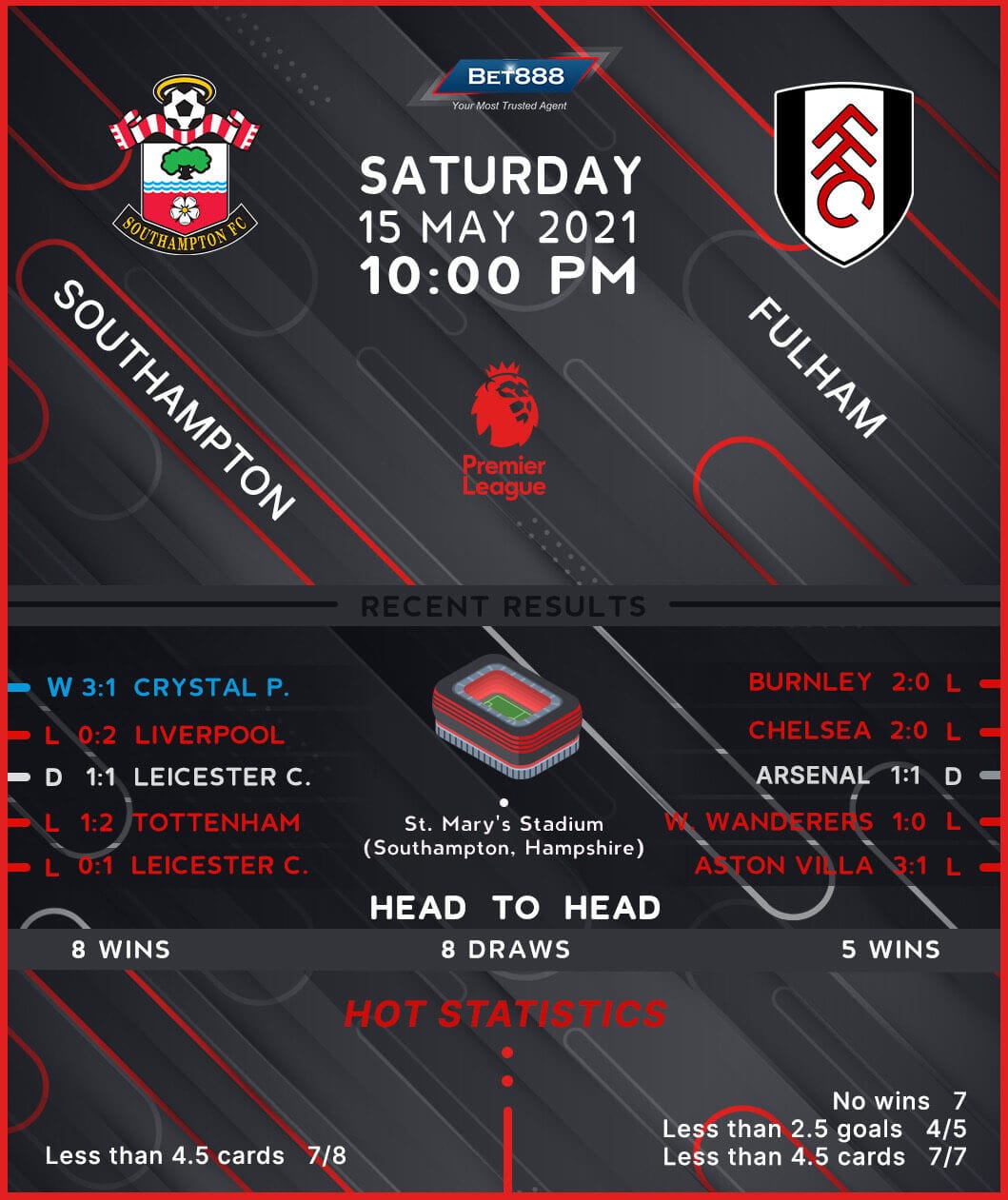