Southampton and Leeds United go head-to-head at St Mary’s Stadium in the penultimate round of the 2020/21 Premier League season.

Southampton have racked up back-to-back 3-1 victories in the Premier League after going winless in their previous four games in the competition (D1, L3). The ‘Saints’ have won the final home league fixture of the season in nine of their last 15 campaigns (D4, L2), last losing such contest to Manchester City in 2017/18. Since the turn of the calendar year, eight of Southampton’s ten home Premier League games have seen both teams on the scoresheet, with three of the last four featuring 4+ FT goals. Southampton have come out victorious in five of their previous six home league showdowns against Leeds (L1), including the last three in a row by an aggregate score of 5-1. However, it’s worth noting that this will be their first Premier League meeting at St Mary’s since January 2004.

On the other hand, after going winless in three consecutive Premier League games (D2, L1), Leeds have gone into overdrive, having won their last two league fixtures by an aggregate score of 7-1. Interestingly, the ‘Whites’ could become only the second club in the Premier League history not to draw an away match in a single top-flight campaign, having won nine of their 18 league trips this term while losing the other nine. Marcelo Bielsa’s men have been almost impeccable in their midweek Premier League matches this season, winning four of their five such contests, including both on the road by an aggregate score of 7-1. Leeds are aiming to complete their first league double over Southampton since 2005/06 after running out 3-0 victors in the reverse fixture back in late February. 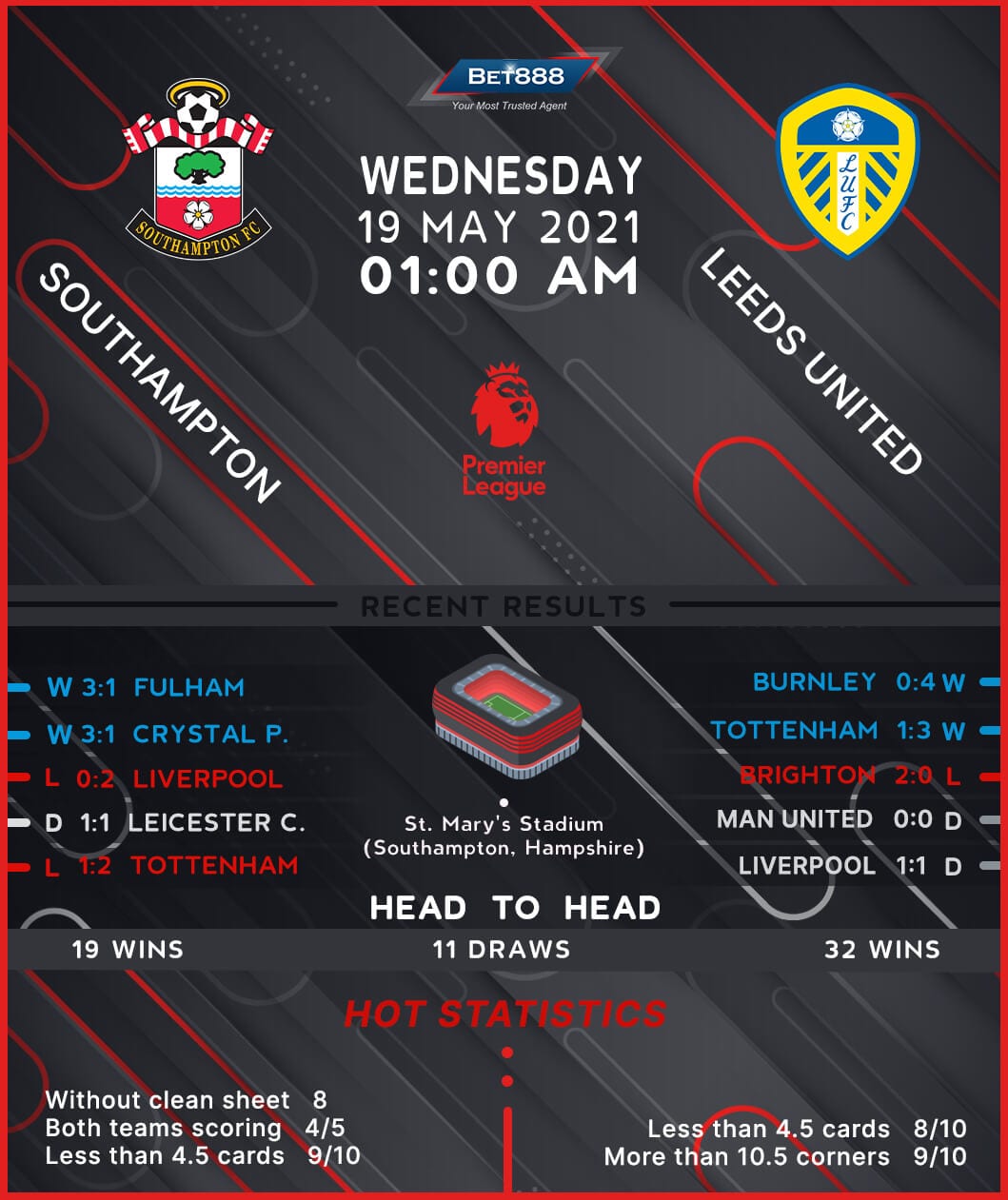