Southampton have not drawn any of their last ten matches in all competitions (W3, L7) since a 1-1 Premier League stalemate with Chelsea in mid-February, losing the last three in a row by an aggregate score of 6-1. No team has won fewer Premier League points than Southampton (10) since the turn of the year, with Ralph Hasenhuttl’s men picking up just three victories in 16 league outings in 2021 (D1, L12). Additionally, the hosts have failed to keep a clean sheet in their last six home Premier League outings, letting in 11 goals in this sequence, which accounts for 55% of their total goals conceded at St Mary’s so far this term. After succumbing to a 2-0 defeat in the reverse fixture at the King Power Stadium, the ‘Saints’ stare at the prospect of suffering a top-flight double against Leicester for the first time since the 1999/00 campaign.

Meanwhile, the visitors have gone from back-to-back competitive defeats to three consecutive wins in all competitions, with five of their six strikes in this run coming before the hour mark. Before suffering a 3-2 defeat at West Ham in their most recent Premier League trip, the ‘Foxes’ were unbeaten in ten away league matches (W6, D4) despite scoring two goals or less on each occasion. Brendan Rodgers’ men usually put the wheels in motion after the half-time break when away from home, having registered 66.67% of their total league goals scored on the road so far in the second half of play (20/30). Additionally, Leicester have shown great mental fortitude this term, notably avoiding defeat in 71.43% of the away Premier League games after conceding first (GP7 – W2, D3, L2). 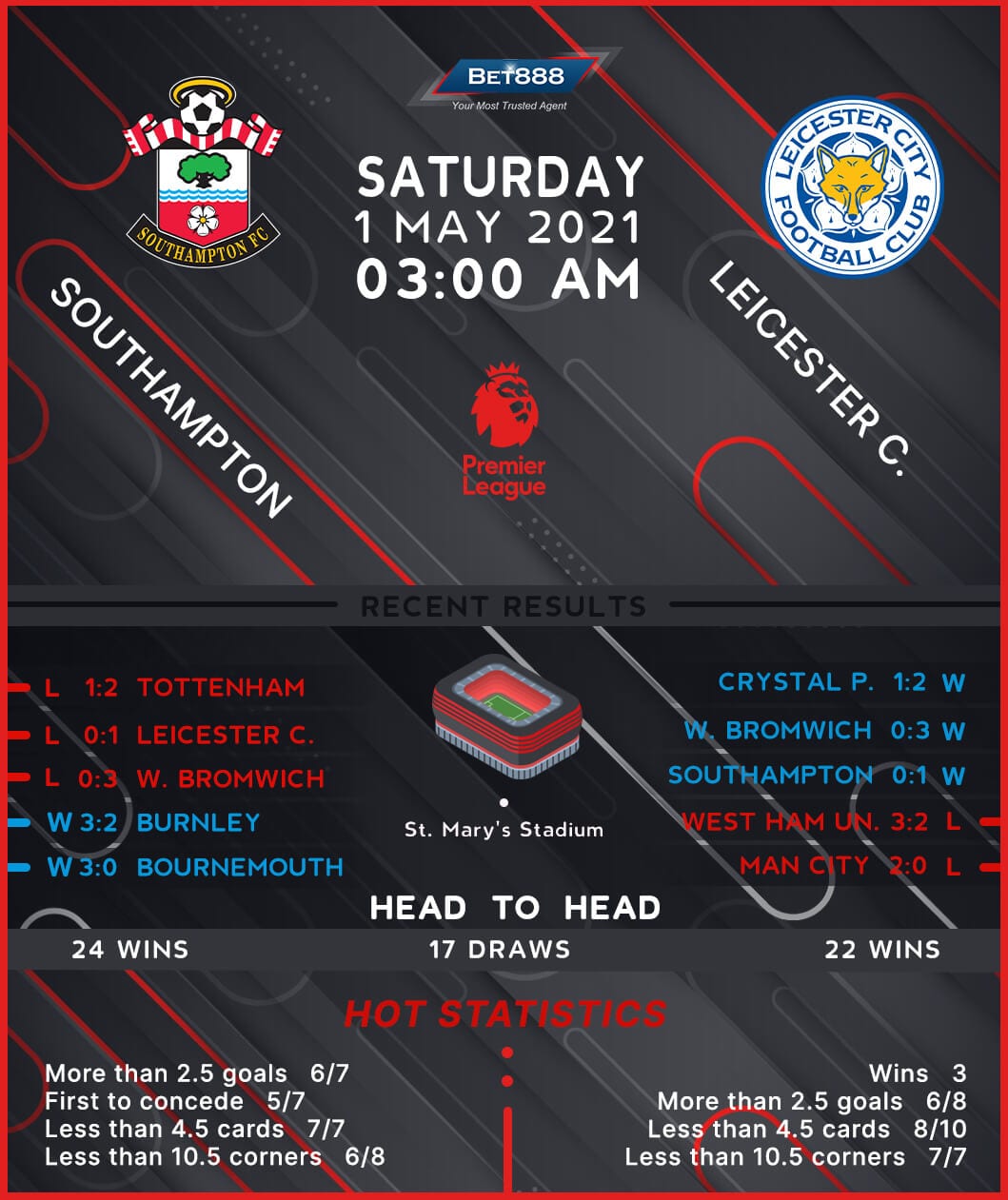