Manchester United will be looking to extend their unbeaten Premier League run against Southampton to nine matches (W3, D5) when the two sides meet at St. Mary’s Stadium.

The hosts have become a force to be reckoned with after a slow start to the season, going from back-to-back league defeats to seven consecutive matches without a loss (W5, D2). Indeed, the ‘Saints’ have won each of their last three home Premier League games by the same 2-0 scoreline, picking up a first-half lead on each occasion. Also, quick-fire Southampton have scored the opening goal in seven of their nine top-flight fixtures this term! But, it’s worth noting that 61.54% (8) of Southampton’s 13 Premier League goals conceded this term arrived in two matches against the big-six (5-2 loss to Tottenham & 3-3 draw with Chelsea). Ralph Hasenhuttl’s men have proved to be quite vulnerable after the half-time break, as four of their five home league goals conceded came in the second half of play.

Meanwhile, the visitors have started picking up momentum, as they’ve won each of their last three competitive matches, including two in the Premier League. But, goals have been at a premium for United of late, as evidenced by the fact they’ve scored over 1.5 goals in just one of their four previous league outings, drawing a blank in two of the other three. By contrast, the ‘Red Devils’ have netted over 2.5 goals in each of their opening three Premier League trips, coming from behind to win all of them! Also, each of those games saw both teams score in the first half. Manchester United must be confident of maintaining their unbeaten away league start, considering they have avoided defeat in each of their last nine top-flight trips to Southampton (W5, D4). 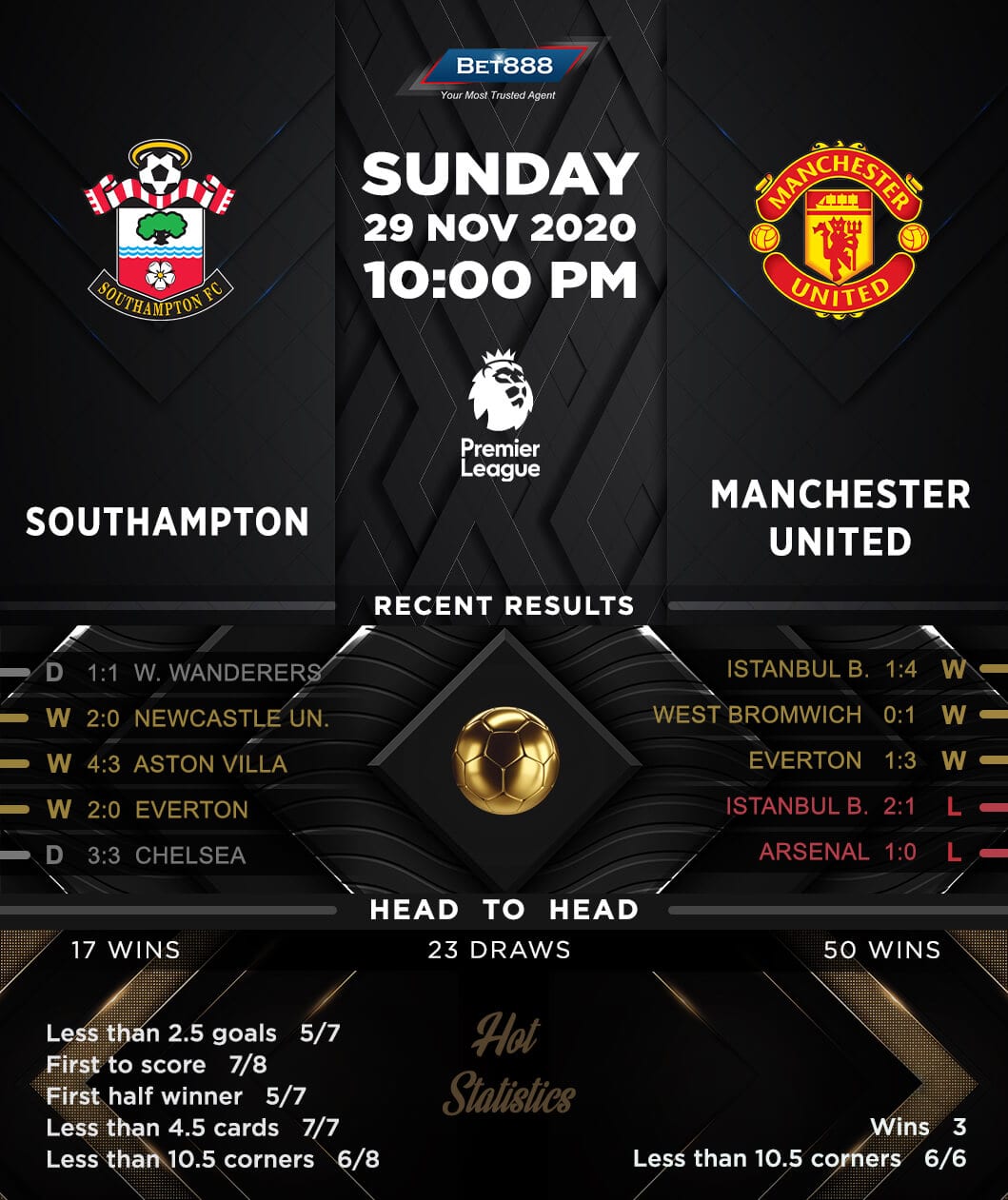