Germany’s survival in Qatar is at stake as the four-time world champions encounter high-flying Spain in a blockbuster 2022 World Cup showdown at Al Bayt Stadium.

Spain will take the pitch in high spirits following their biggest-ever World Cup triumph as they thrashed Costa Rica 7-0 on day one to get their Group E journey off to a flying start. The Spaniards are now looking to begin a tournament campaign with back-to-back victories for only the fourth time, last doing so in 2006. It’s worth noting that ‘La Furia Roja‘ netted seven goals against Costa Rica, only one shy of their overall tournament return from 2010 when they lifted the Jules Rimet trophy. After clocking up three consecutive triumphs in international football, Luis Enrique’s side could make it four wins in a row for the first time in 2022 against a Germany side they humbled 6-0 in their most recent H2H back in the 2020 UEFA Nations League group stages.

In the meantime, Germany’s hopes of avoiding back-to-back World Cup group stage eliminations for the first time in history took a massive blow in the opening round as Japan’s come-from-behind 2-1 victory left them red-faced. A failed attempt to beat the Spaniards, combined with Japan’s potential win over Costa Rica, would condemn Hansi Flick’s side to set an unwanted milestone. Signs are ominous for ‘Die Mannschaft,’ considering they’ve lost three of their last four World Cup matches, as many defeats as in their previous 21 in the competition combined. On the bright side, they’ve never suffered back-to-back group stage upsets at the World Cup, though their recent H2H record against Spain doesn’t spring much confidence. Indeed, they’ve registered just one victory in their last seven games against the Spaniards in all competitions (D2, L4). 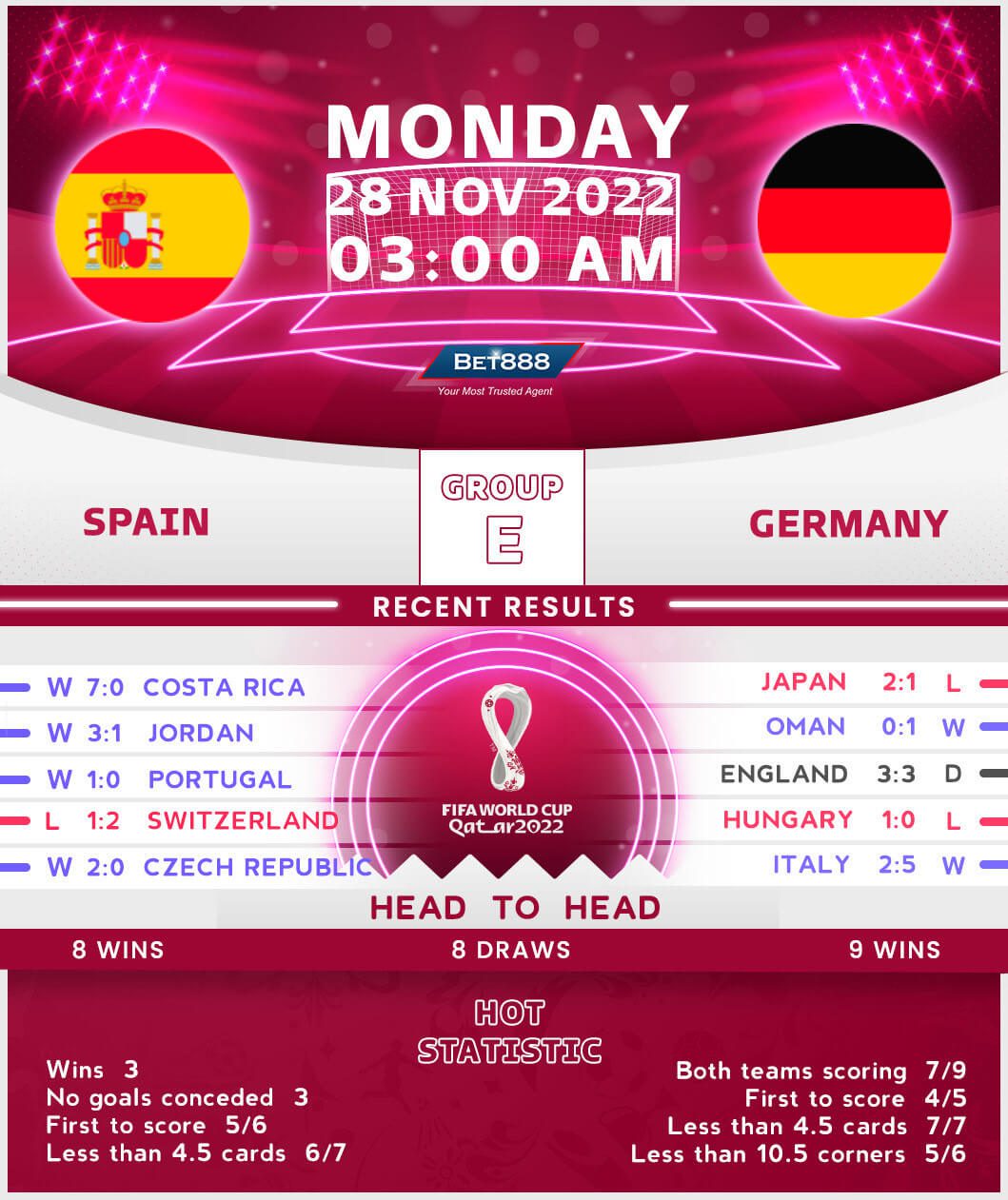