Estadio Los Cármenes is the venue as Spain and Greece square off in their opening World Cup Qualifying fixture.

Spain won all but two of their six competitive matches in 2020 (D1, L1), four of which featured under 2.5 total goals. A 3-2 defeat to England in the UEFA Nations League back in October 2018 seems to have triggered the Spaniards’ wrath as they’ve won each of their following eight competitive home fixtures by an aggregate score of 32-1. What’s more, it has been over four years since ‘La Furia Roja’ last failed to beat a nation outside FIFA’s current top-20 rankings in any competition. Always intimidating as hosts, Luis Enrique’s men have racked up 17 consecutive home victories in qualifying matches for either World Cup or European Championship. Remarkably, those 17 successes have yielded an average winning margin of 3.4 goals, with 13 of them being accompanied by a clean sheet.

Meanwhile, after failing to qualify for the FIFA World Cup 2018, Greece will be looking to book their place at the final tournament for the fourth time in the 21st century. Despite entering this fixture as betting outsiders, the Greeks can rely on impressive showings in 2020 that saw them avoid defeat in all six matches across all competitions (W3, D3), keeping a clean sheet on five occasions. Unfortunately, a lack of firepower in the front third has seen the ‘Ethniki’ score under 1.5 goals in six of their last eight away games overall (W3, D1, L4). Another potential reason for concern could be that John van ‘t Schip’s men have failed to win any of their previous nine away encounters they started as underdogs (D3, L6). Encouragingly, though, each of Greece’s last three World Cup Qualifying campaigns has seen them start with an away triumph. 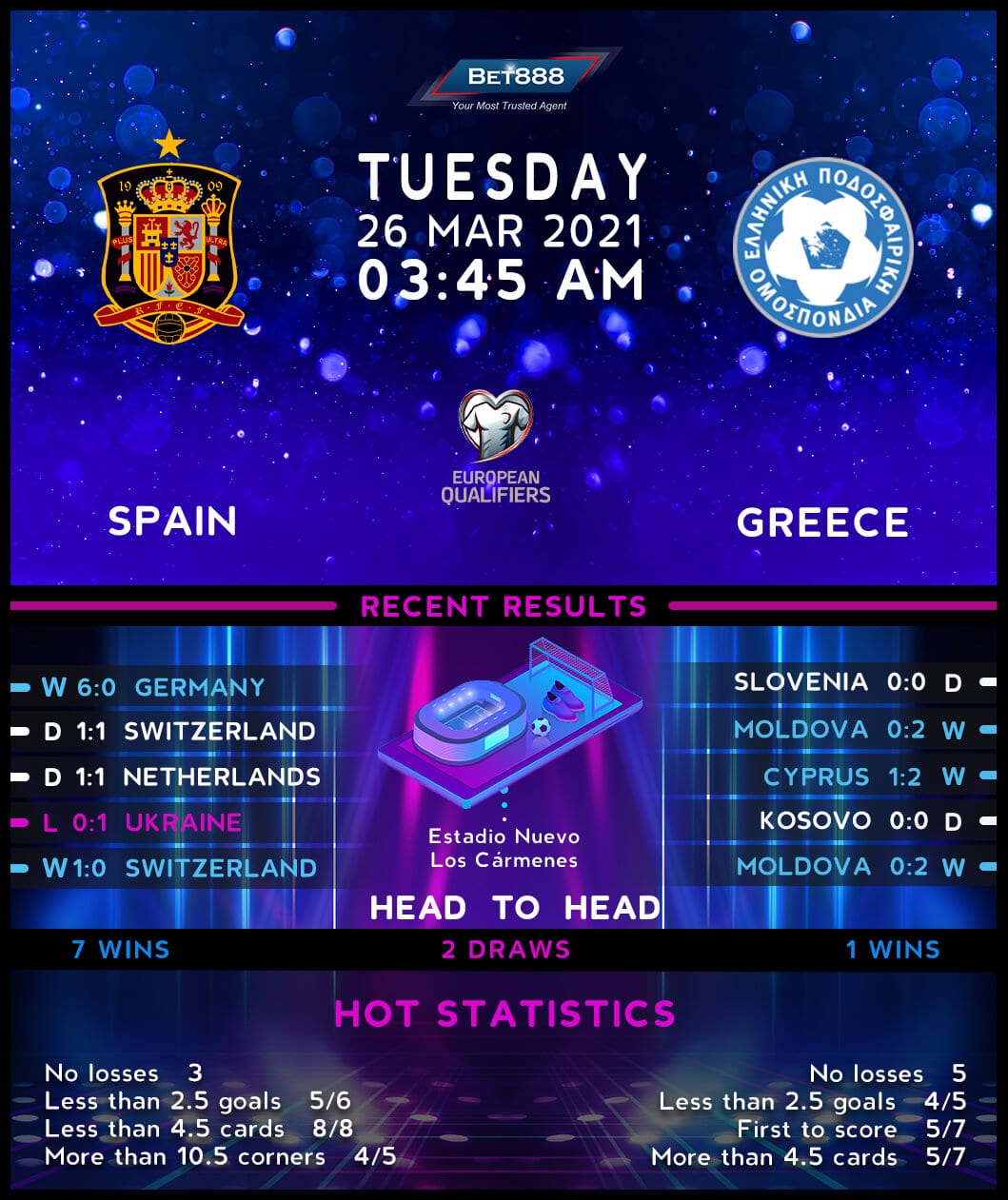