Estadio Olímpico is the venue as Spain and Kosovo meet for the first time in a World Cup Qualifying fixture.

Spain staged a late second-half comeback to beat Georgia 2-1 away from home on Matchday 2 and kick-start their World Cup Qualifying campaign following a dismal 1-1 home draw with Greece in their Group B curtain-raiser. The Spaniards are now undefeated in 65 World Cup qualifiers (W51, D14), a run that started in April 1993! Since the beginning of their qualifying series for World Cup 1998, ‘La Furia Roja’ have returned a resounding +125 goal difference from qualifiers for the final tournament (GF:153, GA:28). Moreover, since suffering a 3-2 home defeat to England in the UEFA Nations League back in October 2018, Luis Enrique’s men have racked up a ten-match unbeaten streak on home soil (W9, D1), keeping eight clean sheets in the process. Ruthless in the front third, they scored an average of 3.4 goals per game in that sequence.

Meanwhile, participating in only their second World Cup Qualifying campaign as a sovereign nation, Kosovo started the series with a whimper rather than a bang, succumbing to a 3-0 loss to Sweden at home. As a result, they have now lost ten of their 11 World Cup Qualifying fixtures (D1), with that lone draw coming away to Finland in September 2016. But when the ‘Dardanians’ falter, it tends to be painful and ugly, as seven of their ten defeats in the World Cup qualifiers came by a 2+ goal margin, with all but two seeing Kosovo fail to get on the scoresheet (GF:2, GA:26). Away from home, Bernard Challandes’ men have gone winless in eight matches overall (D2, L6) since beating Bulgaria 3-2 in the Euro Qualifying back in June 2019, conceding over 1.5 goals on five occasions. 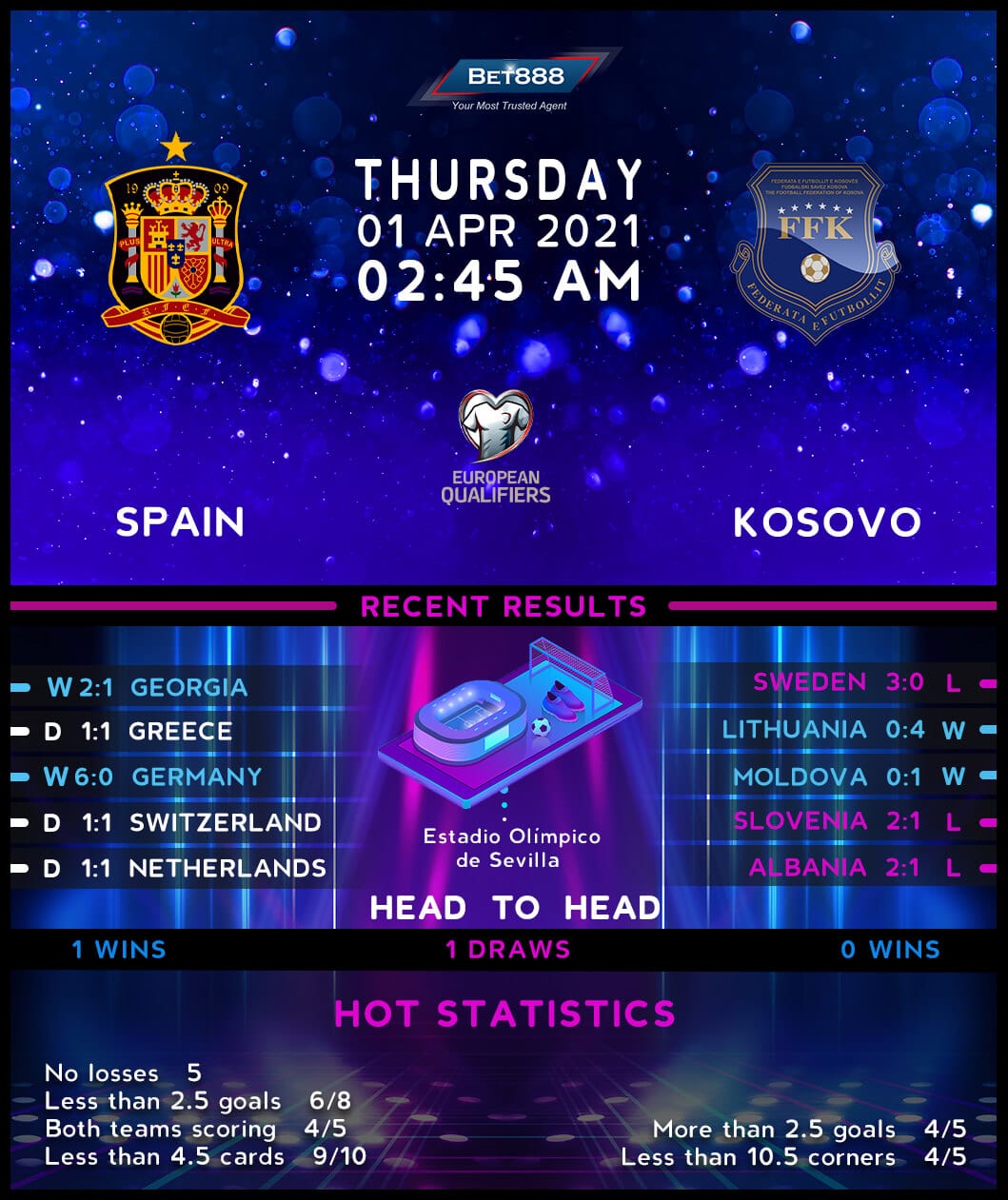