Spain and Poland will trade tackles in a high-stake Euro 2020 Group E encounter at the Estadio de La Cartuja.

Despite enjoying 81% of the ball, Spain could only manage a goalless draw against a stubborn Swedish side in their opening Group E fixture as they face the prospect of failing to win any of their first two matches at the Euro finals for the first time since 1996. ‘La Furia Roja’ have struggled to find the back of the net twice in their last three international fixtures, as many scoreless displays as in their previous 51 outings. If they fail to score against Poland, it will be the first time since 2013 that they draw a blank in back-to-back matches. However, the Spaniards can take some confidence from their imperious H2H record on home soil in the 21st century, knowing they’ve won both home matches against Poland this millennium by an aggregate scoreline of 9-0.

Meanwhile, Poland lost 2-1 to Slovakia in their Euro 2020 curtain-raiser and could now lose their opening two games at major tournaments for the fourth time. A potential loss to Spain is likely to withdraw Poland from the Group E top-two race, though they hope to build on their impressive major tournament record on Spanish soil (GP:7 – W3, D3, L1). However, the Poles have pulled off just two triumphs in their 12 fixtures at the European Championships (D6, L4), frustratingly netting under 1.5 goals on each occasion. That low-scoring trend seems likely to continue here, considering they have drawn a blank three times in their last four meetings with Spain, friendlies included. What’s more, Poland have won just one of their ten historical matches against this opposition (D1, L8), doing so in a friendly in November 1980. 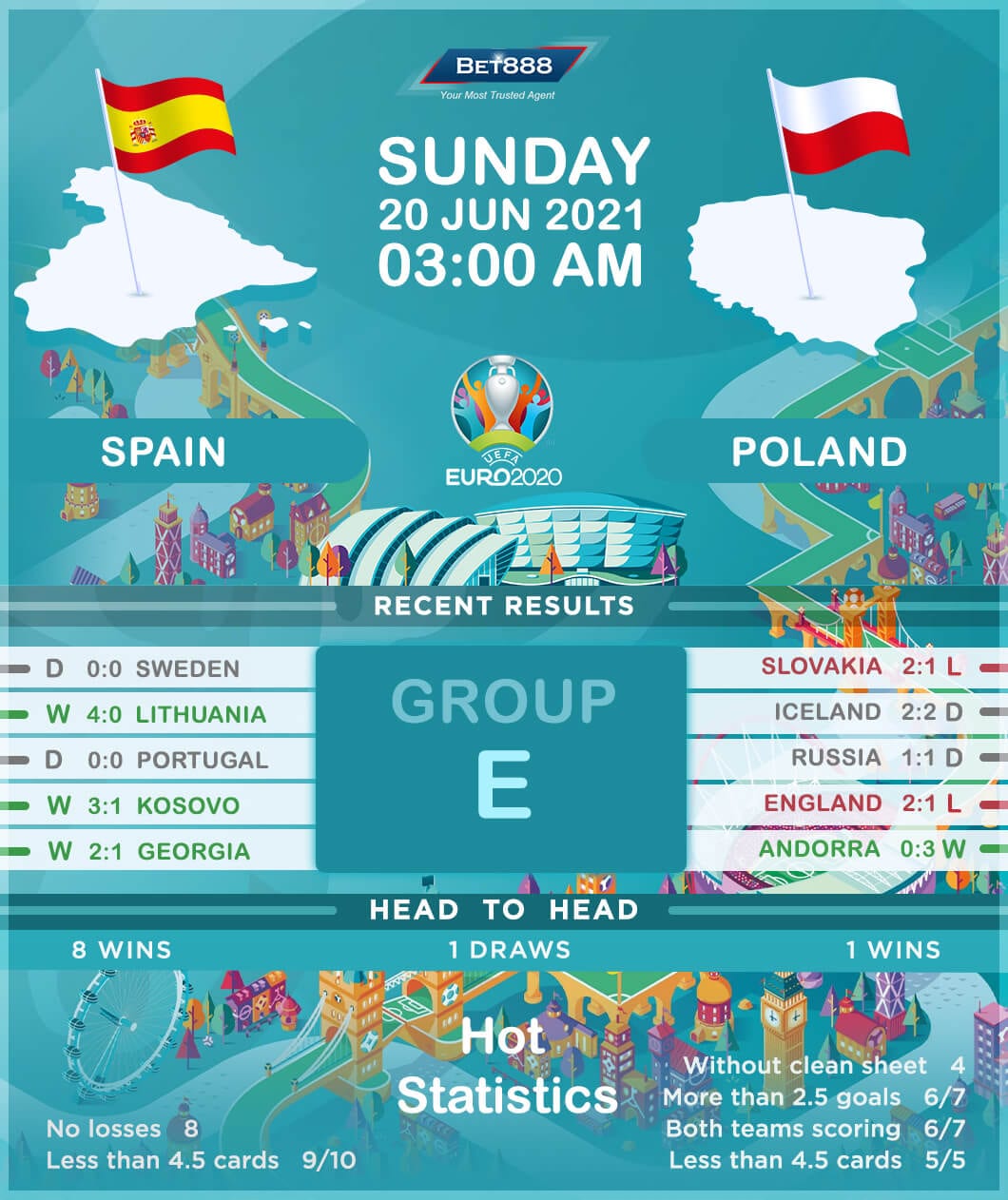