‘La Furia Roja’ have gone unbeaten in their last six outings (W3, D3) since suffering a shocking 1-0 away defeat to Ukraine in the UEFA Nations League back in October 2020. However, a lack of defensive quality has seen Spain fail to keep a clean sheet in six of their last seven games, though it’s worth noting that they haven’t conceded more than once per match in this sequence. Since a disappointing 2018 World Cup exit to Russia, Luis Enrique’s men have lost just once in their 13 home fixtures (W11, D1), going undefeated in the last ten on the trot since a 3-2 reverse to England back in October 2018 (W10, D1). Spain’s impressive home form comes as an encouragement, considering they’ve failed to beat Portugal in any of their last four encounters if considered only 90 minutes of play (D3, L1).

On the other hand, the reigning European Championship titleholders have put together four consecutive games without losing (W3, D1) since succumbing to a narrow 1-0 home defeat to France in November 2020. Notably, free-scoring Portugal netted 2+ goals three times during that four-match sequence at an average of 3.00 goals per game. Away from home, the ‘Selecao’ have alternated between winning (3) and drawing (2) across their last five fixtures, even though they scored over 1.5 goals four times in that spread of matches. Worryingly, though, after keeping three away clean sheets in a row, Fernando Santos’ men have now conceded in three consecutive road trips, letting in precisely two goals on two occasions. 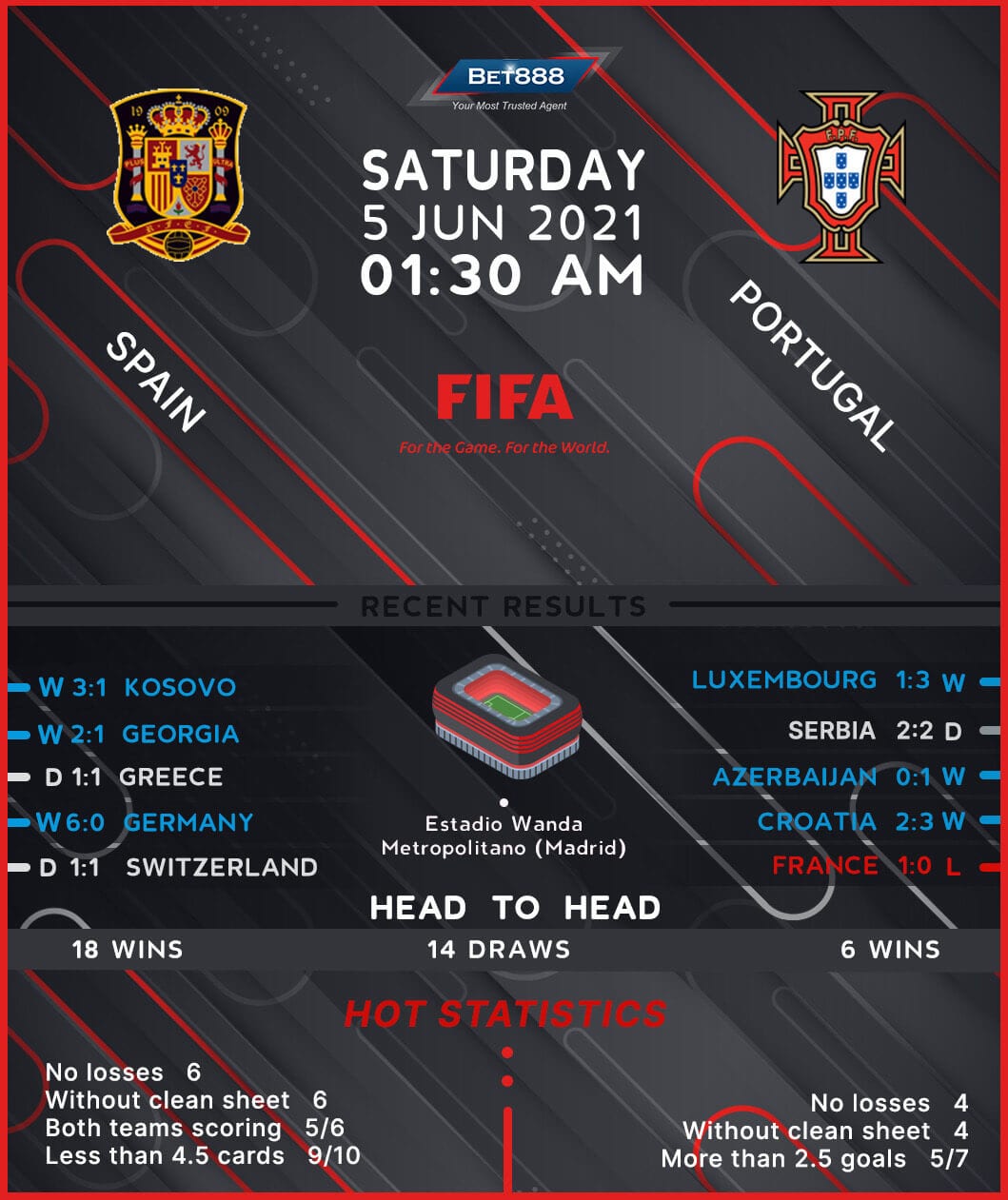