Sparta Praha and AC Milan are set to face-off at the Generali Ceska pojistovna Arena in their ultimate game of the UEFA Europa League group phase.

None of Sparta’s five matches in this season’s Europa League group stage has ended in a draw (W2, L3), with each game producing over 2.5 total goals. Indeed, four of the five results (win/loss) in this run of fixtures yielded a three-goal margin, with three coming by the same 4-1 scoreline. A 3-0 defeat in the reverse fixture in Italy on Matchday 2 now means the ‘Železná Sparta’ have failed to beat AC Milan in each of their seven historical European H2Hs (D2, L5). Two of their three previous European H2Hs held at this venue have ended goalless, with Sparta losing the other one by a 1-0 score. But, Vaclav Kotal’s side can take some confidence from the fact they have suffered just one loss in their last 17 home games in the Europa League group phase (W11, D5).

On the other hand, Milan have won three of their five fixtures in the Europa League group stage this term (D1, L1) to seal a place in the competition’s knock-out phase with a game to spare. Stefano Pioli’s men often tend to win with dignity, as evidenced by the fact each of their three group-stage victories this season has seen them score over 2.5 goals. Also, the ‘Rossoneri’ boast a solid European record versus Czech opponents (W7, D3, L1), returning a +12 goal difference from such meetings (GF: 17, GA: 5). The resurgent Italian giants have won seven of nine competitive away games this season (D2), scoring over 1.5 goals on eight of those occasions. Interestingly, six of Milan’s last eight away matches in the Europa League have seen both teams score, including qualifiers. 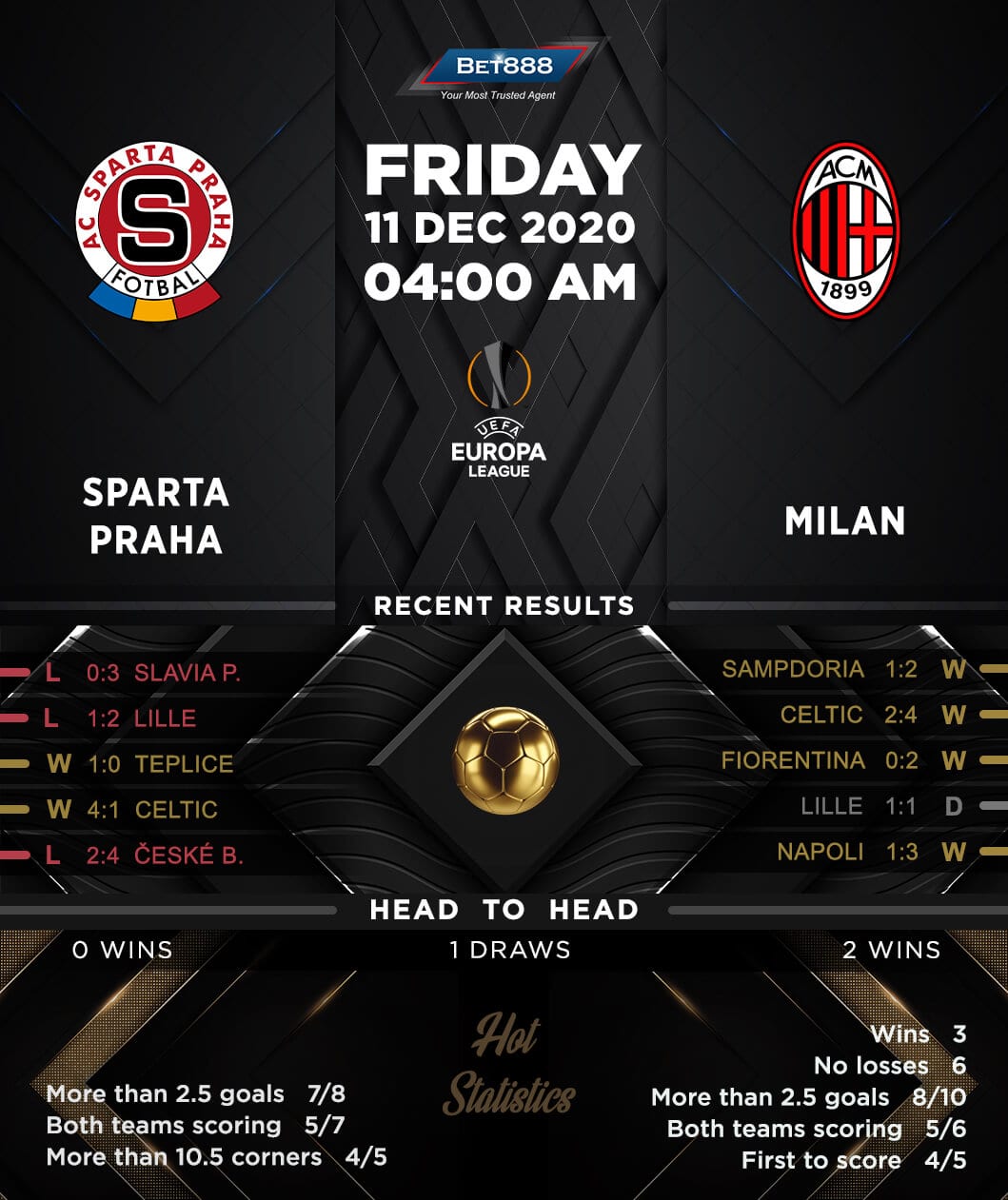