Sparta Praha welcome Celtic to the Generali Arena, seeking the three points that would keep them in contention for the top two places in Group H of the UEFA Europa League.

Sparta Praha picked up a shock 4-1 at Celtic Park last time out to kick-start their group stage campaign after suffering two defeats in a row. Curiously, each result (win/loss) across that three-game sequence came by a three-goal margin and saw the victor win the first half ‘to nil.’ That victory in the reverse fixture, however, represents only Sparta’s second triumph in their last 12 European matches (D2, L8), qualifying included. Their home games in that same run of fixtures were notably tight, as four of five ended separating the sides by under 1.5 goals. However, the Czech giants lament a disastrous European record against English clubs this millennium, having lost 11 of 16 such contests since the turn of the 21st century (W1, D4).

Meanwhile, nailed to the bottom of the section after a dismal Europa League start, Celtic take the field looking to post their first win in Group H (D1, L2). Despite a slow start, the ‘Bhoys’ have been a fun team to watch, as each of their opening three group stage fixtures saw over 3.5 goals and both teams on the scoresheet at full-time. Also, each game in that sequence yielded the identical 2-0 half-time scoreline (HT: W1, L2). Notably, Neil Lennon’s men have found the net in 26 of their last 27 matches in the Europa League group stage! It’s worthing noting that the ‘Hoops’ have lost both of their previous European clashes against Czech Republic clubs after avoiding defeat in three consecutive such meetings beforehand (W2, D1). 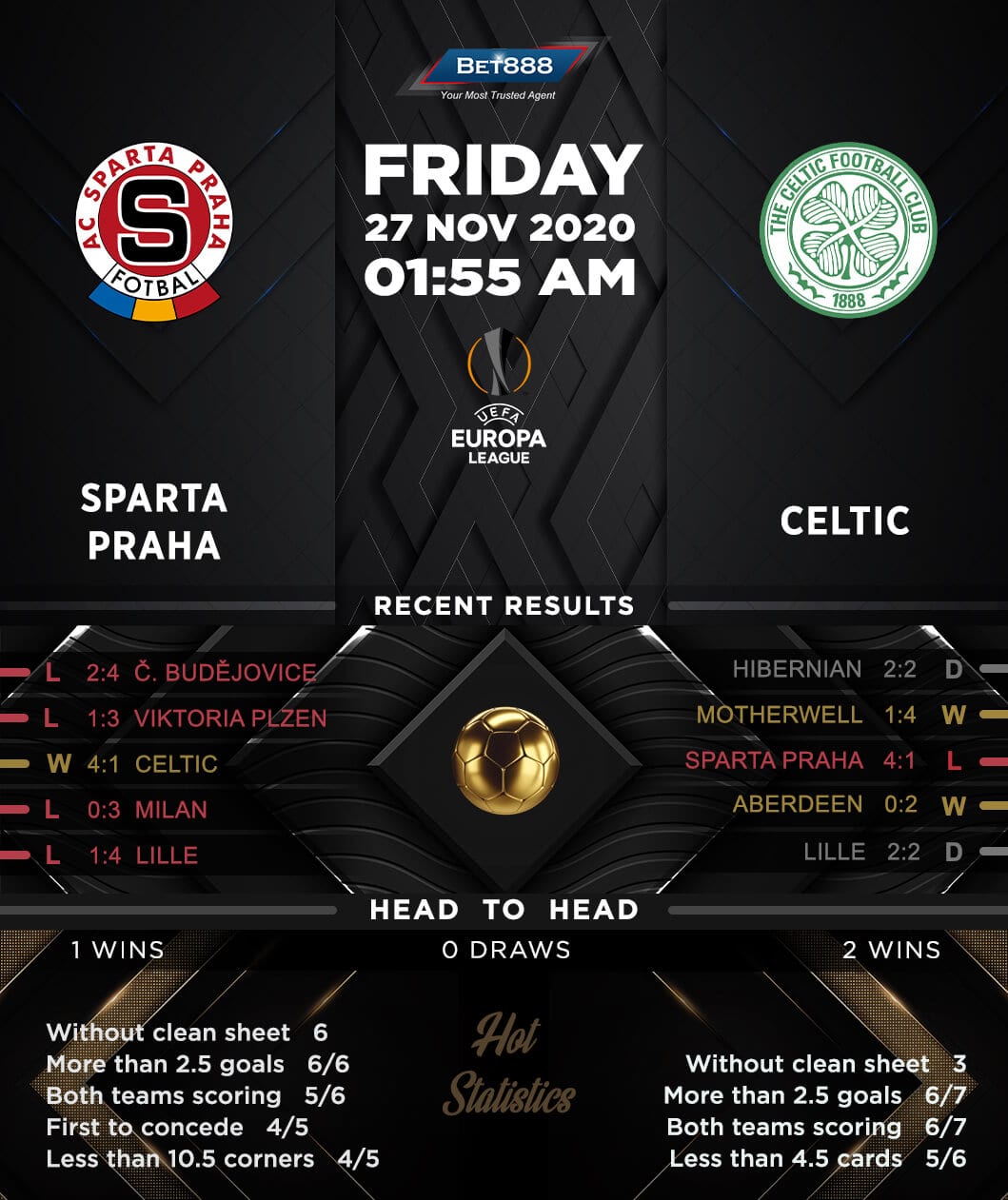