Spezia and Internazionale go head-to-head at the Stadio Alberto Picco as the visitors look to maintain a 100% win ratio in their competitive H2Hs.

A 4-1 thumping to Bologna last time out means Spezia have alternated victory (2) and defeat (3) in their previous five Serie A matches, with each result (win/loss) in that period seeing the victor fail to keep a clean sheet. High scoring has been a common theme in Spezia’s recent league games as all of the last six have seen both teams find the net, featuring an average of 3.7 goals per match. Since succumbing to a narrow 1-0 loss to Udinese in late January, the ‘Aquilotti’ have gone into overdrive at home, racking up a five-game unbeaten league streak at Alberto Picco (W3, D2). Vincenzo Italiano’s men netted over 1.5 goals four times across that five-match sequence, with each of their ten strikes in that run coming in the second half of play.

On the other hand, a 1-1 away draw at Napoli last time out hampered Inter’s 11-match winning streak in Serie A, though it means they have conceded under 1.5 goals in 14 consecutive league fixtures. ‘I Nerazzurri’ relish the prospect of facing Ligurian sides in Serie A, having won 12 of their last 13 top-flight meetings with such opposition (L1). Additionally, Antonio Conte’s men have been ruthless against newly-promoted teams in Serie A lately, picking up 13 victories in their last 15 such encounters (D2). Inter’s attacking set-up often bursts into life after the half-time break, as evidenced by the fact they have netted a league-high 48 second-half goals this Serie A campaign. Topically, ten of their last 12 league strikes have arrived after the interval. 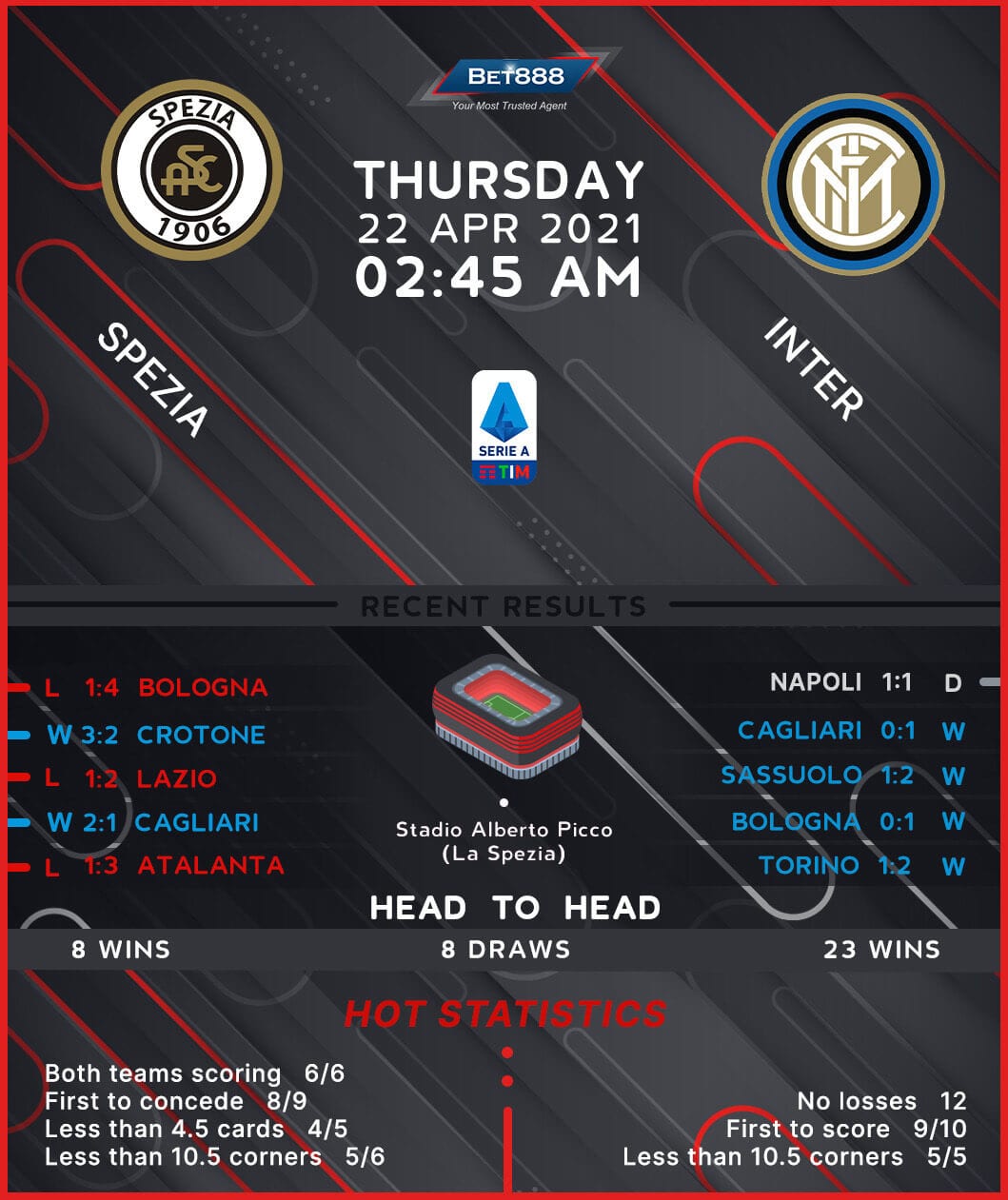