Seeking revenge for a dismal 2-1 defeat in the reverse fixture, Napoli head to the Stadio Alberto Picco to meet Spezia in a must-win Serie A fixture.

Since pulling off a 3-2 home win over dead-last Crotone on Matchday 30, Spezia have alternated draw (2) and defeat (2) in their subsequent four Serie A outings, a sequence that saw them slip to just three points clear of relegation-threatened Benevento. However, the ‘Aquilotti’ have racked up an impressive six-match unbeaten home streak in Serie A (W3, D3) since suffering a 1-0 loss to Udinese in late January, albeit they’ve failed to keep a clean sheet in their last five league matches on home turf. Particularly vulnerable after half-time, Vincenzo Italiano’s men have registered two-thirds of their total Serie A goals conceded at home this term in the second half of play (14/21). With that said, entertainment in the latter stages of Spezia’s home league matches has been relatively sparse this season as only 31.25% have featured a goal beyond the 75th minute.

In the meantime, Napoli have gone into overdrive since succumbing to a 2-1 away loss to Juventus in early April, racking up a five-match unbeaten run in Serie A since then (W3, D2). Sitting two points adrift of fourth-placed AC Milan, ‘I Partenopei’ can ill-afford any more slip-ups if they are to play in the UEFA Champions League next season. Therefore, Gennaro Gattuso will be pleased to know his men have won four of their last five away Serie A games by an aggregate scoreline of 7-0, barring the abovementioned reverse in Turin. Additionally, the visitors boast a solid record against newly-promoted teams in recent times, having won 25 out of their last 28 such contests (L3). What’s more, Napoli have won each of their previous three competitive trips to Spezia by an aggregate score of 6-1. 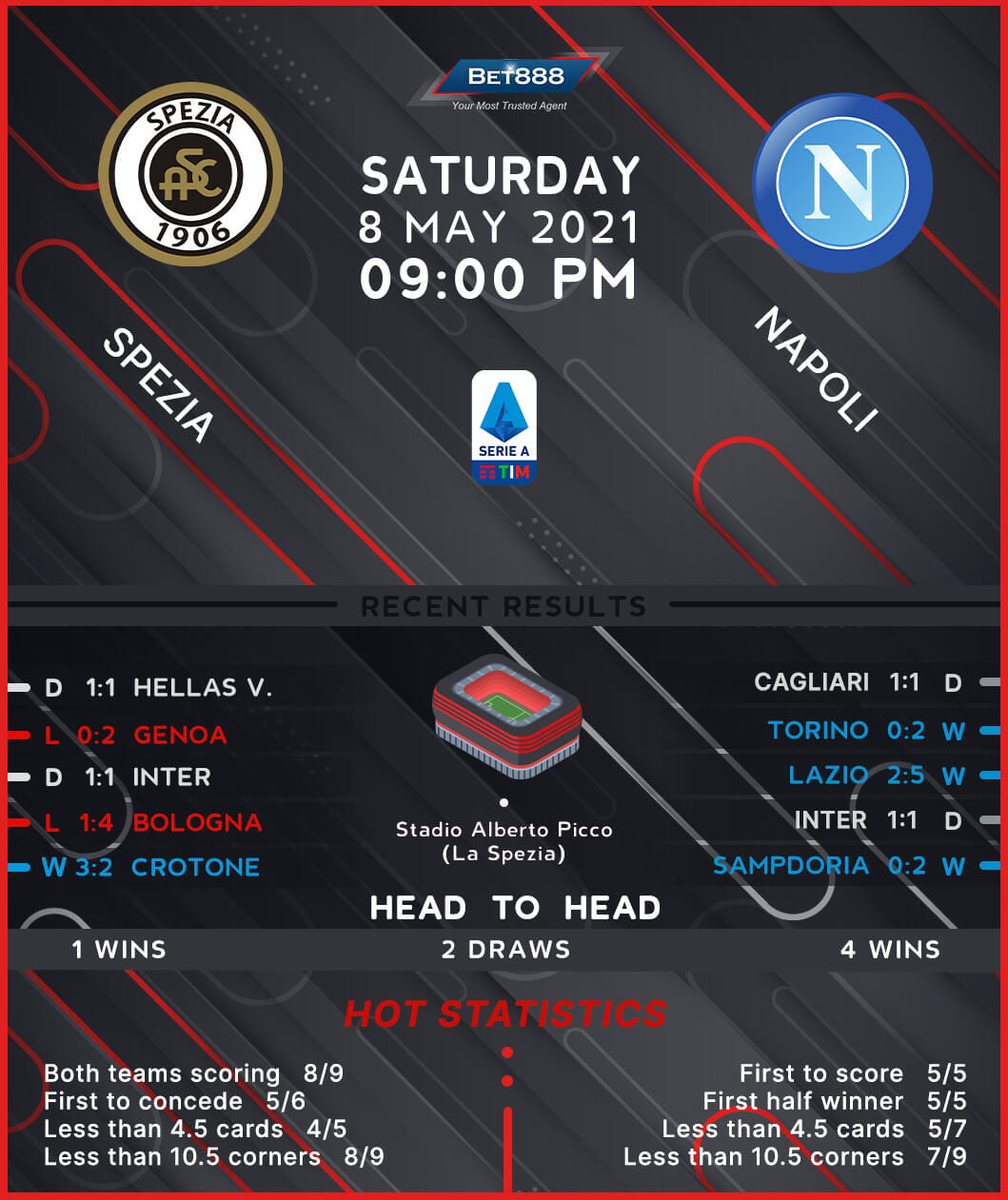