A 4-0 away loss to Leicester City on Matchday 3 did bring Braga’s two-game winning streak in the Europa League to a halt, though it also means that each of their opening three games in the group stage produced over 2.5 total goals. Also, each result (win/loss) across that three-game sequence saw the winner on the day open the scoring in the first half. Interestingly, ‘Os Arcebispos’ have lost three of their last five games in the Europa League (W2) after avoiding defeat in seven consecutive such outings beforehand (W5, D2). Carlos Carvalhal’s men have lost just one of their last seven home matches in the Europa League group stage (W4, D2), scoring an average of 2.66 goals per game they avoided defeat in during that time.

Meanwhile, the visitors have won each of their opening three group stage fixtures, two via at least a two-goal margin, though they go into this encounter on the back of a 3-0 Premier League loss to Liverpool. Quick out of the blocks, Brendan Rodgers’ men have scored five first-half goals in the Europa League this term, which equals Braga’s overall haul for the season. However, the ‘Foxes’ have lost six of their last nine away matches in major European competitions (W2, D1), scoring under 1.5 goals on seven of those occasions. Also, Leicester’s only previous UEFA trip to Portugal yielded a disastrous 5-0 defeat to Porto back in 2016. A high-scoring contest is on the cards, though, as five of six competitive trips this term produced over 2.5 total goals (W5, L1). 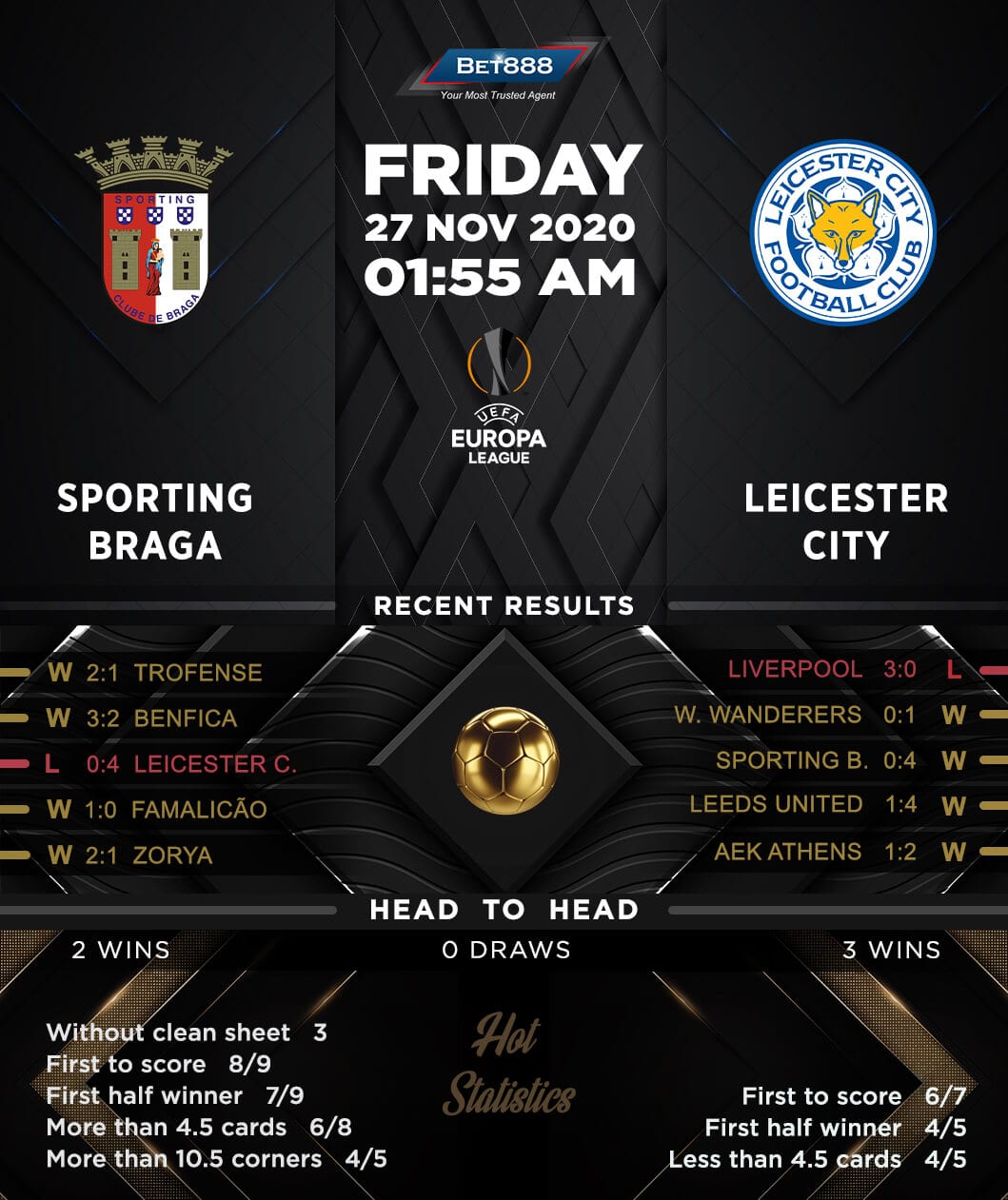