Braga did an impressive job in Group G, finishing second to Leicester City only due to a slightly worse goal difference (+4 – GF:14, GA:10), having lost just one of their six group-stage fixtures in the process (W4, D1). At home, ‘Os Arcebispos’ have scored 2+ goals in each of their three Europa League home outings this season (W2, D1), which means they’ve only lost two of their last 16 European home matches, qualifiers included (W10, D3). However, Carlos Carvalhal’s men have suffered five defeats in their previous six knock-out stage games of the Europa League (W1), conceding 2+ goals on four occasions in the process. Curiously, though, it will be Braga’s first clash against an Italian opponent in the competition proper following a 1-0 away loss at AC Milan in the 2008/09 UEFA Cup group stages.

Meanwhile, Roma had won four of their five matches in the Europa League group stage this term (D1) before succumbing to a dismal 3-1 loss away at Slavia Sofia on Matchday 6. Paulo Fonseca’s men have shown some dignity when winning, though, as witnessed by the fact they’ve scored an average of 4.00 goals per victory this Europa League campaign. Notably, ‘I Giallorossi’ have faced six different Portuguese teams in major European competitions so far, defeating each of them at least once! In the Europa League knock-out stage alone, Roma have won only four of their last 11 fixtures (D3, L4), with 54.55% of them seeing both teams on the scoresheet. Coming into this game, they have lost back-to-back away matches in all competitions without scoring once. 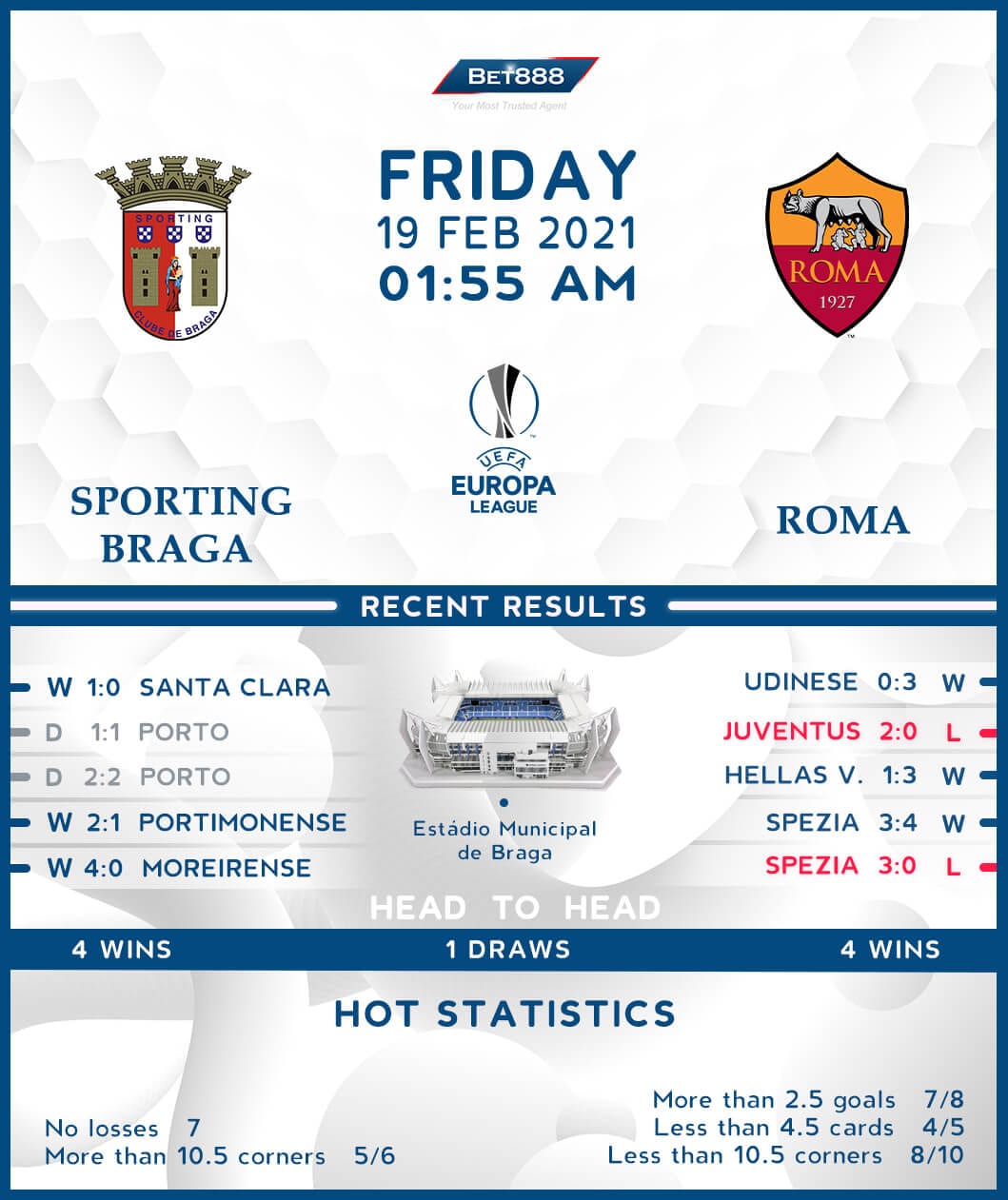