South Korea’s pursuit of securing a place at the World Cup finals continues this midweek as they head to the Goyang Stadium to take on minnows Sri Lanka.

The hosts have been cut adrift from the pack, having lost all five of their World Cup Qualifying fixtures by an aggregate score of 18-2 as they’ve already lost any chance of securing a top-two finish in Group H. Sri Lanka’s defensive leaks have seen them concede 2+ goals in each of their five Group H contests, with 12 (66.67%) of their 18 goals shipped across those games coming in the first half of play. Except for the ‘awarded’ win over Macau in June 2019, the ‘Golden Army’ are winless in their previous ten home matches (D1, L9), losing the last four in a row without scoring. South Korea’s visit looks like to add to their misery, considering their only previous H2H meeting resulted in an 8-0 thrashing in the reverse World Cup qualifier.

Meanwhile, after winning three of their opening four World Cup Qualifying games (D1), South Korea face a prime opportunity to solidify the first position in the Group H standings. The South Koreans have been relentless in this World Cup Qualifying campaign, winning three of their four qualifiers by an aggregate score of 15-0, with the solitary exception of a scoreless away draw to Lebanon on Matchday 3. Seeking their tenth successive qualification for the World Cup finals, the ‘Taegeuk Warriors’ remain the only team in the AFC confederation yet to concede a single goal in this qualifying campaign. The second-best ranked AFC nation (#39) have lost just once in their last 12 meetings with continental rivals (W8, D3), courtesy of a 3-0 thumping to Japan in an international friendly back in March. 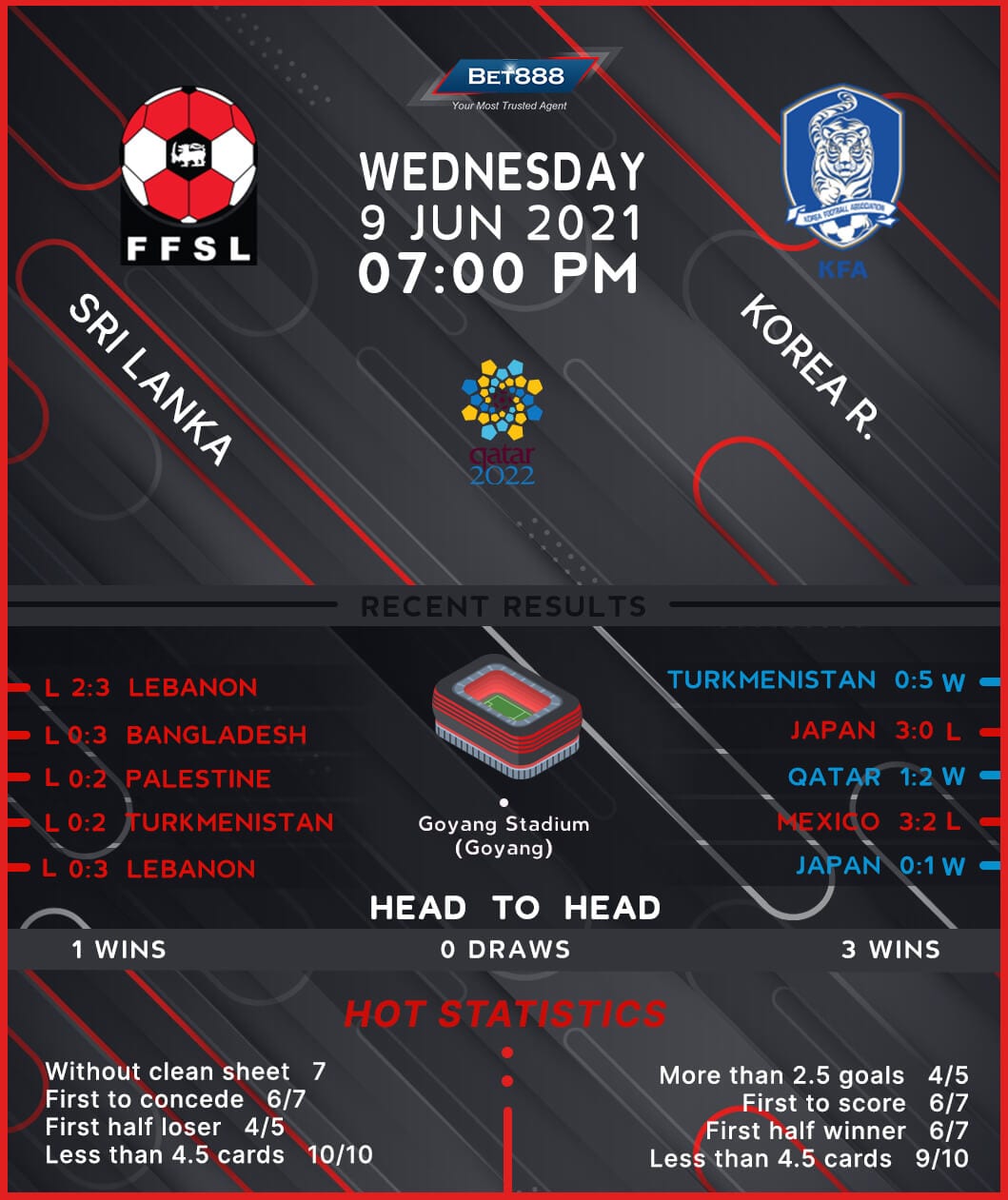