Stade de la Meinau is the venue, as Strasbourg and Montpellier go head-to-head in the first round of Coupe de France.

After winning three consecutive matches, Strasbourg have suffered a dip in form, alternating between a draw and a loss across their last four competitive outings (D2, L2). A lack of firepower up front has seen ‘Les Coureurs’ net under 1.5 goals in five of their previous six games, with each of their last three goals scored coming in the second half of play. Therefore, entertainment has been relatively sparse, with five of those six fixtures featuring under 2.5 total goals. Having that said, eight of Strasbourg’s last ten matches have seen one side fail to get on the scoresheet, which has been the case in two of their previous three competitive meetings with Montpellier (W1, L2). As such, scoring first will be of the essence, especially considering Thierry Laurey’s men have not lost any of their five home matches in which they opened the scoring this season (W3, D2).

Meanwhile, Montpellier snatched away a 4-2 home triumph against Dijon in the Ligue 1 weekend, putting an end to a disastrous nine-game winless streak (D3, L6). Despite a lack of form, ‘La Paillade’ have been a fun team to watch lately, as evidenced by the fact six of their last nine competitive fixtures have featured over 3.5 total goals, with all but one of them seeing both teams hit the net. Away from home, Michel De Zakarian’s men have failed to keep a clean sheet in their previous four matches after doing so in three consecutive such contests beforehand. Speaking of their defensive woes, Montpellier have shipped 2+ goals per game three times during that abovementioned four-match run, with eight of their ten goals conceded in that sequence arriving in the second half of play. 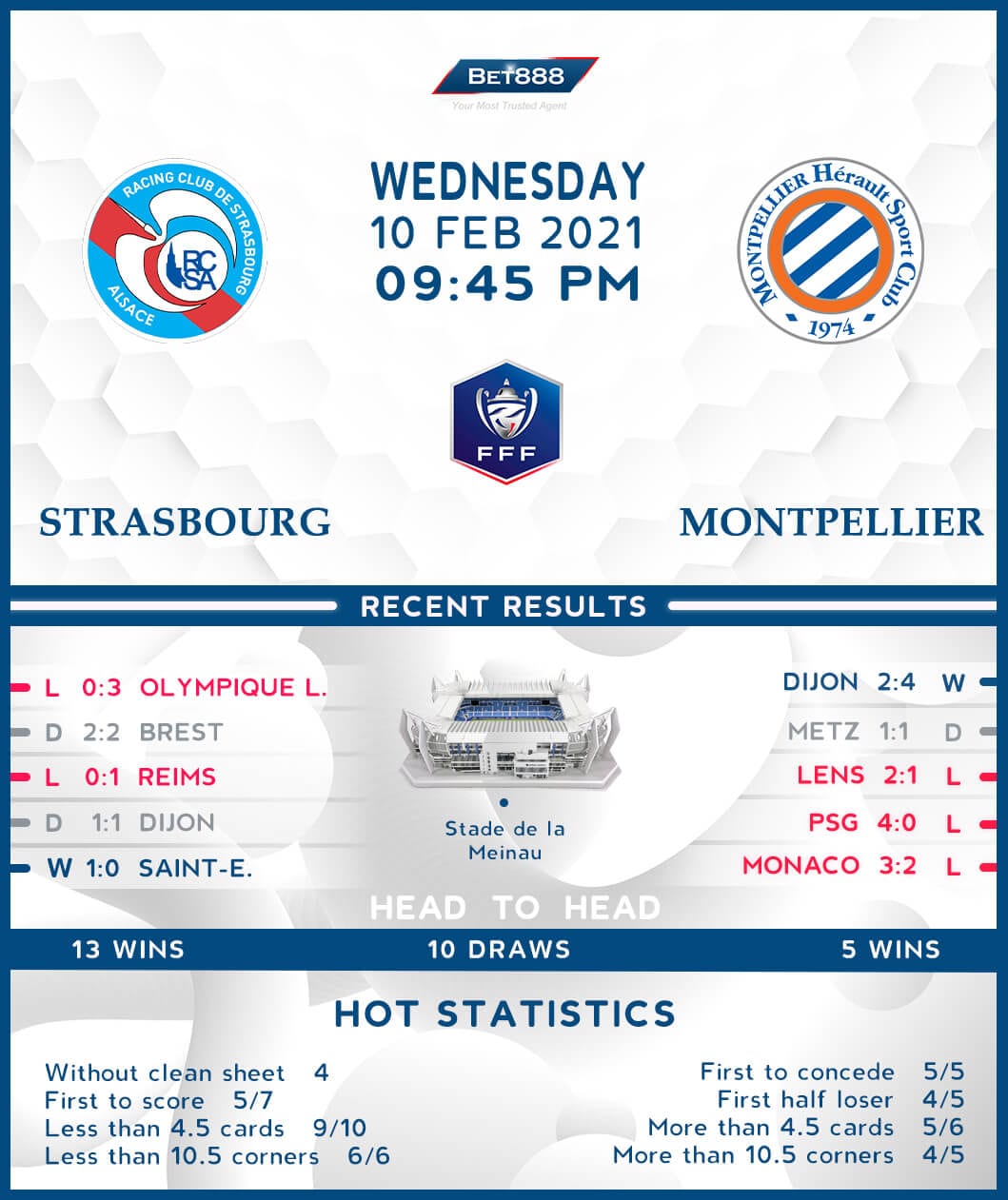