Encouraged by a 3-2 away win over Bayern Munich in the UEFA Champions League, Paris Saint-Germain head to the Stade de la Meinau to meet Strasbourg in a must-win Ligue 1 match.

Strasbourg’s 3-2 away win at Bordeaux last time out means none of their last four Ligue 1 fixtures have ended in a draw (W2, L2), with each result (win/loss) in that period yielding a narrow one-goal margin. At home, ‘Les Coureurs’ have claimed just one win in their last five league matches (D2, L2), netting under 1.5 goals on four occasions. However, the hosts will be confident of finding the net here, having scored in each of their previous six competitive home meetings with PSG (W2, D2, L2). Yet, it may take a while before they penetrate PSG’s defense, given they have only scored once in the opening 15 minutes of the Ligue 1 home action played so far. Notably, though, Thierry Laurey’s men have lost just once in their last six top-flight H2Hs as hosts (W2, D3).

Meanwhile, PSG suffered a dismal 1-0 home loss to Lille last weekend as they enter this round trailing table-toppers ‘Les Douges’ by three points. Since being held to a 1-1 away draw to Saint-Etienne on his managerial debut at PSG, Mauricio Pochettino has not drawn any of his subsequent 13 Ligue 1 games in the dugout (W9, L4). Significantly, 69.23% (9) of the matches won/lost in that 13-game sequence saw the winner on the day register a shutout. But ‘Les Parisiens’ have won their last four away league fixtures by an aggregate scoreline of 11-2, scoring the opening goal within 20 minutes on each occasion while netting precisely two first-half goals three times in the process. Yet, it is worth noting that the reigning French champions have lost each of their last three Ligue 1 fixtures following a Champions League midweek. 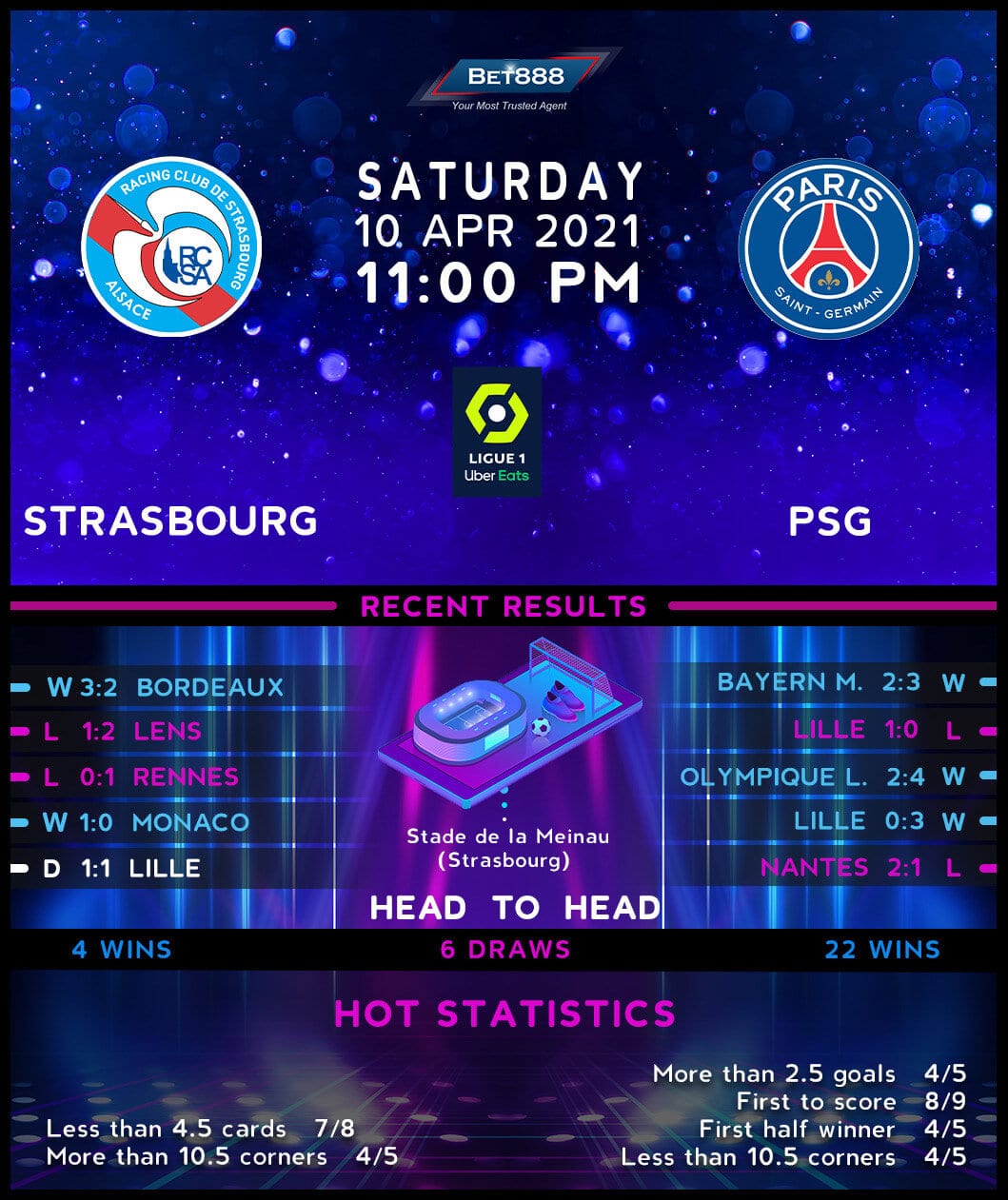