Mid-table Stuttgart and relegation-threatened Arminia Bielefeld are set to trade tackles at the Mercedes-Benz Arena in the ultimate round of the 2020/21 Bundesliga fixtures.

Injury-hit Stuttgart have experienced an upturn in form ahead of the season finale, going from four consecutive Bundesliga defeats to back-to-back victories. Curiously, five of the six games won/lost in that sequence saw the victor fail to keep a clean sheet. Each of Stuttgart’s five home Bundesliga victories have come in the second half of the season (D1, L2), after ‘Die Schwaben’ failed to claim a single home triumph in the first half of the campaign (D5, L3). Following a run of eight consecutive meetings in all competitions without a loss (W4, D4), Stuttgart succumbed to a horrendous 3-0 defeat to Bielefeld in the reverse fixture back in late January. They could now suffer their first league double against this opposition since the 1981/82 Bundesliga season.

On the other hand, Bielefeld are fighting tooth and nail to avoid relegation as they take the field holding a slender one-point lead on 16th-placed Werder Bremen and are also two points clear of 17th-placed Koln. ‘Die Arminen’ have won once in five Bundesliga matches, going winless in the last three in a row since a 1-0 home victory against rock-bottom Schalke (D2, L1). Since the calendar flipped to 2021, Frank Kramer’s men have secured just one triumph in nine away Bundesliga games (D5, L3), courtesy of a 2-1 win at Bayer Leverkusen in mid-March. Worryingly, the visitors have drawn a blank in each of their last three Bundesliga trips. Indeed, no team has scored fewer away Bundesliga goals than Bielefeld (11) this season, with Arminia netting 2+ goals just twice in 16 top-flight trips so far. 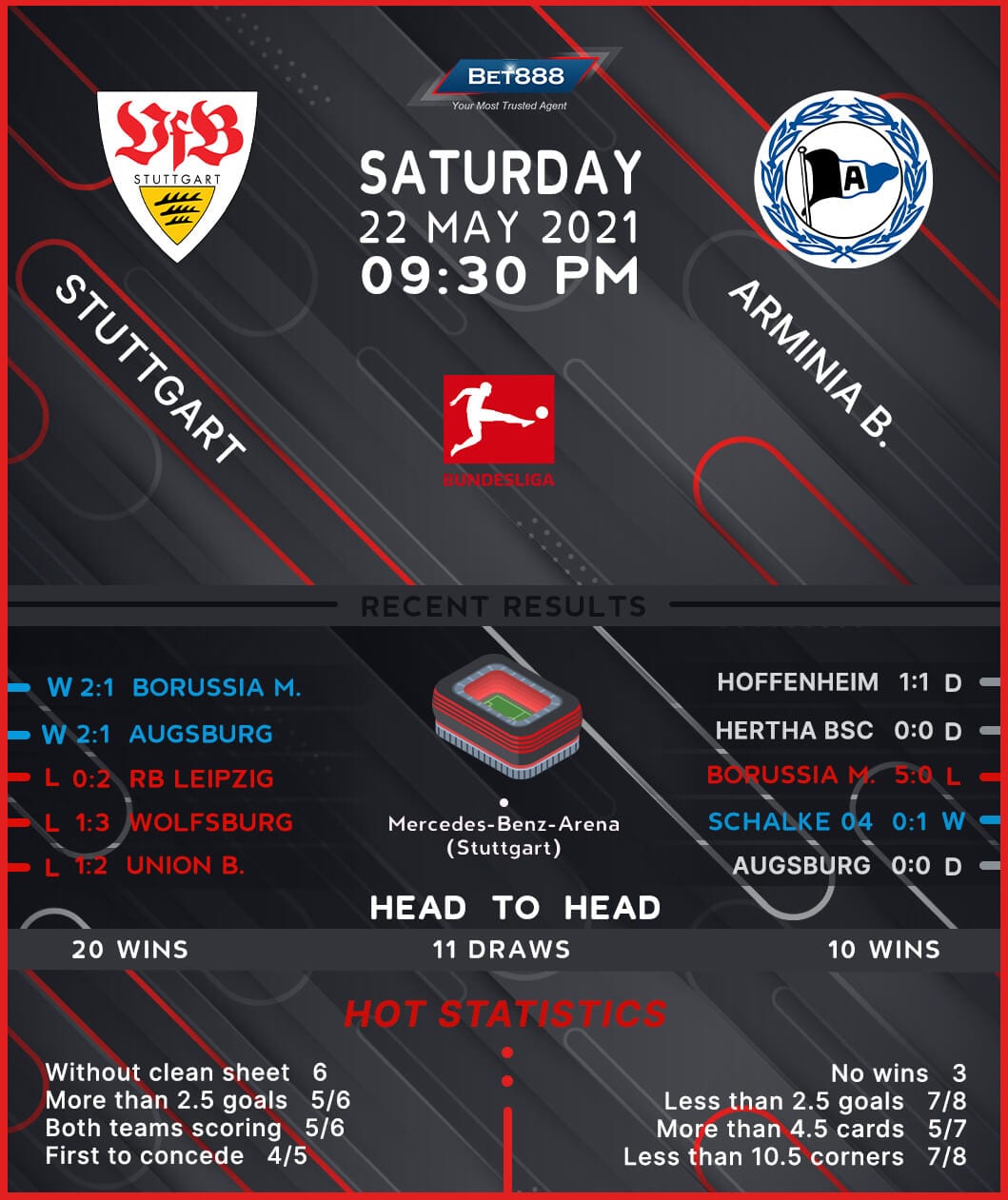