Bayern Munich will be looking to post a third consecutive Bundesliga win over Stuttgart when the two sides meet at the Mercedes-Benz Arena.

A 3-3 away draw against TSG Hoffenheim last time out gave Stuttgart a fourth consecutive Bundesliga stalemate, which means that take the field unbeaten in seven league matches (W2, D5). However, ‘Die Schwaben’ are one of six sides yet to taste victory at home this season (D3, L1), despite finding the net in each of their four home Bundesliga outings. It will be a daunting prospect to kick-start their home campaign against a Bayern Munich team they’ve lost to in each of their last eight top-flight H2Hs as hosts! Early action is well on the cards, though, as evidenced by the fact that three of their four home league games produced at least one goal inside the opening 15 minutes of play.

Meanwhile, Bayern head into this encounter off the back of a 3-1 Champions League triumph over RB Salzburg that has brought their unbeaten streak in all competitions to 12 games (W11, D1). In the Bundesliga alone, the ‘Bavarians’ have won five of their last six matches (D1), scoring an average of 3.16 goals per fixture across that sequence. Particularly lethal before half-time, the reigning Bundesliga holders have registered a clear majority (70%) of their total away league goals scored so far in the first half of play (7/10). Away from home, Hansi Flick’s men have racked up three consecutive away league victories since succumbing to a 4-1 defeat to Hoffenheim on Matchday 2 despite failing to keep a clean sheet in each of those outings. 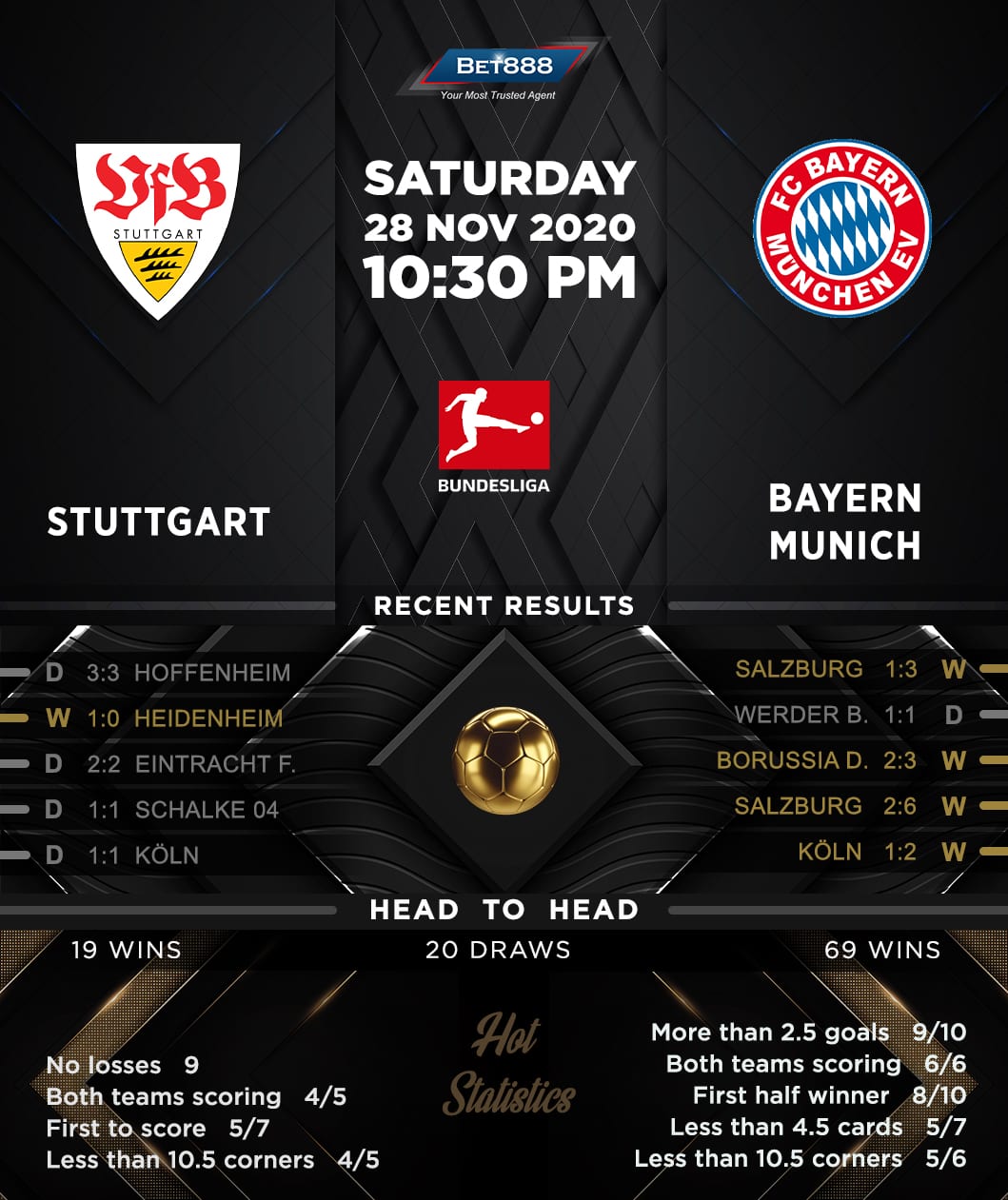