Underperforming Borussia Dortmund travel to the Mercedes-Benz Arena to take on 15th-placed Stuttgart in an exciting Bundesliga Matchday 29 curtain-raiser.

Relegation-threatened Stuttgart head into proceedings in high spirits after alternating between victories (2) and draws (2) across their last four Bundesliga outings. But despite enjoying their joint-best unbeaten league run this season, Pellegrino Matarazzo’s men can ill-afford to get complacent, with 16th-placed Arminia Bielefeld only one point adrift. Curiously, ‘Die Roten’ have come from behind to beat Augsburg and Borussia Monchengladbach by the same 3-2 scoreline across their last two Bundesliga home games, this after going winless in their five previous home top-flight matches (D2, L3). However, Stuttgart’s Bundesliga credentials will be on the line against a Dortmund side they’ve lost to in six of their last seven H2Hs in the competition (W1), including a 2-1 defeat in the reverse fixture. It’s worth mentioning that they conceded 2+ goals in each loss during that seven-game sequence.

As for Dortmund, a crushing 4-1 home reverse to RB Leipzig last time out effectively ruled them out of the Bundesliga title race, allowing table-topping Bayern Munich to re-establish a nine-point cushion at the summit. ‘Die Borussen’ are now winless in the two most recent league outings (D1, L1), though they can fall back on their eye-catching six-game unbeaten Bundesliga streak away from home (W4, D2). Yet, a lack of the finishing touch has seen Marco Rose’s side score precisely once in their last three Bundesliga matches on hostile turf, having netted 2+ on four of their five league travels beforehand. Dortmund should still feel confident about tormenting Stuttgart’s defence here, having found the net in all but one of their last 25 Bundesliga H2Hs, including the last 14 on the trot. Keeping a clean sheet will be tricky, though, with only two shutouts from their 14 away league fixtures this season. 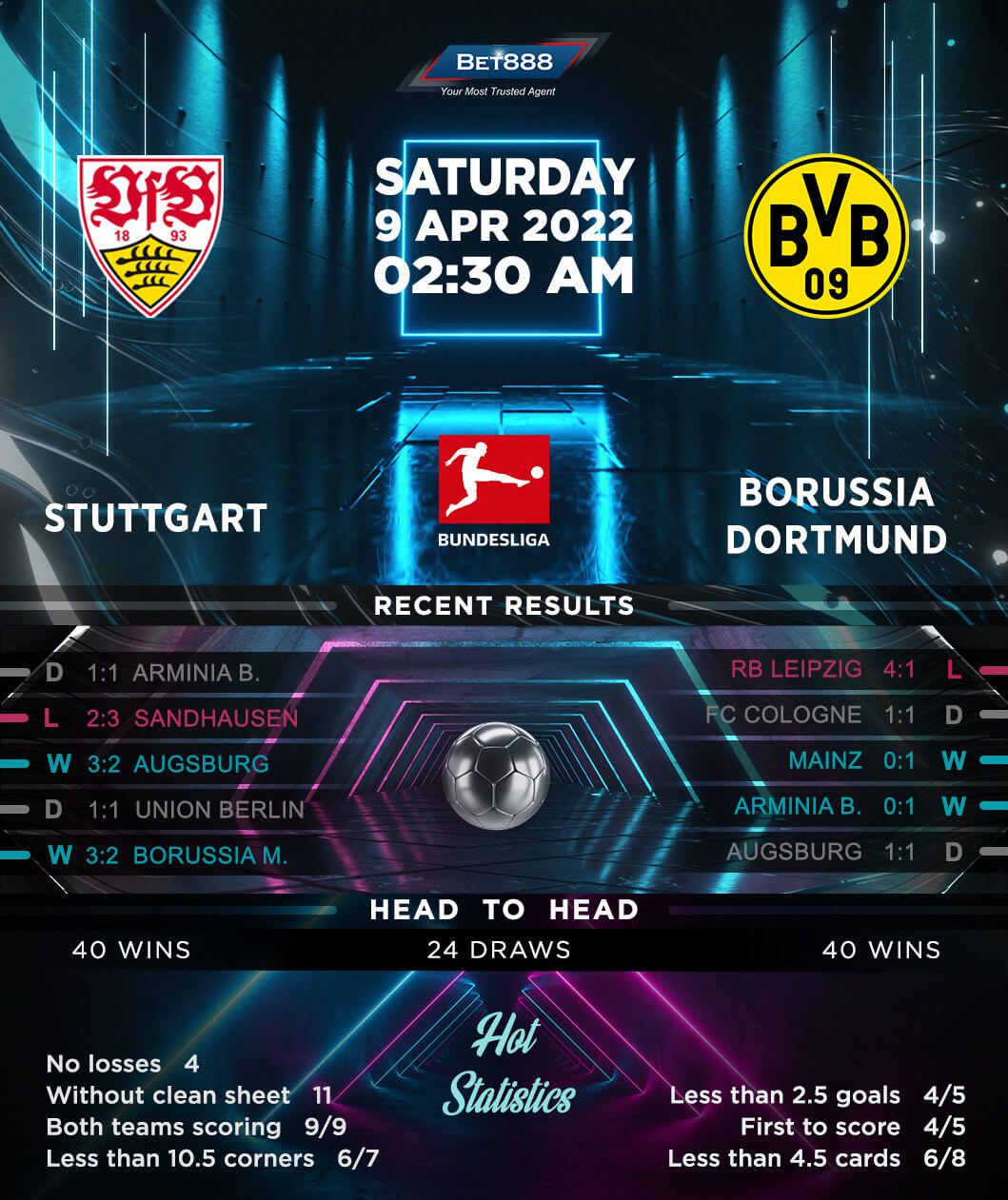