Coming off the back of a 2-1 UEFA Champions League loss to Manchester City, Borussia Dortmund will be looking to even the score with Stuttgart following a 5-1 thumping in the reverse fixture earlier this season.

Stuttgart have alternated victory (2) and defeat (1) across their last three Bundesliga outings, with each game won/lost in that sequence seeing the victor keep a clean sheet. Since going down 1-0 to RB Leipzig in their first home league match of the calendar year, ‘Die Schwaben’ have gone unbeaten in six home Bundesliga games on the bounce (W4, D2), netting 2+ goals on four occasions in the process. Much of Stuttgart’s recent home success has to be pinned on a water-tight defense that has conceded just twice in their last five Bundesliga fixtures at the Mercedes-Benz Arena. They had previously failed to keep a clean sheet in eight consecutive such contests, letting in an average of 1.87 goals per match. The ‘clean-sheet’ theme is seemingly off the table for Stuttgart, though, considering they’ve not registered a shutout in 12 top-flight meetings with Dortmund.

Meanwhile, a 2-1 home reverse against Eintracht Frankfurt last time out leaves Dortmund with a single win in four Bundesliga games (D1, L2), a sequence that saw them drop to seven points below fourth-placed Frankfurt. Away from home, ‘Die Borussen’ have suffered four defeats in their last six Bundesliga fixtures (W1, D1), frustratingly conceding over 1.5 goals five times in the process. Against this backdrop, BVB have wrapped up six victories in their previous eight top-flight trips to Stuttgart (D1, L1), netting 3+ goals in four of their last five such encounters. Action may come late here, as evidenced by the fact that 19 (70.37%) of Dortmund’s 27 away league goals scored this season have come in the second half of play. Topically, action-packed football inside the final 15 minutes is a near-certainty, as 78.57% of BVB’s away Bundesliga matches this term produced at least one goal in this timeframe (11/14). 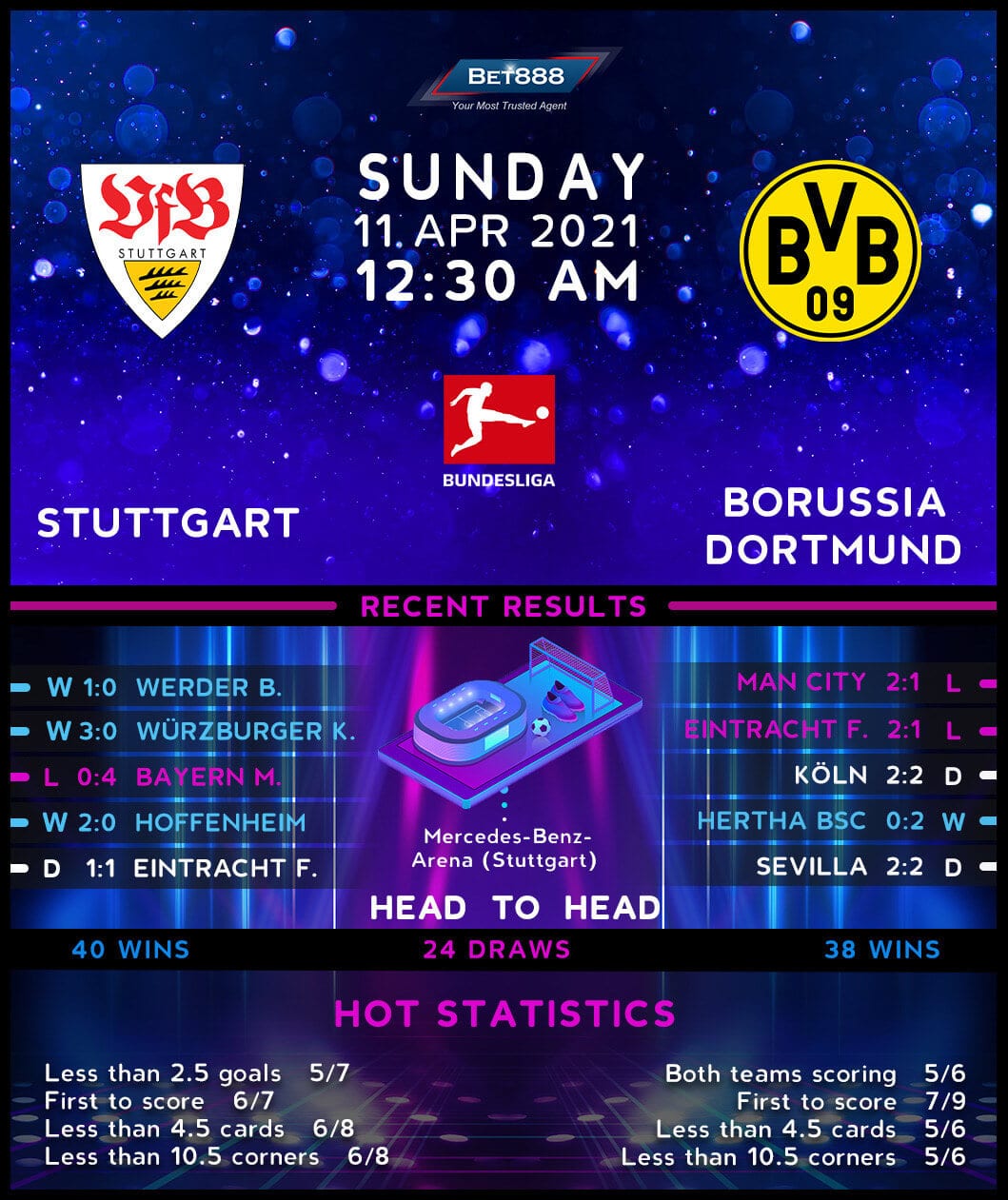