Borussia Monchengladbach travel to the Mercedes-Benz Arena to take on Stuttgart in an exciting DFB Pokal encounter.

Stuttgart snatched away a 2-0 home triumph against Mainz 05 last time out, bringing a three-game winless streak to a halt (D1, L2) and keeping a clean sheet for the first time this calendar year. But, ‘Die Schwaben’ have endured mixed fortunes across their last six competitive home fixtures (W2, D2, L2), with three of the four results (win/loss) in that sequence seeing the victor register a shutout. The ‘clean-sheet’ theme remains significant in the context of the preceding H2Hs recorded at this venue. Just one of the last 12 competitive meetings between Stuttgart and Monchengladbach here has ended in a draw (W7, L4), with nine of those 11 win/losses seeing the winner on the day shut out the loser. That said, both of Stuttgart’s victories in this DFB Pokal campaign have come by the same 1-0 scoreline.

As for Monchengladbach, they have enjoyed a blistering start to the new calendar year (GP:6 – W4, D2), with half (3) of those six matches seeing both teams score at least twice. ‘Die Fohlen’ have reached this stage of the DFB Pokal after brushing aside two lower-league sides, Oberneuland and Elversberg, by an intimidating aggregate score of 11-0. However, Marco Rose’s men have only won two of their last eight competitive away games (D4, L2), conceding over 1.5 goals per match in five (62.5%) of them. Letting in the opening goal could strike a devastating blow to Borussia’s chances of winning here, as they’ve failed to complete a single comeback in any of their four away games in which they shipped the opener this season (D2, L2). 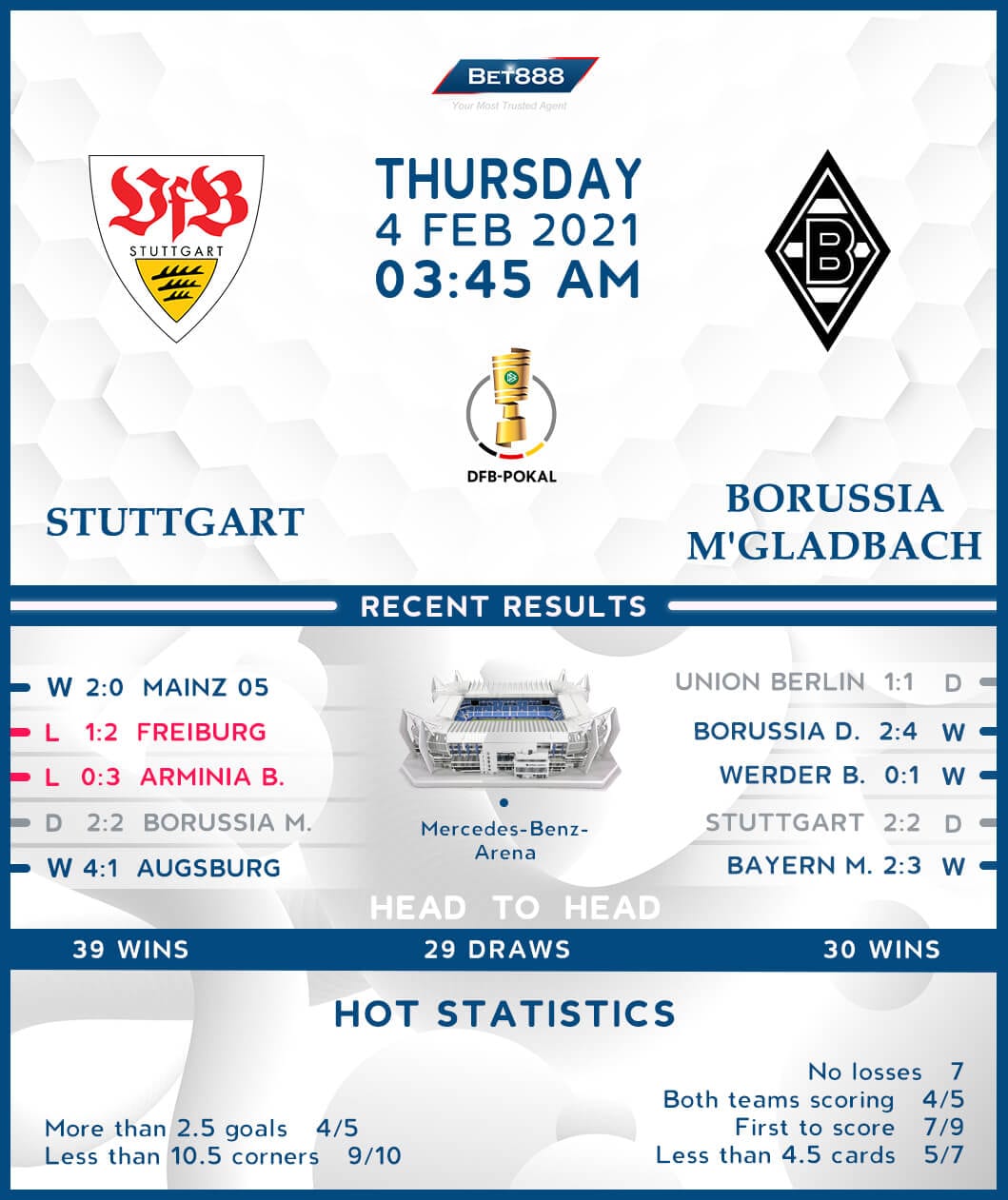