Borussia Monchengladbach will be looking to maintain a 100% start to the new calendar year when they meet Stuttgart at the Mercedes-Benz Arena this weekend.

Stuttgart dismantled Augsburg 4-1 on the road last time out after failing to win three consecutive Bundesliga games on the bounce (D1, L2) to keep their dream of qualifying for European football next season alive. However, Pellegrino Matarazzo’s men enter this round as one of just three teams yet to taste a win at home in the Bundesliga this term (D4, L3). Although Stuttgart have tallied their millennium-high 30 goals after the opening 15 Bundesliga fixtures, only nine (30%) of these strikes have come on home soil. ‘Die Schwaben’ will have to defy their recent attacking output against Monchengladbach at home to improve the abovementioned stats, as they’ve netted under 1.5 goals in each of their five previous top-flight meetings held at this venue (W2, L3).

In the meantime, Monchengladbach stumbled down the final stretch of 2020 (D3, L1) but have bounced back in 2021 to win the first two Bundesliga games of the new calendar year by a single-goal margin. Interestingly, before beating Arminia Bielefeld 1-0 in their last league trip, five of Monchengladbach’s away Bundesliga fixtures prior had seen over 3.5 goals and both teams on the scoresheet. Marco Rose’s men have, however, struggled defensively on the road this season, conceding over 1.5 goals per game in five of their seven Bundesliga trips thus far. In fact, only rock-bottom Schalke 04 (12) have shipped more away first-half goals in the Bundesliga than ‘Die Fohlen’ (9) this term. Yet, quick-start Monchengladbach have scored the opening goal in their last six away league fixtures to win three of them (D2, L1). 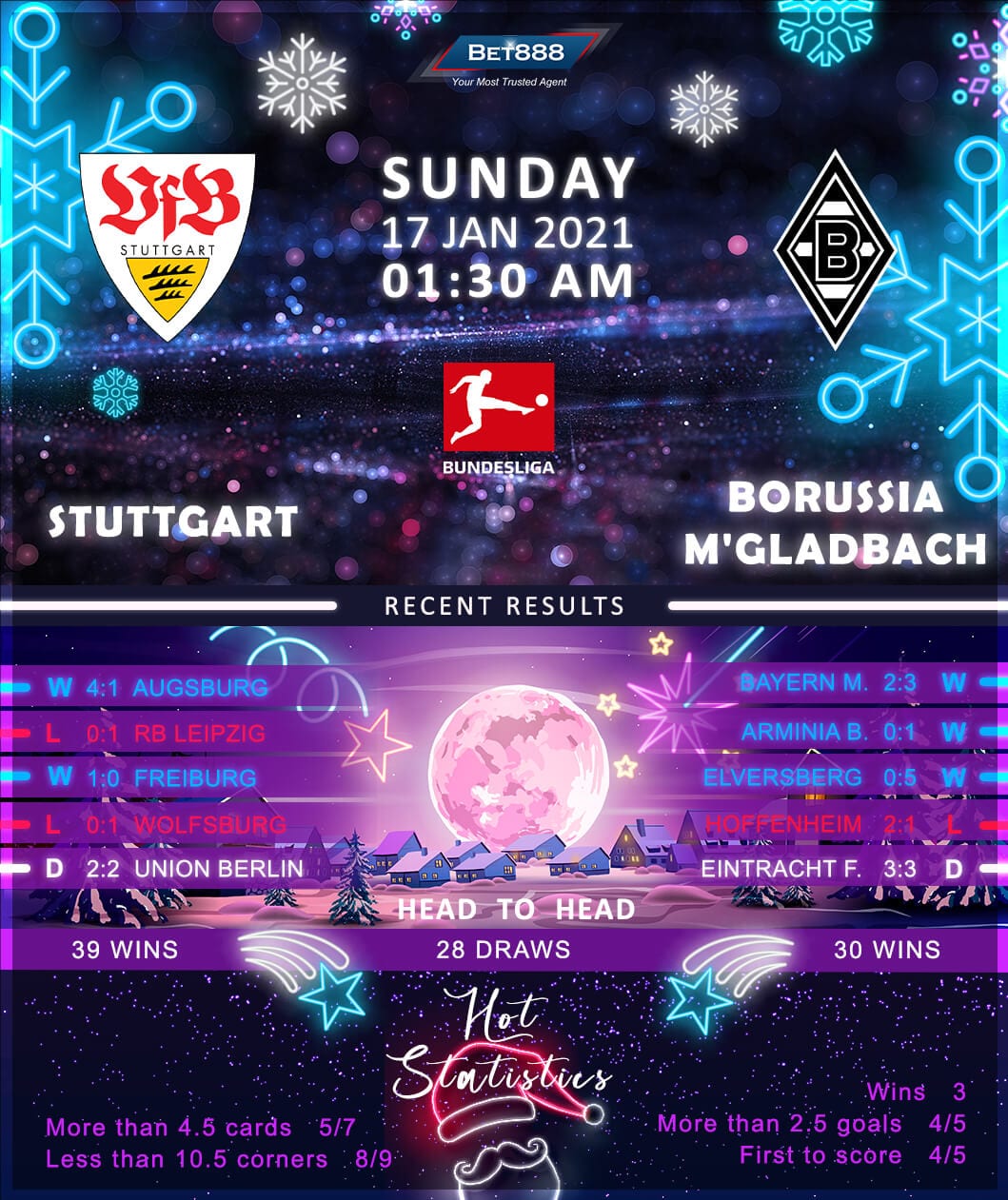