Relegation-threatened Mainz 05 travel to the Mercedes-Benz Arena to meet Stuttgart, looking to win back-to-back Bundesliga games for the first time this season.

Warming up for this fixture, ‘Die Schwaben’ have won just one of their last seven Bundesliga matches (D2, L4), conceding over 1.5 goals in four of them. Yet, the Mercedes-Benz Arena has been a venue of entertainment lately, as four of the last four top-flight games here have seen over 3.5 goals and both teams on the scoresheet (D2, L2), with both draws coming by the identical 2-2 scoreline. Curiously, none of the last five Bundesliga meetings between Stuttgart and Mainz held at this stadium have ended level (W2, L3), with the sides alternating between a win and a loss on each occasion. Stuttgart’s hopes of winning here will heavily hinge on whether they can avoid conceding the opening goal – they have not performed a single comeback in five Bundesliga home games when shipping the first goal (D3, L2).

As for Mainz, they pulled out a remarkable turnaround to beat RB Leipzig 3-2 at home last time out, putting an end to their disastrous nine-game winless Bundesliga streak (D3, L6). However, that victory against Leipzig was also the only time that Bo Svensson’s men have bounced back after falling behind in a Bundesliga fixture this term (L10). Additionally, ‘Die Nullfünfer’ have won just one of their eight away league matches this season (D2, L5), returning a dismal -10 goal difference from those trips (GF:9, GA:19). Particularly vulnerable after the half-time break, the visitors have conceded a league-high 13 second-half goals on the road this season. In return, they’ve scored just four times in that same timeframe. 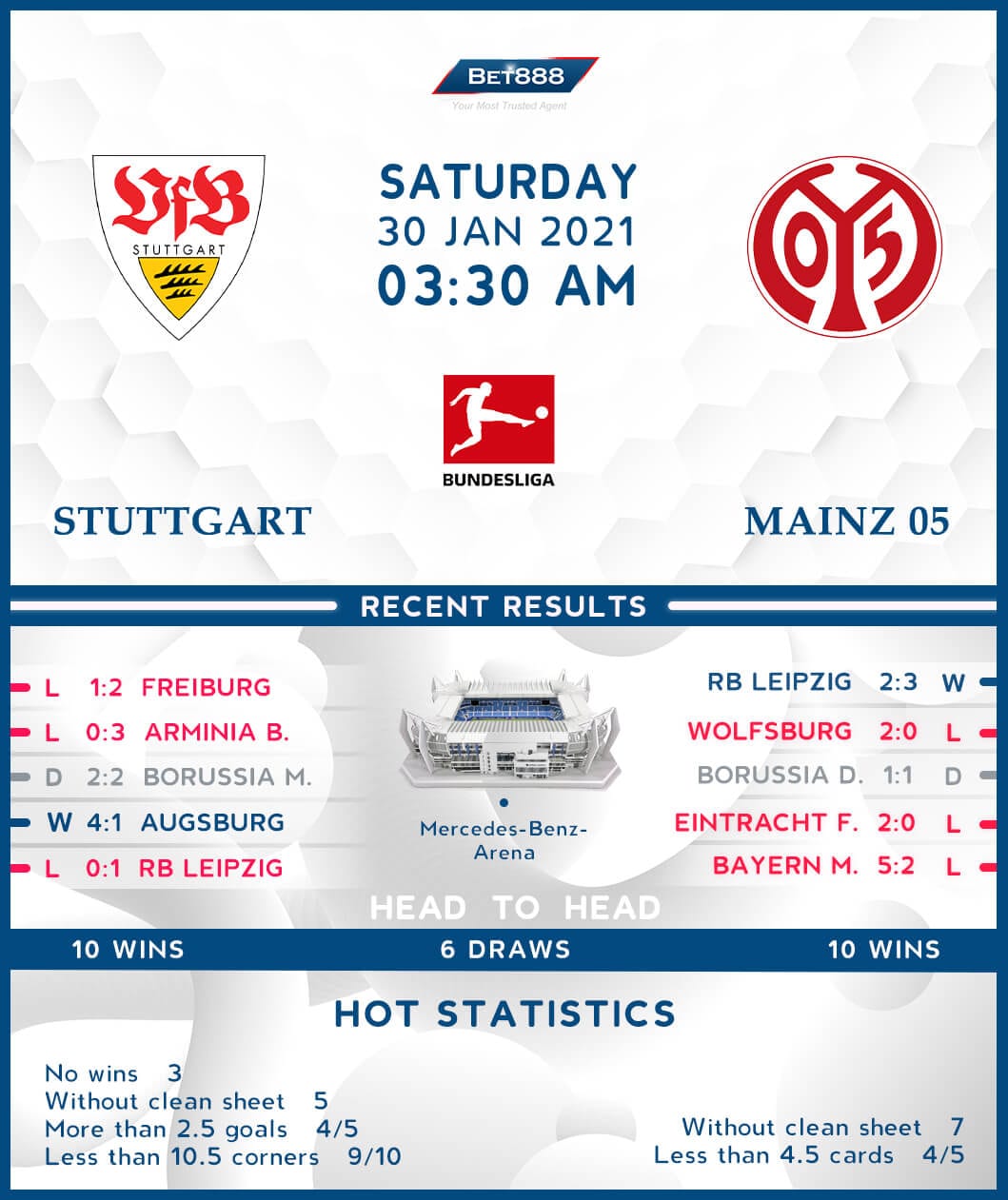