Stuttgart and RB Leipzig are set to face off at the Mercedes-Benz Arena in their first Bundesliga fixture in 2021.

Stuttgart have gone from back-to-back Bundesliga victories to two consecutive league games without a triumph (D1, L1), conceding the opener within 50 minutes in both fixtures they failed to win. ‘Die Schwaben’ enter this round as one of just four sides yet to register a single Bundesliga win at home this season (D4, L2), letting in over 1.5 goals in four of their six such contests. Furthermore, they have failed to outplay RB Leipzig in any of their four historical Bundesliga meetings (D1, L3), drawing a blank on three of those occasions. Yet, if they manage to score here, as they did in each of their opening six Bundesliga home matches, Pellegrino Matarazzo’s men are likely to do it after the half-time break – 16 (61.54%) of Stuttgart’s 26 league goals scored have come in the second half.

Meanwhile, RB Leipzig head into this encounter on the back of a seven-game undefeated Bundesliga streak (W4, D3), as they trail top-placed Bayern Munich by just two points ahead of the kick-off. However, ‘Die Roten Bullen’ have returned only 28.57% (8) of their 28 league points on the road, with just a third of their total league goals scored coming away from home (8/24). Given their attacking-minded football and tremendous potential in the final third, it may come as some surprise that Julian Nagelsmann’s men have scored within 15 minutes of play in just two of their 13 Bundesliga fixtures this season. Indeed, low scoring has been a theme for Leipzig on the road this term, as five (83.33%) of their six away league matches have featured under 2.5 total goals. 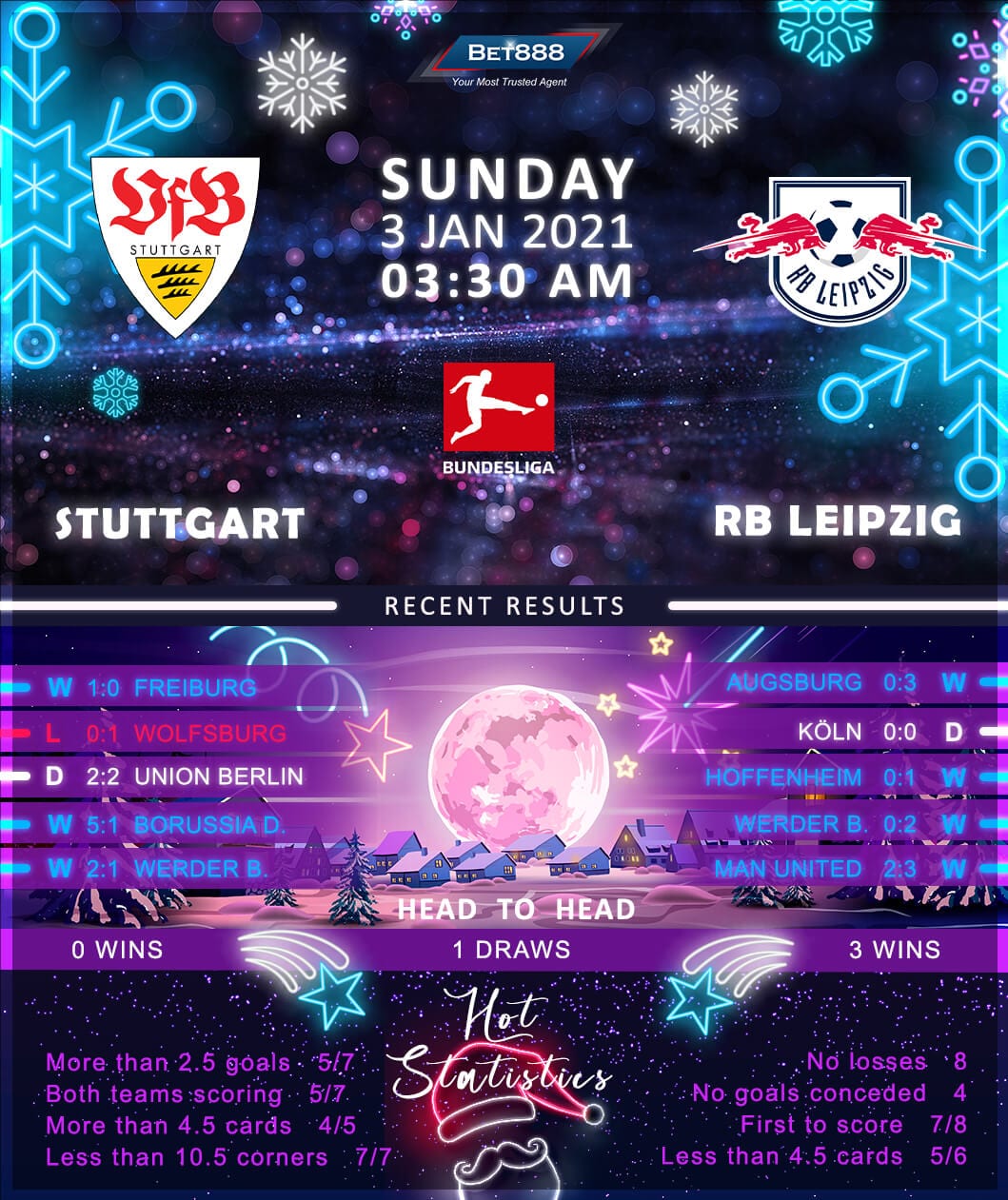