Stuttgart and Werder Bremen go head-to-head at the Mercedes-Benz Arena in a mid-table Bundesliga showdown.

Stuttgart went down 4-0 at Bayern Munich last time out, seeing their five-game unbeaten Bundesliga run come to a halt (W3, D2). Curiously, before being held goalless to Bayern, ‘Die Schwaben’ had found the net in eight consecutive league fixtures, netting 2+ goals on half (4) of those occasions. Yet, of 47 goals they have managed to score in the Bundesliga this season, only 21 (44.68%) have arrived on home turf. Ahead of the kick-off, though, Pellegrino Matarazzo’s men have avoided defeat in their last five home league matches (W3, D2), winning twice in a row for the first time this term. Furthermore, Stuttgart have been victorious in three of their last four Bundesliga meetings with Werder (D1), as many triumphs as they had in their previous 16 H2Hs in the competition.

On the other hand, Werder endured a dip in form heading into the international break, going from three consecutive Bundesliga matches without losing (W2, D1) to back-to-back defeats, both of which saw them concede precisely twice in the first half. Away from home, the visitors have registered partial success across their six league fixtures this calendar year (W2, D2, L2), with three of the four games won/lost in that period seeing the victor keep a clean sheet. Despite failing to win any of their last four top-flight clashes against Stuttgart (D1, L3), Werder can draw confidence from the fact that they have netted more goals versus this opposition (179) than against any other German side. However, ‘Die Werderaner’ have established a habit of falling behind without recovering, ending up on the losing side in four of the five away Bundesliga matches in which they were behind this season (D1). 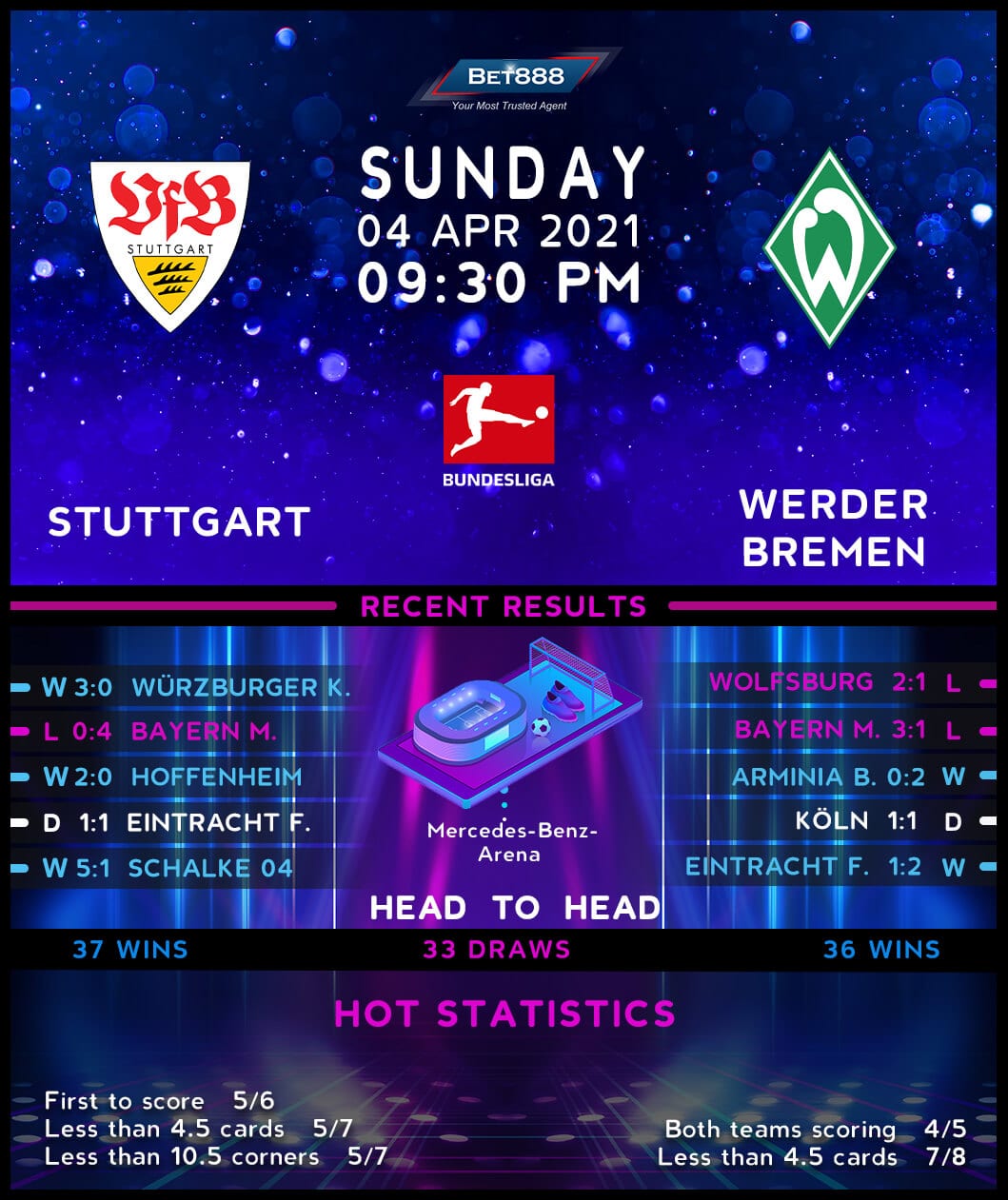