High-flying Pohang Steelers take a trip to the Suwon Sports Complex to take on bottom-half Suwon FC in an exciting K League 1 encounter.

Seung-Woo Lee’s late winner handed Suwon a narrow 1-0 triumph away to Gimcheon United last time out, ending his side’s underwhelming run of six winless league matches (D2, L4). Suwon’s last four K League 1 fixtures have yielded a full-time margin of under 1.5 goals, highlighting the potential for a tight, keenly-contested match-up. Adding to this theory, their two previous top-flight H2Hs at home have featured a single-goal margin (W1, L1), including a goal-friendly 4-3 victory in their most recent such showdown. However, the ‘Dashers’ head into proceedings having lost their last three home league matches by an aggregate score of 6-2. Indeed, you’d have to go back to April 10 to find Suwon’s last top-flight home win.

In the meantime, Pohang Steelers have racked up a three-game unbeaten K League 1 streak (W2, D1) since a 1-0 home loss to Jeonbuk Motors in mid-May. Kim Gi-dong’s men have netted 2+ goals in all three victories to take their seasonal tally to 21. Though only two sides have scored more goals this season than Pohang, their scoring average away from home is not as impressive as one would think. The visitors have bagged an average of 1.22 goals per K League 1 trip this term, going scoreless in two of their last four away league outings. Pohang’s disappointing away form has seen them alternate between draws (3) and defeats (2) across their last five top-flight travels. 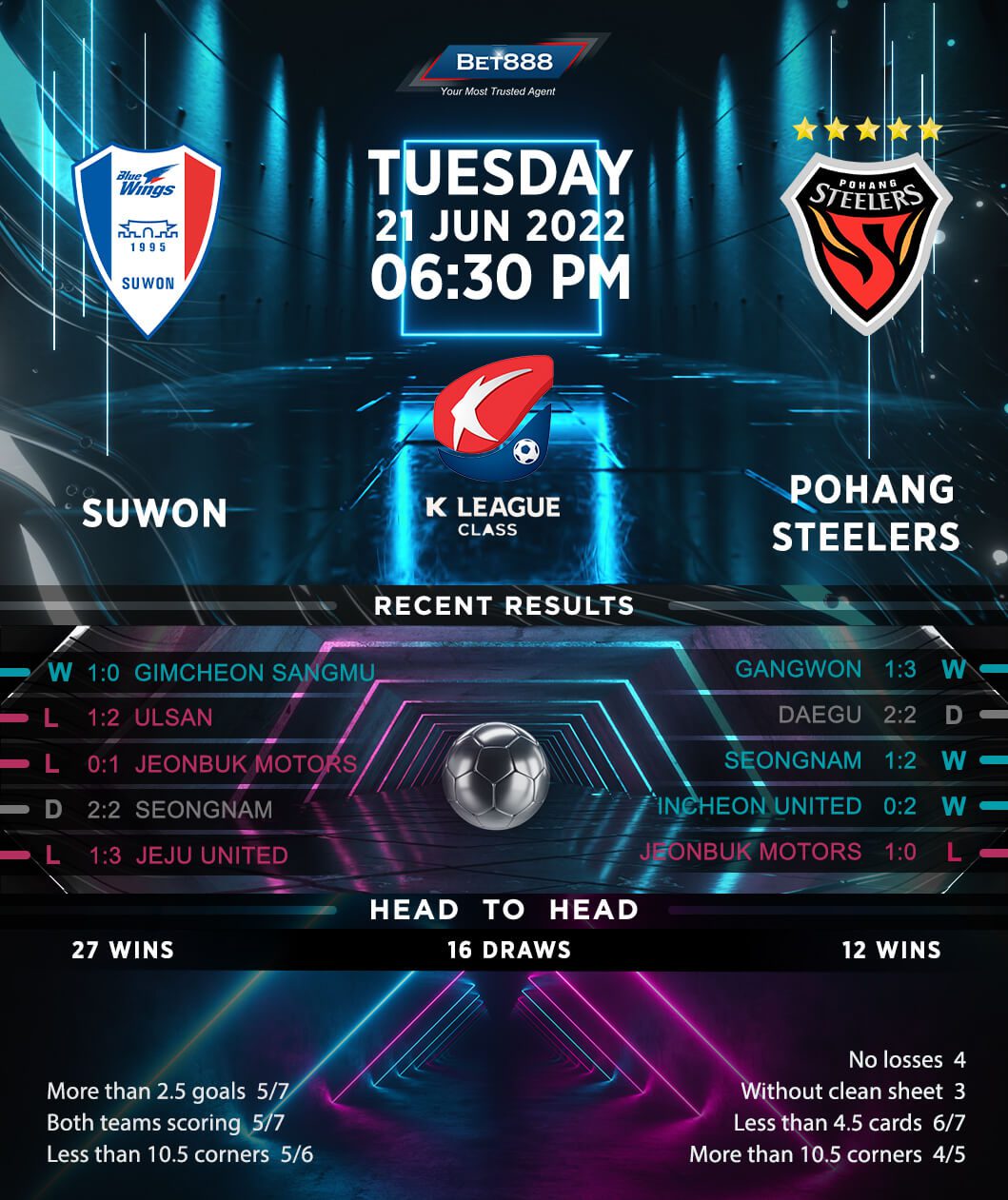