Sweden and Armenia are set to square off at the Friends Arena in the home team’s ultimate warm-up fixture ahead of the postponed Euro 2020.

After a tumultuous period that saw them lose four of their five fixtures on various fronts (W1), the hosts have hit a purple patch, winning the last four matches in a row by an aggregate score of 7-0. Curiously, since a 1-1 stalemate with Spain in the European Championship Qualifying back in October 2020, none of Sweden’s subsequent 16 games have ended level (W10, L6). Scoring first could be of the essence, considering 12 of those 16 matches won/lost saw the victor keep a clean sheet. Additionally, none of Sweden’s last nine home fixtures have ended as a draw (W7, L2), with all but one of those results (win/loss) yielding a blank sheet. Delivering action from the onset, Janne Andersson’s men have netted the first-half opener in each of their last four games on home soil.

Meanwhile, the visitors have hit the ground running on the international stage since losing 2-1 to North Macedonia in the UEFA Nations League in September 2020, putting together nine straight games without defeat (W6, D3). However, entertainment has been relatively sparse in Armenia’s recent matches as four of their last five outings have featured under 2.5 total goals. For Armenia, away goals have been at a premium lately, with Joaquin Caparros’ men netting one goal or less in seven of their last eight road trips. If they find the net here, it is likely to take place later in the game, considering three of their last four goals on the road have come beyond the 70th minute. 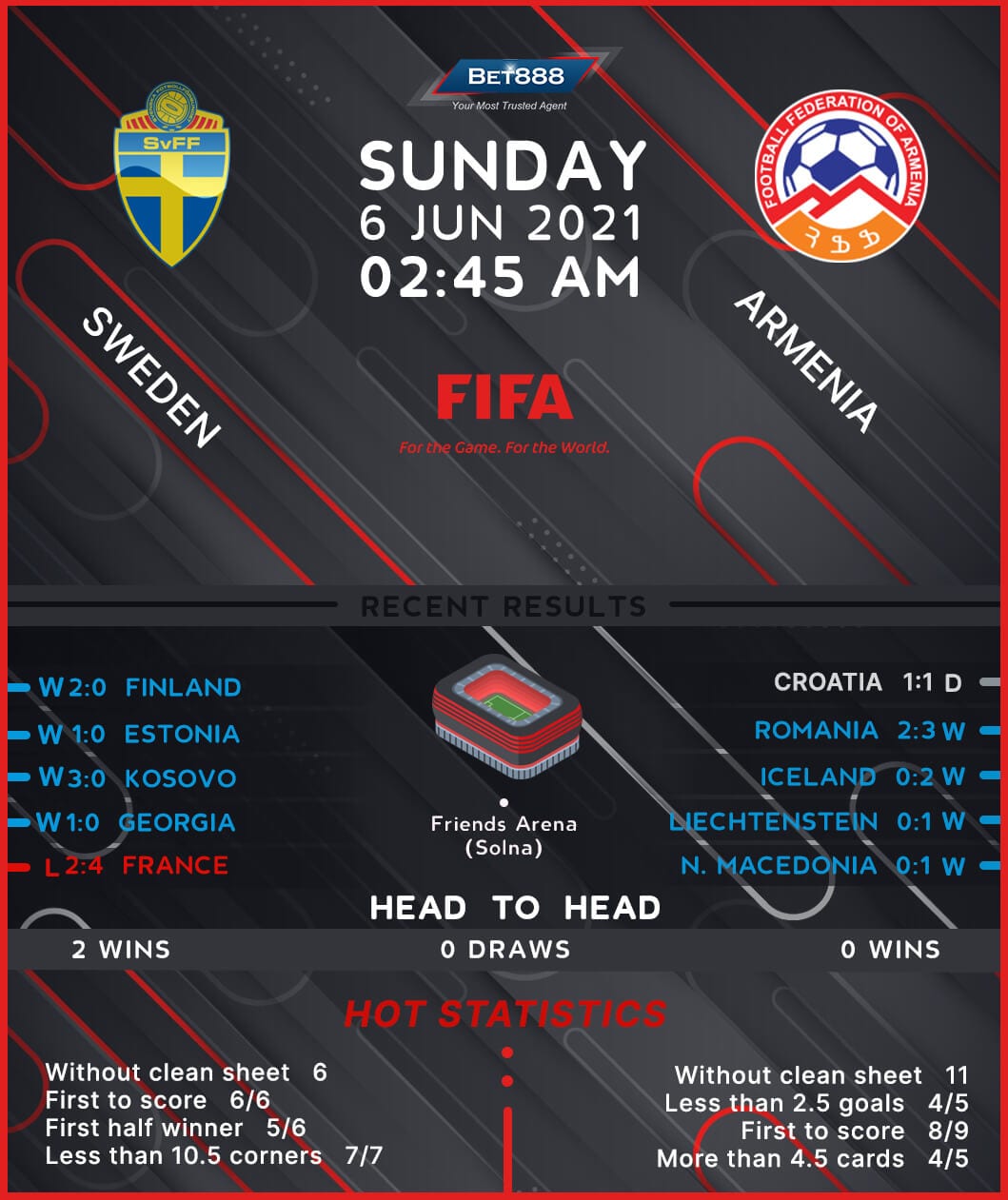