Friends Arena is the venue as Sweden and the Czech Republic go head-to-head in an intriguing FIFA World Cup qualification semi-final tie.

After reaching the quarter-finals at ‘Russia 2018,’ Russia are seeking back-to-back appearances at the World Cup finals, having finished runners-up to Spain in World Cup qualifying Group B. That’s after losing their final two group stage fixtures without scoring. A lack of firepower up front has forced head coach Janne Andersson to recall the 40-year-old Zlatan Ibrahimovic, who will miss out on this semi-final tie due to suspension. Back on home turf following a brace of defeats on the road, Sweden will feel confident about their hopes of advancing to the play-offs final, having won their last nine home internationals on the spin. What’s more, the ‘Blagult’ have netted 2+ goals in each of their last six such fixtures, including a 2-1 win over Spain back in September 2021.

On the other hand, the Czech Republic failed to secure a top-two finish in World Cup qualifying Group E despite landing a pair of 2-0 wins over sub-par opponents on the final two matchdays. Yet, they’ve reached the play-off semi-finals via the UEFA Nations League, presenting themselves with an opportunity to advance to the World Cup finals for the first time since 2006. Jaroslav Silhavy’s men will be without several first-team defenders, but Patrik Schick’s return to the fold will hand the Czechs’ bid to outplay Sweden here a massive boost. Although the Czechs lament an indifferent seven-game form on hostile turf (W3, D1, L3), it’s worth noting that each of those three defeats in that sequence came at the hands of nations currently ranked inside FIFA’s top-10. 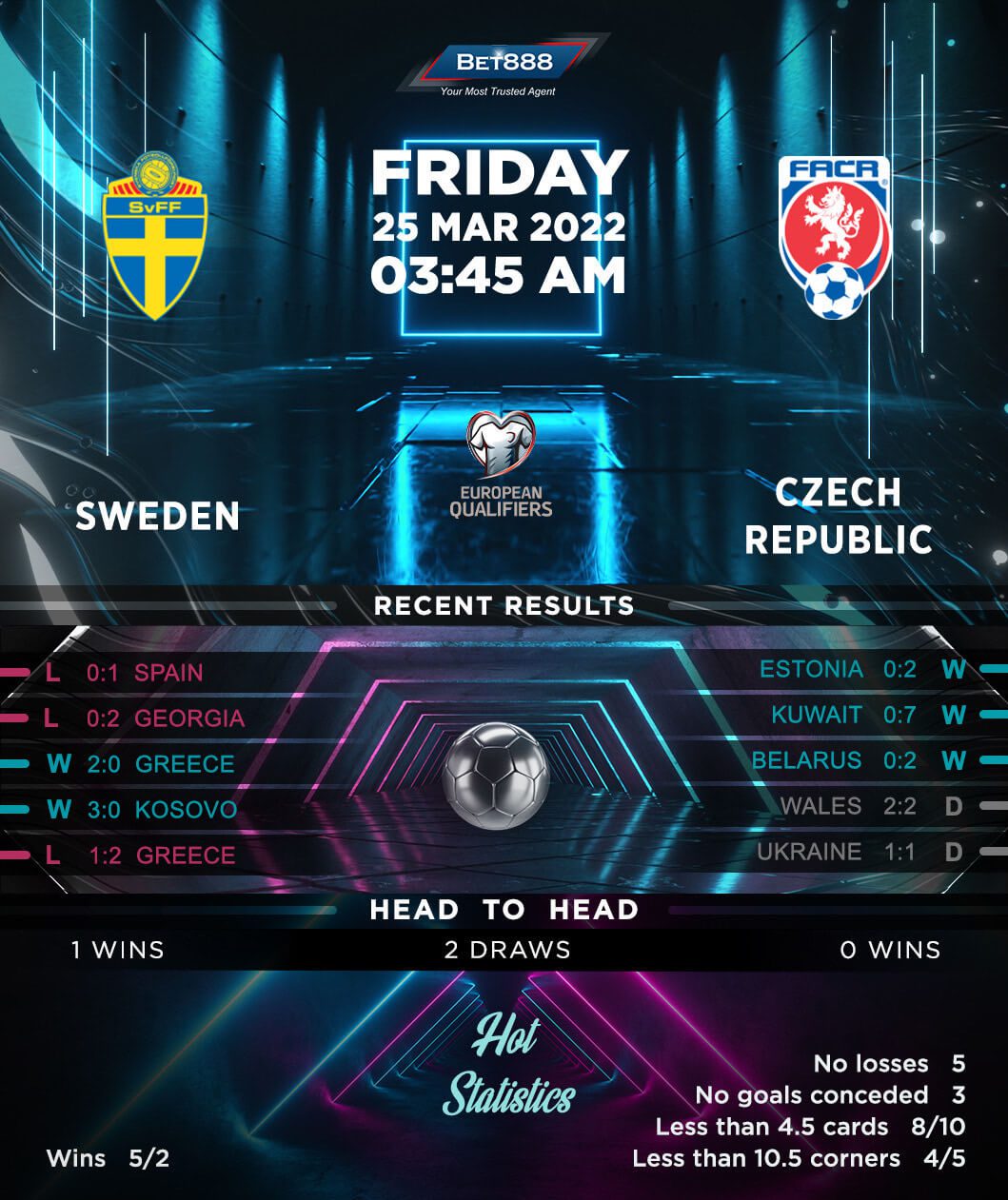